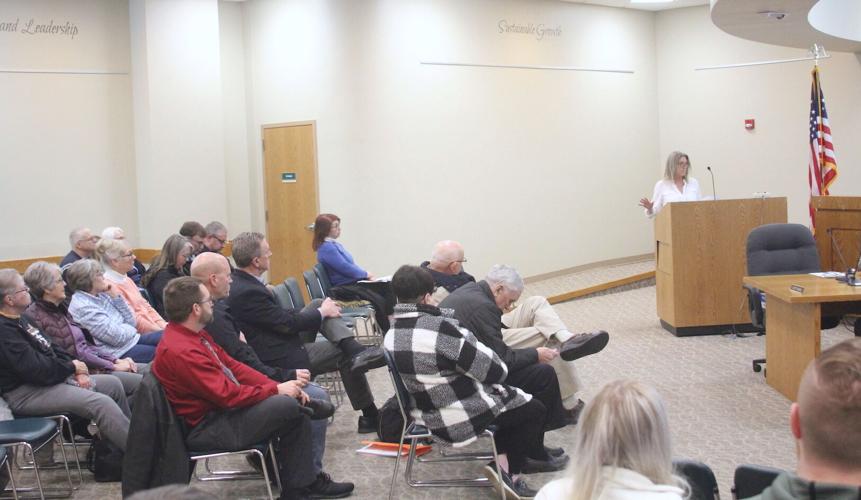 Jennifer Harper (right, at podium) and a handful of other citizens raised concerns about the cell tower during a public hearing at the Jan. 19 planning commission meeting. 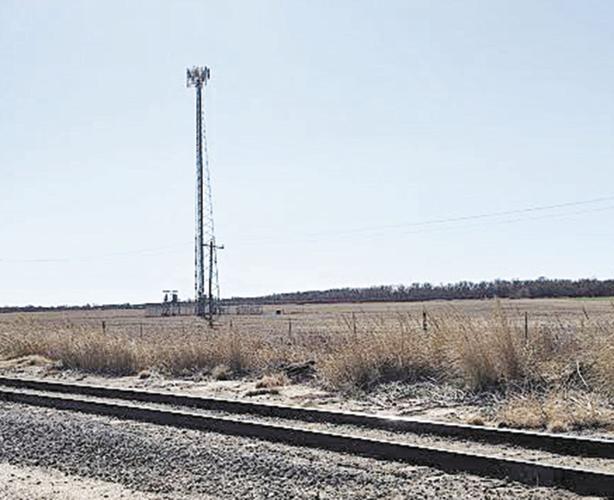 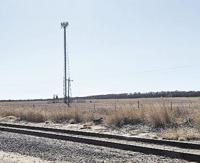 Like a similar structure proposed in 2020, construction of a monopole cell tower (pictured) east of the Derby city limits was recommended for disapproval at the latest planning commission on Jan. 19. 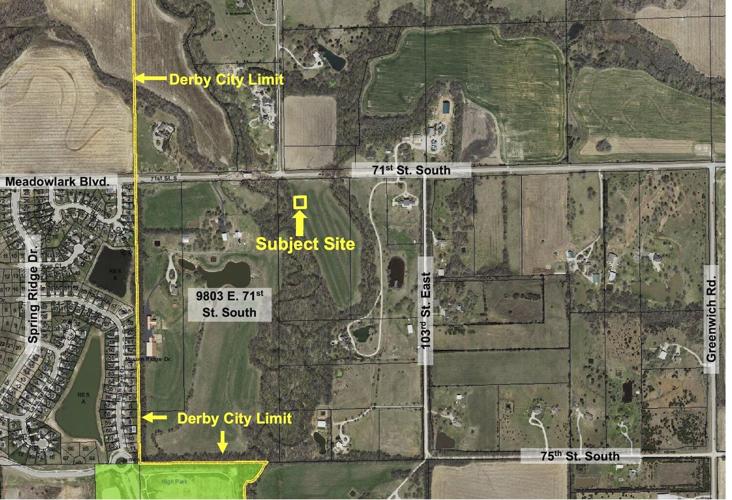 The newly proposed cell tower would be located northeast of the tower proposed in 2020 – at the intersection of 71st Street South and 99th Street East.

Once again, a county conditional use permit (CUP) for construction of an AT&T cell tower east of Derby city limits came under scrutiny at the most recent meeting of the Derby Planning Commission on Jan. 19. The commission ultimately voted to recommend disapproval of the CUP for the tower, proposed near the intersection of 71st Street South and 99th Street East.

While the tower would be located in Sedgwick County officially, being in Derby’s urban area of influence requires input from both the planning commission and Metropolitan Area Planning Department – which voted in favor of the CUP on Jan. 19.

In 2020, a similar proposition came before the city for a taller tower to be located southwest – east of the roundabout on the north end of High Park – of the new recommended site. The tower proposed most recently would be a 195-foot monopole structure, with its construction to help increase coverage.

“They have a significant coverage gap in that area,” said Glen Locke, representing AT&T. “They really want to improve the coverage for Sedgwick County and the east side of the city of Derby.”

Addressing safety questions from the commission, Locke noted there were no concerns of falling hazards – given the design of the towers – and AT&T would comply with any requirements (i.e., lighting) noted by the Federal Aviation Administration.

Like with the previous cell tower proposal in the vicinity, there were a number of comments received from neighboring residents opposed to the tower’s construction.

Many Derby citizens cited safety concerns during the public hearing, also questioning FAA compliance given the proximity of McConnell Air Force Base and other private airfields nearby. They also reiterated statements made regarding the previous proposal – questioning the potential impact on the housing market in the surrounding area as well as the city’s own plan for future growth that direction.

“Everyone wants better cell phone service, but there’s a better way to do this,” said Mike Harper.

Regarding the safety concerns for other aircraft, Locke did note any new tower built is reviewed by the FAA before it comes online.

In determining its recommendation, City Planner Scott Knebel also noted state law prohibits governing bodies from making decisions based on a number of criteria – including demand for service, type of technology used or availability of other potential locations. Federal law, Knebel also pointed out, precludes the council from considering health risks as part of its determination.

During presentation of the findings of fact, commissioner Dana Quigley once again relayed concerns about the detrimental effect on nearby properties given what studies in the real estate industry have found.

“Electricity poles, communication poles [and] high structures does affect the marketability of the homes in the area and it could affect property values detrimentally,” Quigley said.

Ultimately, a motion from the commission to recommend approval failed 3-5 (with only commissioners Mitch Adams, Gary Renberger and Janet Sprecker in favor).

With the Derby Planning Commission’s action in contrast to that of the Metropolitan Area Planning Department, the CUP will now go before the Sedgwick County Commission for final action.