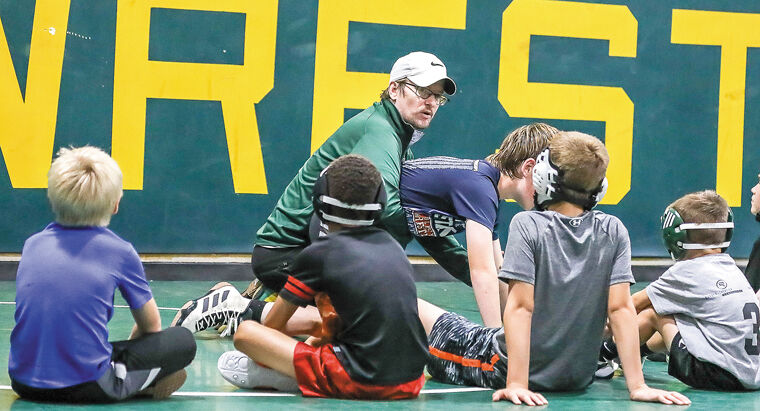 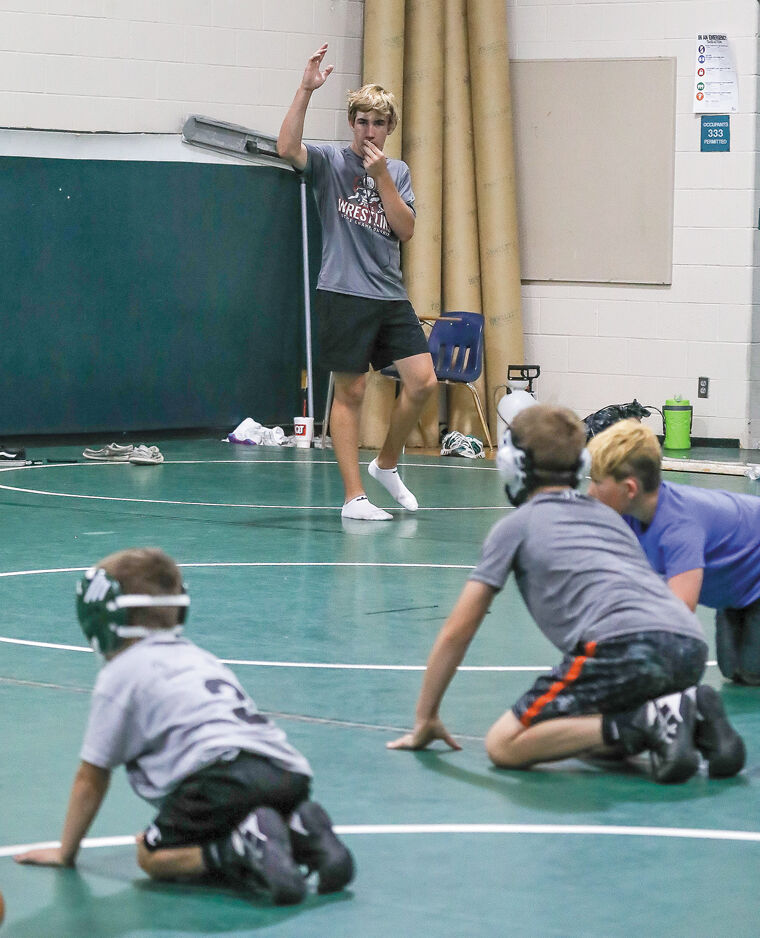 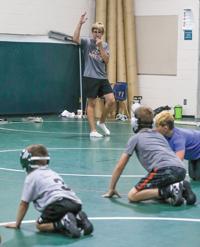 It is never quiet at Derby High School, even in the summer. Despite school being out of session, the high school is still buzzing with activity. Nestled in the Derby wrestling practice gym, the sound of whistles and bodies hitting the mats adds to the sound of the busy hallways.

The Derby Wrestling Club hosts a summer camp available to kids ranging from 4 years old to high school to help develop skills and build the foundation of the historic wrestling program at Derby.

The growth of the wrestling camp has been significant since its construction four years ago. Since then, the camp has grown from 18 wrestlers to 80 wrestlers participating in the 2021 summer camps.

“We now have three different camps going on in the summer,” Derby High School assistant wrestling coach Kelly Heincker said. “We have two practices a week for sixth grade and below and middle school and high school twice a week. Our first-year wrestlers will practice once a week.”

The growth of the wrestling club can be attributed to the summer camp and vice versa.

“The club has been growing for the last four or five years,” Heincker said. “The camp has been a result as well as a contributor to that growth.”

Refining technique is one of the primary goals of the camp to help wrestlers continue to develop.

“We focus on technique,” Heincker said. “We review the foundations that we have built, and then we start what we want to add in the summer.”

The camp helps athletes build on the basic techniques but also provides an outlet to try more advanced wrestling tactics.

“We try to keep it a little more engaging in the summer and do a little bit higher level technique because to them that is more fun,” Heincker said. “We still continue to go over the basics so that they do not lose the core.”

Current Derby wrestlers and alumni help teach and facilitate the camp, which provides an opportunity to teach the next generation of wrestlers while developing their skills.

“The kids look up to those high school kids in there helping run practice,” Heincker said. “One of the coolest aspects is the older kids getting to come back. They love it as much as the little kids because they remember how big of a deal it was for a high school kid to come in.”

There are plenty of advantages for the high school athletes who are helping teach the camp, and it provides a way to develop the skills of future wrestlers while also getting some time on the mats.

“It is really nice especially, all these little kids, to help them up,” junior Knowlyn Egan said. “They are the future of Derby wrestling, so we are trying to get them better so that we have a really good up-and-coming program.”

“It is nice because we still get to roll around and practice a little bit,” added junior Cole Molloy.

Setting the tone for the next season is a critical part of the summer for the high school practices. It is a time where wrestlers can get a good mindset and experience before the season.

“We talk about how to be a leader, setting goals and a lot of the other mental aspects we try to hit during the summer as much as possible,” Heincker said. “We do that because, during the year, it’s too late to set a goal and fix your mindset.”

The camp is in full swing and will feature practices led by college-level coaches and alumni.

“It will be a revolving door of awesomeness,” Heincker said.

In addition, there will be a couple of tournaments over the summer that the wrestling club will participate in before ending the summer camp on July 22.