You are the owner of this article.
Edit Article Add New Article
You have permission to edit this article.
Edit
Home
News
Sports
Coupons & Offers
Obituaries
Classifieds
Public Notices
Subscribe
Contact Us
Community
1 of 7 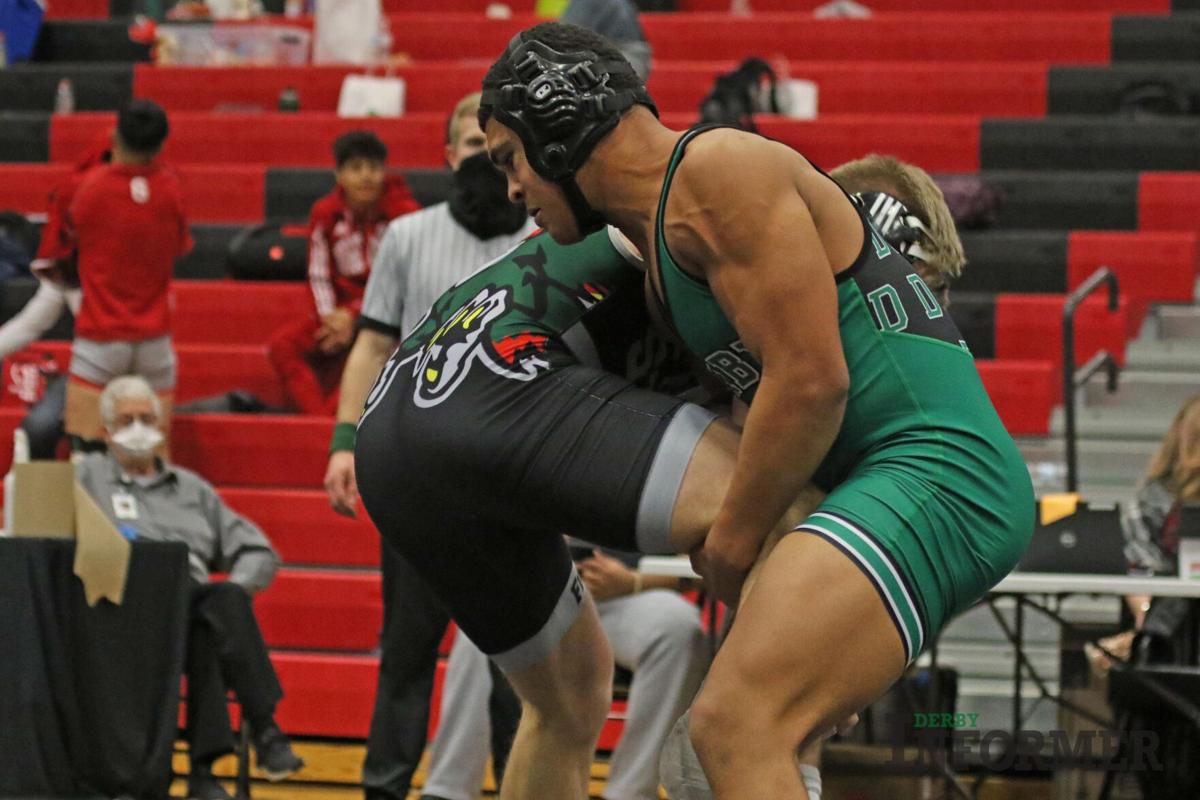 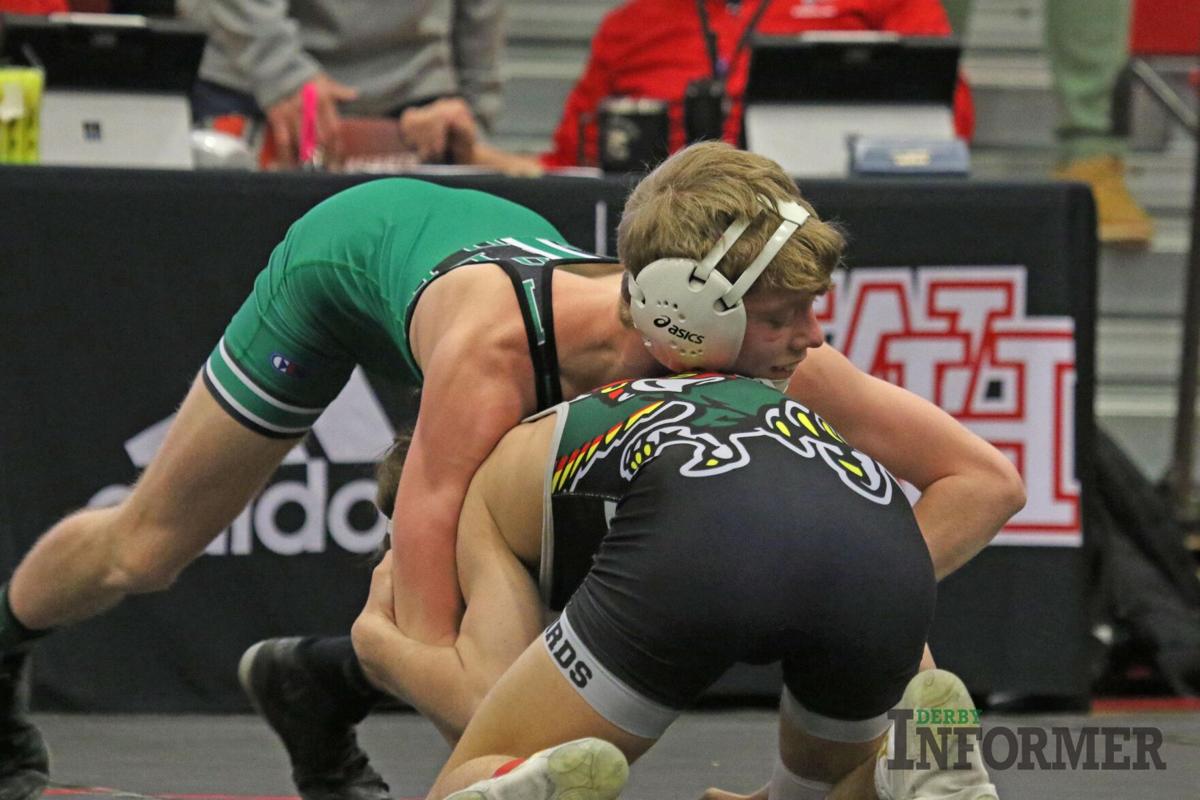 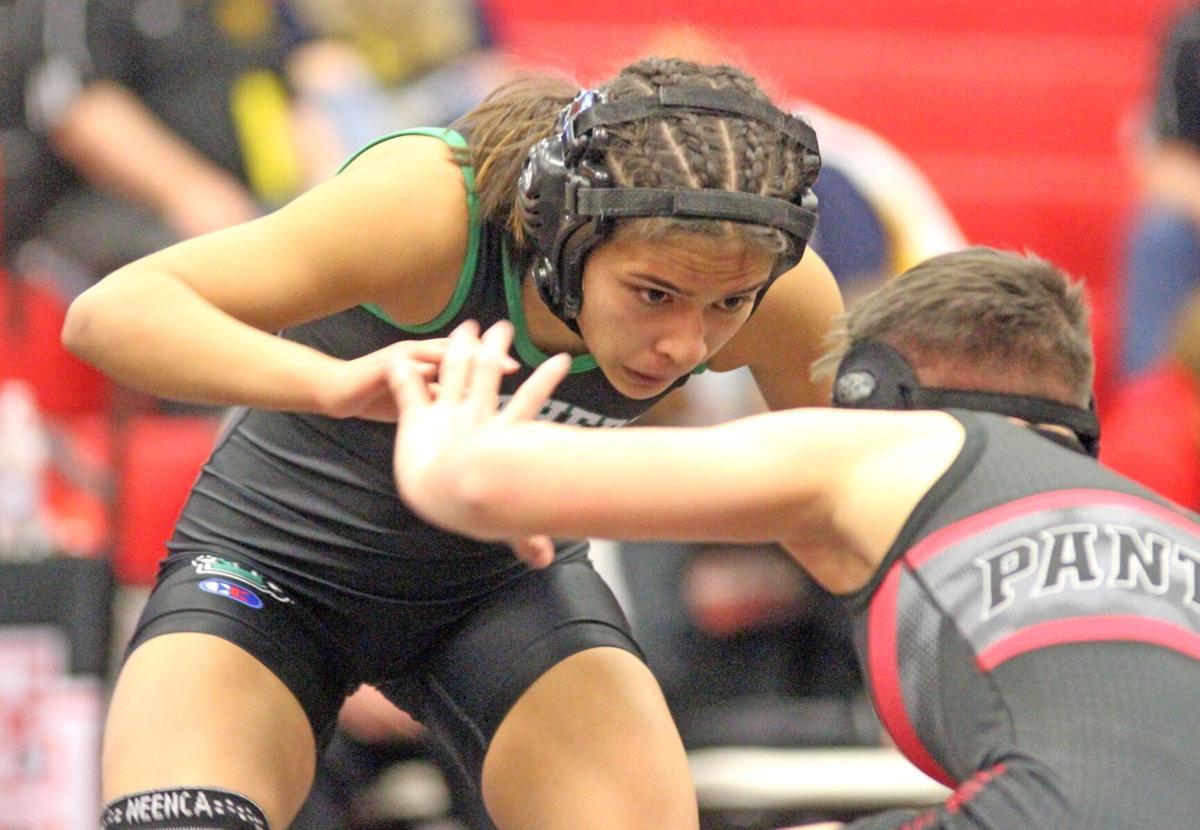 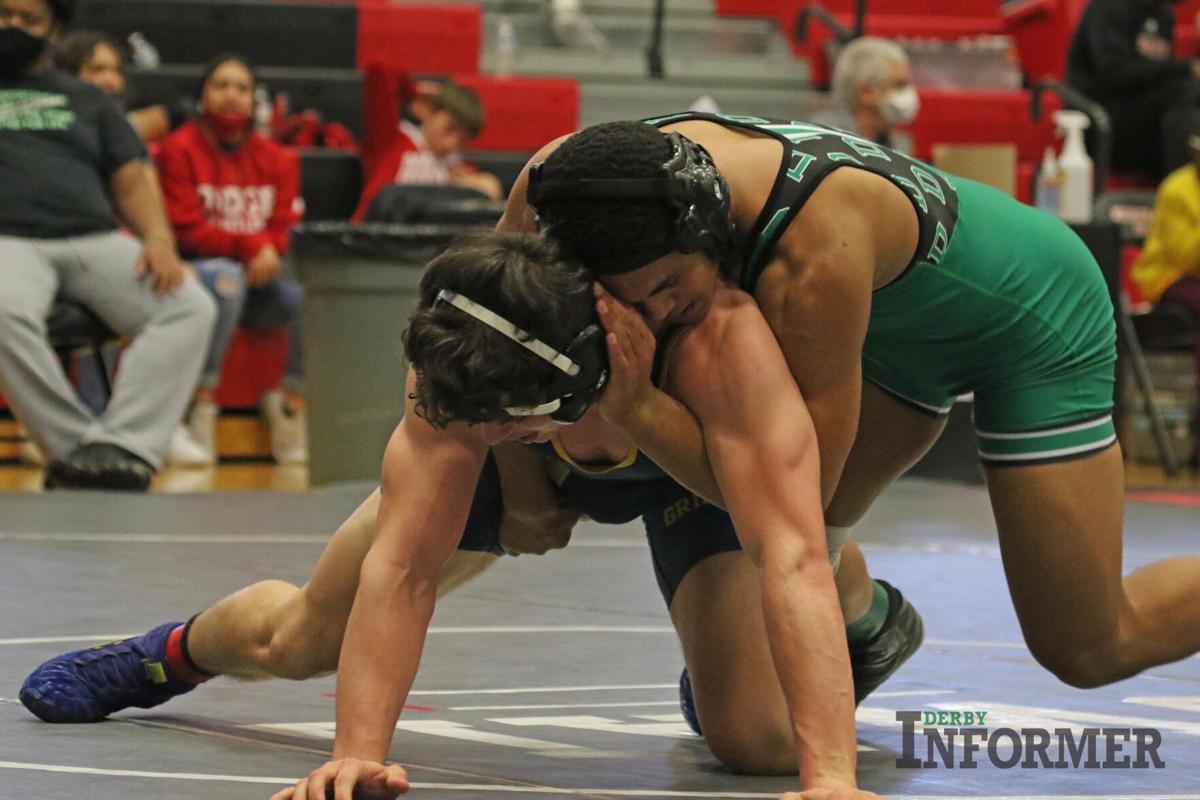 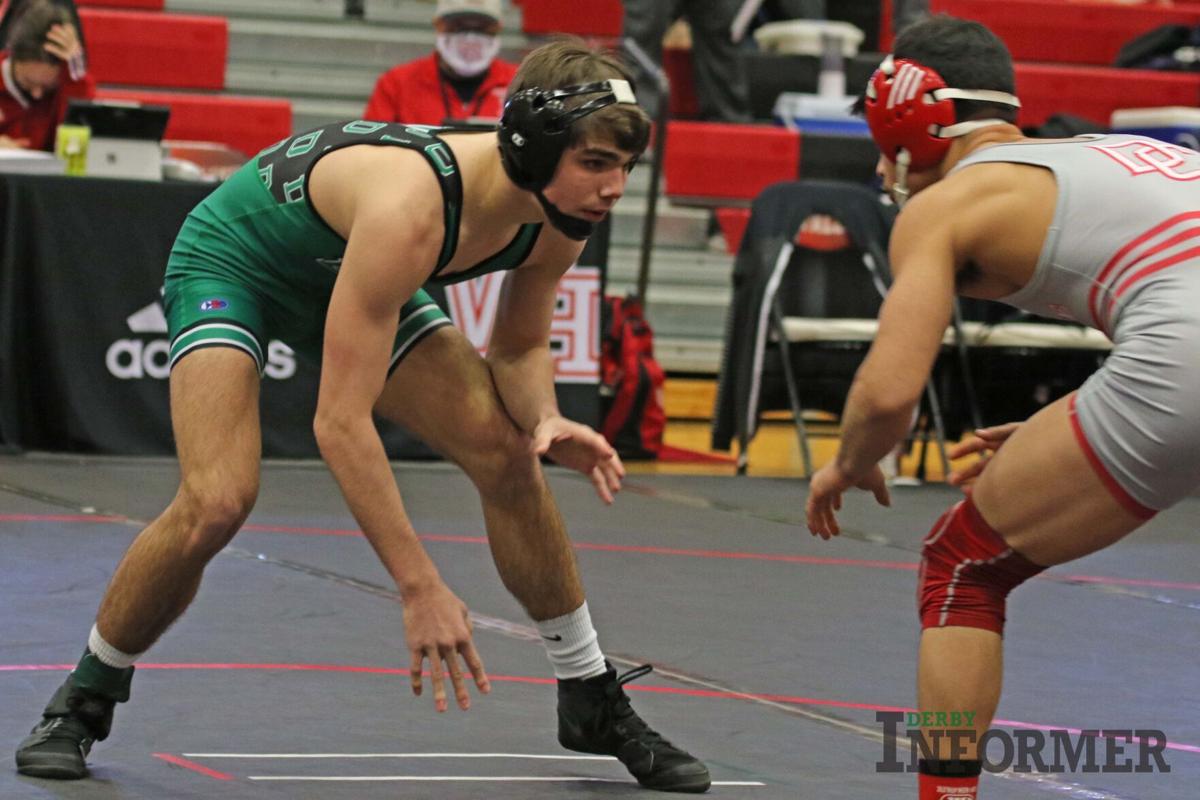 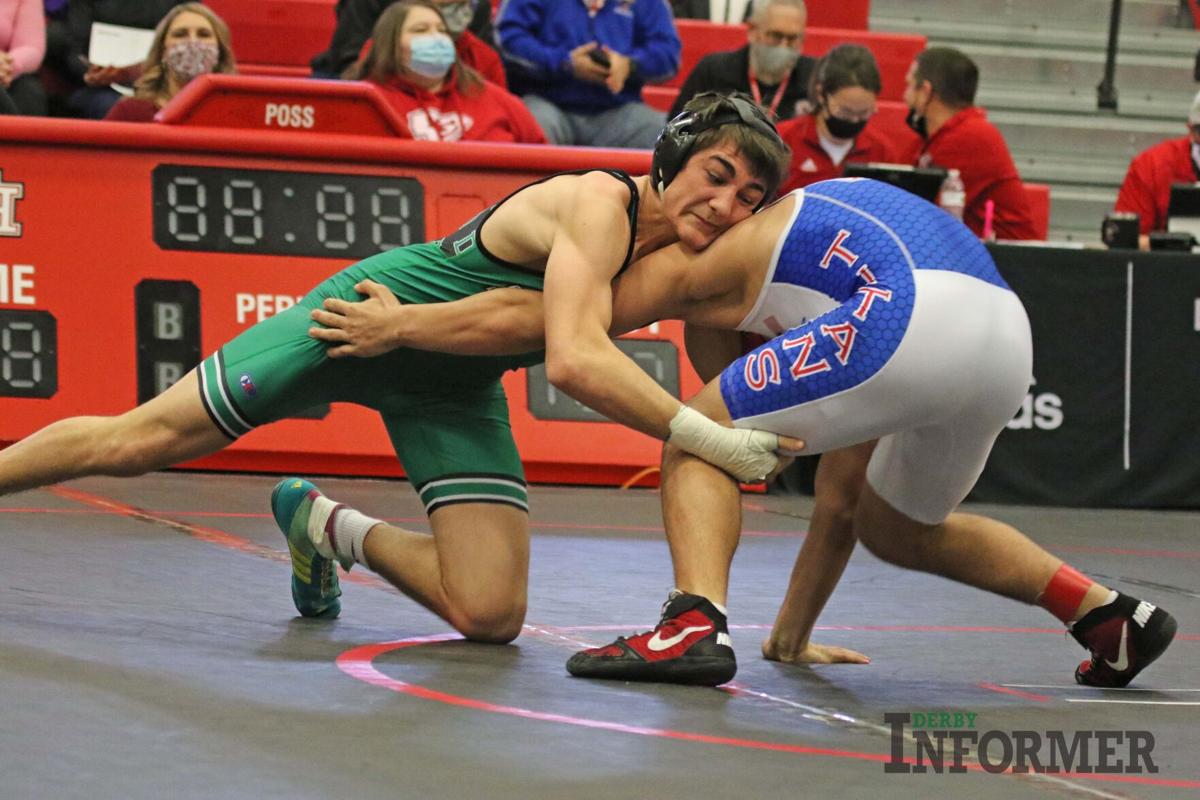 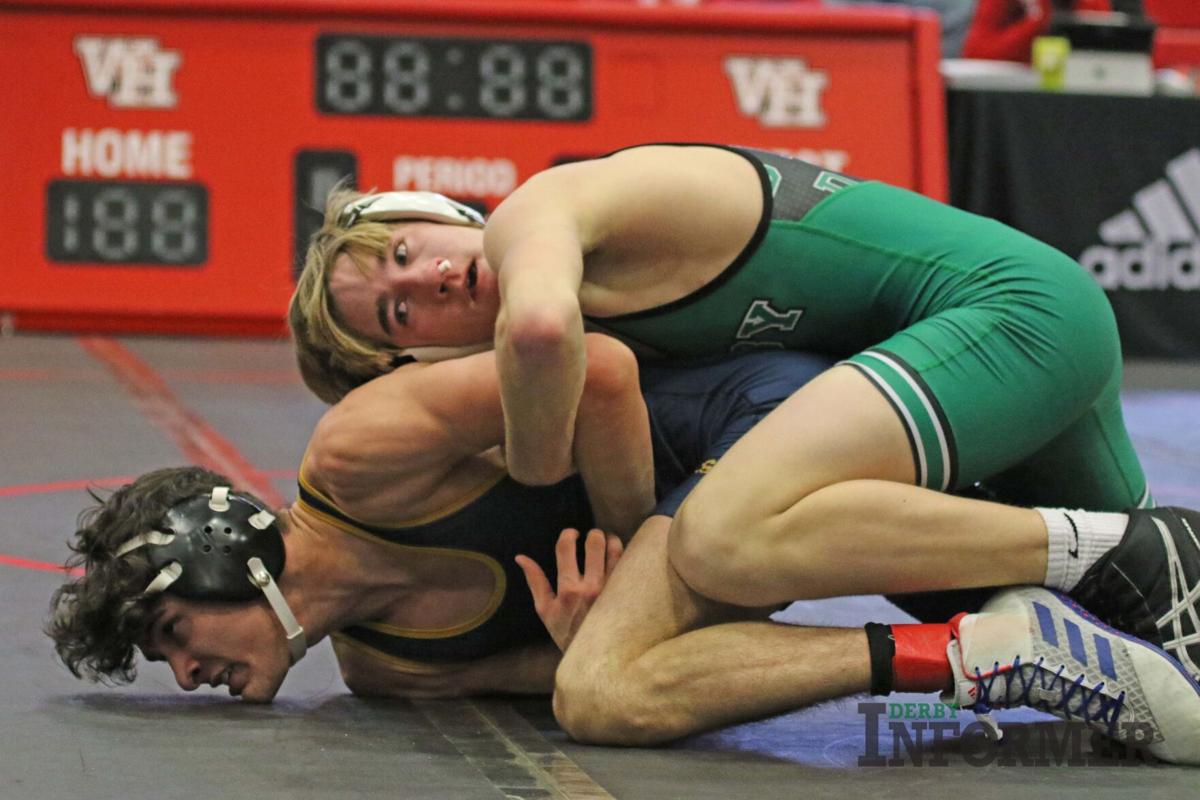 One round of postseason wrestling remains.

Six Derby wrestlers will represent their program at the Class 6A state tournament at Hartman Arena in Park City, Kan. The girls matches will be held on Thursday, Feb. 25, while the boys will be two days later.

Ehsa got her money’s worth in sub-state. The freshman picked up 16 points to defeat Garden City’s Chloe Sullivan in the quarterfinals. The next round led to Breckyn Elliott of Great Bend, who is No. 1 in Division I wrestling. Ehsa held a 5-0 edge after the first period and took Elliott to overtime, but was unable to pick up the win in a SV-1, 7-5 loss. She then needed overtime to knock off Dodge City’s Stephanie Ortega (TB-1 7-5) to advance to state.

“I’m very excited for her,” Ross said. “She has worked her tail off and she has been a joy to work with. She has only been doing it for two years and she loves the sport.”

Woods’ mission for a state championship was on full display at Saturday’s meet. He is now positioned to rebound from his state championship loss, entering state as the No. 1 wrestler at 106 pounds. He is a three-time state qualifier and is in pursuit of his third state medal. After winning regionals, the senior is now 4-0 against other ranked wrestlers this postseason. Saturday’s bracket final gave Woods his second-straight win over Washburn Rural’s Jonathan Morrison (dec. 6-4).

“He has to realize he is the senior and that he’s the two-time state placer in this bracket,” Ross said. “… He knows he’s the favorite, he has the experience, has wrestled since an early age and he just has to go out and wrestle the way he knows how to.”

A different tone came about Saturday for Tate, his teammates and his family. After seeing his brother Treyton sustain a season-ending knee injury, the team as a whole was forced to bounce back after seeing one of its seniors go down unexpectedly. Tate fell just two points shy of a sub-state championship, losing to Campus’ Dylan Sheler (dec. 7-6). The sophomore will be making his second trip to state in as many seasons. He shut out his first two opponents, picking up wins over Dodge City’s Ismael Ramirez (dec. 6-0) and Junction City's Patrick Foxworth (dec. 2-0).

“It doesn’t take a whole lot to motivate Tate,” Ross said. “That motor is going 100 miles per hour and almost non-stop. He loves the sport, he loves practicing and he loves competing. Just the fact that he gets to wrestle at all is enough motivation for him.”

At the conclusion of last year’s state tournament, Egan became the fifth Derby freshman wrestler to place fourth or better at the meet since 2013. The sophomore picked up his second state trip in dominating fashion, crushing Junction City's Anthony Petrusky (MD 11-0) in the consolation semifinals. He clipped Campus' Jacob Rymer (dec. 3-2) to take the consolation final.

“Any time you have experience at the state tournament and you place, it pays dividends the next year,” Ross said. “With him having that experience, that is definitely going to play into it… he won’t fear anybody and he’ll be ready to go.

“He’s wrestling with a lot of confidence right now,” Ross said. “That kid is such a competitor and he hates to lose. That in and of itself is a big deal.”

Wash has made monster strides on the wrestling mat and it paid off with a trip to state. The sophomore faced the No. 1 wrestler in his weight, Quentin Saunders of Wichita West, in the championship semifinals. While he was unable to knock him off, he defeated two seniors, Washburn Rural’s Remington Stiles (No. 2 in 6A) and Lawrence Free State’s Austin Burenheide, to get to state. Both wrestlers were returning state qualifiers.

“With his work ethic, preparation and business-like approach [in sports] and in the classroom,” Ross said. “I wouldn’t be surprised if he doesn’t have his picture and name on the wall before he is done. You know as well as I do that the only way he gets his picture up there is if you’re a state champion.”

ALL 6A STATE QUALIFIERS