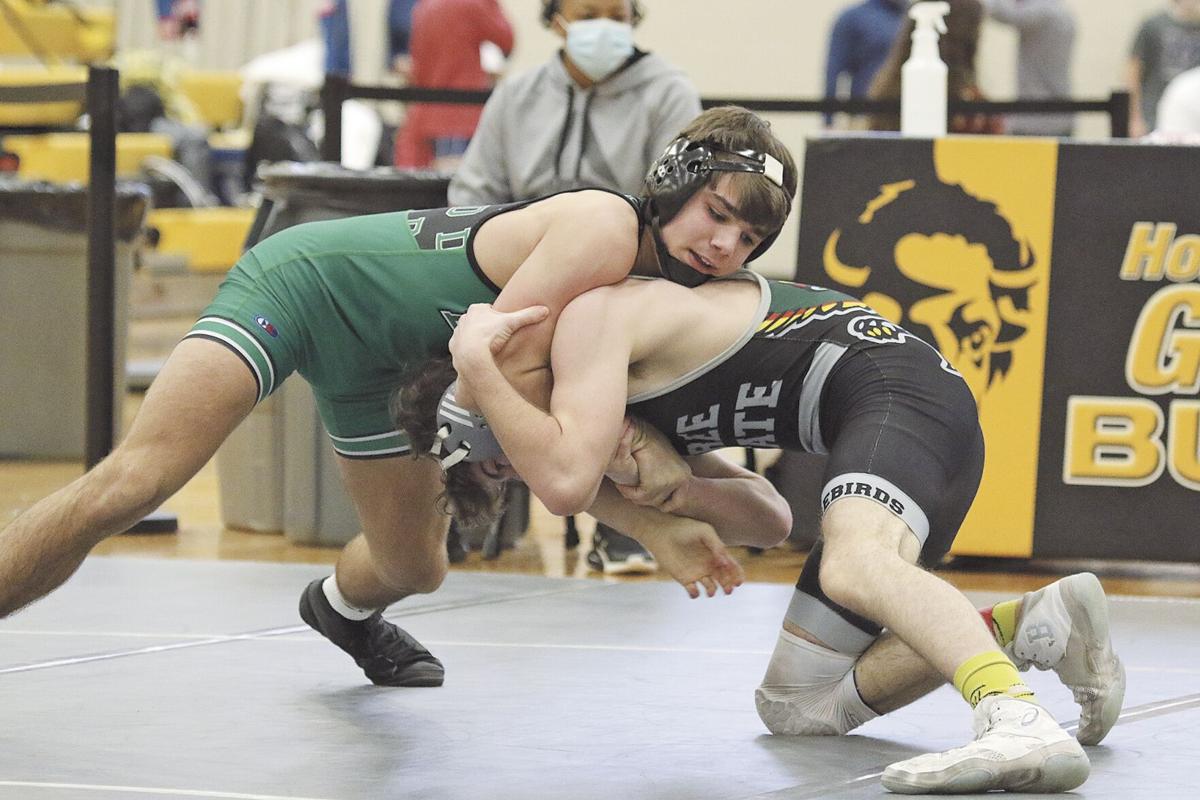 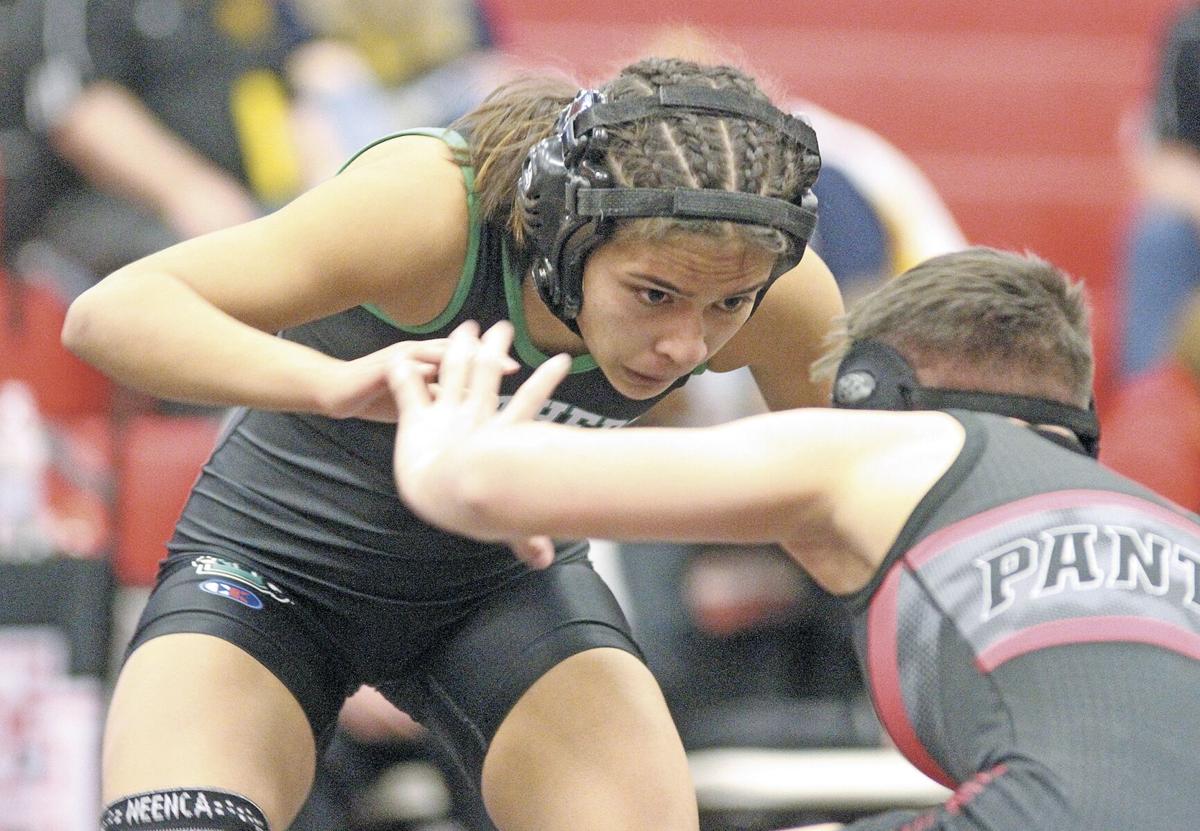 Sophomore Amara Ehsa will be the leader of the Derby girls wrestling team. Ehsa became the first state placer for the girls team last season.

There is something special in the works in the wrestling room at Derby High School. The years of tradition are inked all around the room, and the wrestlers are hard at work to keep Derby near the top of the premier programs in the state.

Through the first few weeks of practice, the energy around the program is high, even to the point where the coaching staff is motivated by the wrestlers.

“We have been totally impressed with the way these kids have come in,” head coach Bill Ross said. “They are listening to us during our meetings, our technique sessions and are busting their butts during conditioning. We have some new kids, and they are buying into what we are doing. I am supposed to motivate them, but the team is motivating me a little bit.”

The goal for the Panthers is to reclaim the state title for the first time since 2019 and have some solid experience returning throughout the roster.

“Our returners are very businesslike and come to practice ready to work, are good leaders and they are inspiring to the younger kids,” Ross said. “They have a goal in mind, and they want to go to state and win a state trophy. Our goal is to compete with the big dogs and see how we do.”

Derby is ranked fifth in the Kansas Wrestling Coaches Association’s preseason rankings after a fourth-place finish a year ago.

Juniors Knowlyn Egan (145), Miles Wash (195) and Tate Rusher (138) were all listed in the top six of their respective weight classes, but some new faces could add to the Panther roster.

“We have some kids that are flying under the radar a little bit,” Ross said. “I am not saying that we are going to win a state championship, but I will say that there are going to be some teams looking over their shoulder, and they are going to realize that Derby is in the house.”

Junior Braden Tatum was a 4A state placer at Rose Hill and transferred to Derby. Tatum was ranked fifth in the 126 weight class and a 4A state runner-up at 106 in 2021.

Rounding out the Panthers in the preseason rankings is freshman Jayden Grijalva, who had been a part of the Derby junior wrestling program and is ready to make a difference at 106.

“Jayden has wrestled in the junior program and has worked hard in the offseason,” Ross said. “He’s definitely going to be an impact wrestler for us, and we are looking forward to seeing what he can do for us.”

The Panthers will get a late influx of talent with 13 wrestlers coming into the wrestling room for the first time this season at the turn of the calendar because of the success of Derby football. For coach Ross, it isn’t an issue for the wrestling team, and it might even bring some momentum into the first few weeks of practice with a full squad.

“We don’t really have to have those guys ready to go until February, so we like to see those guys on the field and bringing home state titles because success breeds success,” Ross said. “Hopefully, it helps our guys out a little bit. We might be a little undermanned at the beginning of the season, but it doesn’t matter much.”

Heading into the third year of the girl’s wrestling program, the squad is looking to build on last season’s momentum led by 2020 state placer sophomore Amara Ehsa along with some additions to provide some crucial points.

“I’m excited to see what they can do with Amara Ehsa,” Ross said. “We have a couple of girls that moved in that were state placers. We have three girls that are capable of making the finals, and if you do that, you have a good chance to win state.”

The numbers have only escalated since beginning the program and had jumped from three girls to 14 in just three years of existence. Coach Ross is ecstatic about the rise in numbers and the success that the program has had.

“We started out with three girls, last year we had 10 and now we are up to 14 with a couple of state placers,” Ross said. “We are looking forward to continuing to build that program.”