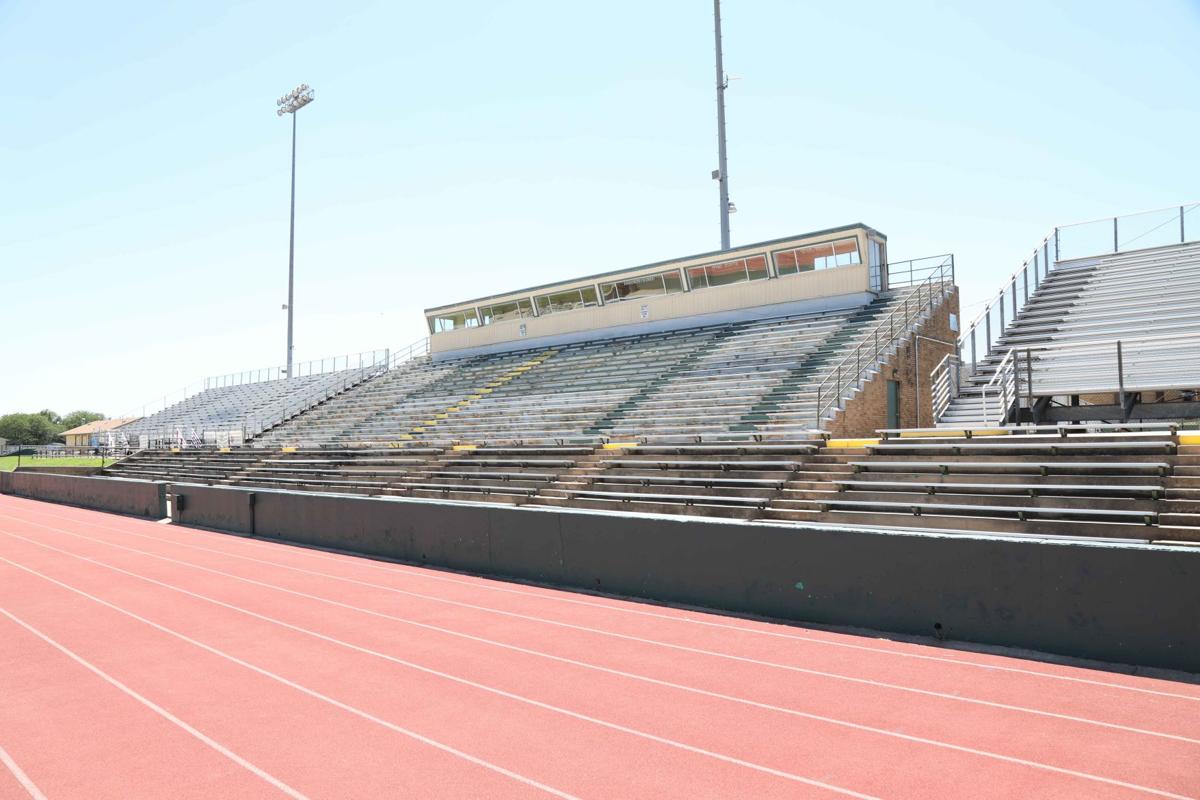 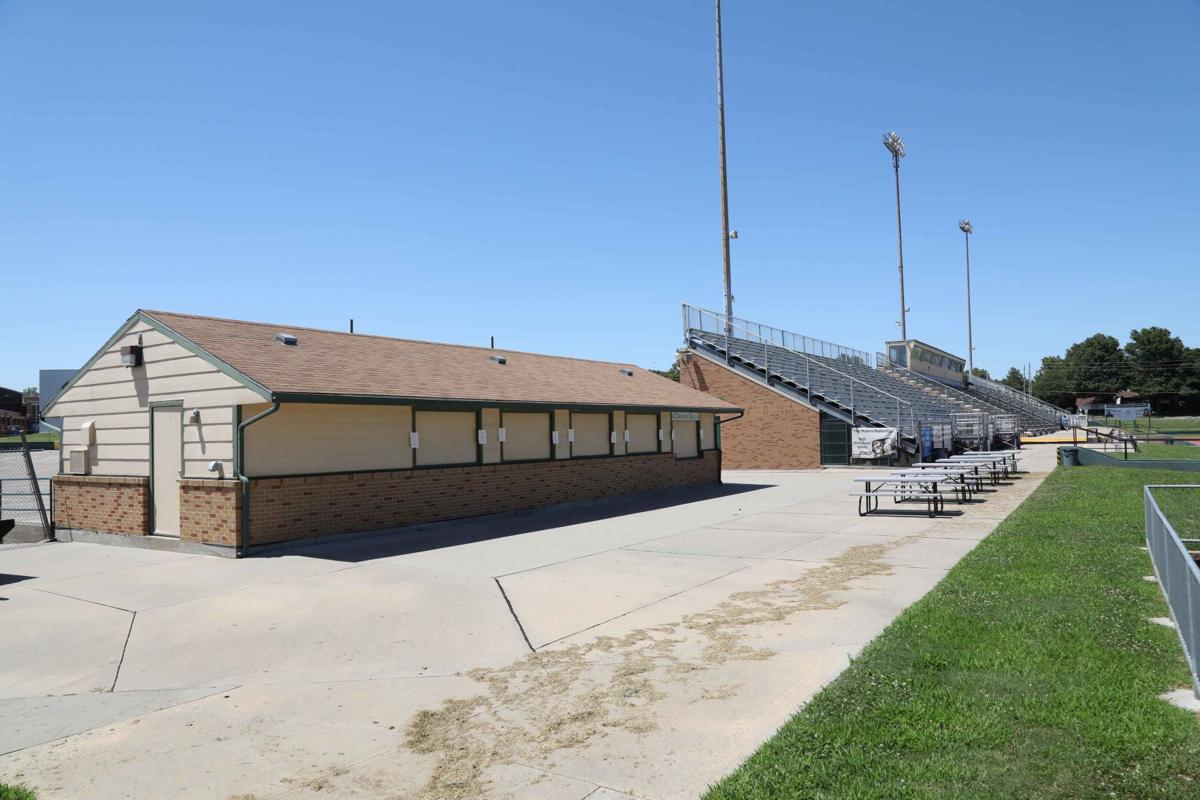 The current concession stand faces straight east, while the new renderings in the schematic design (below) put the building at an angle facing northeast. 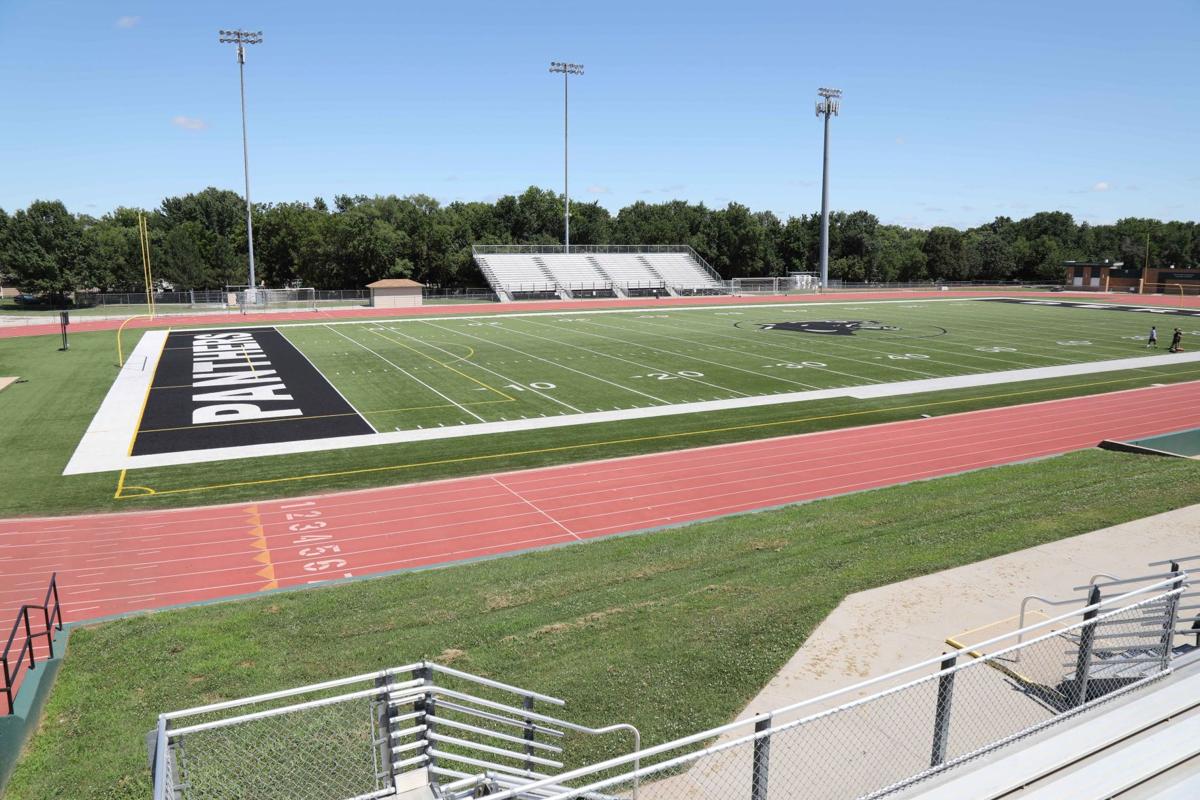 The field and track at Panther Stadium are going to be redone. Plans for the stadium project also include the removal of the grassy areas behind the retaining wall on the north and south side of the home seating. 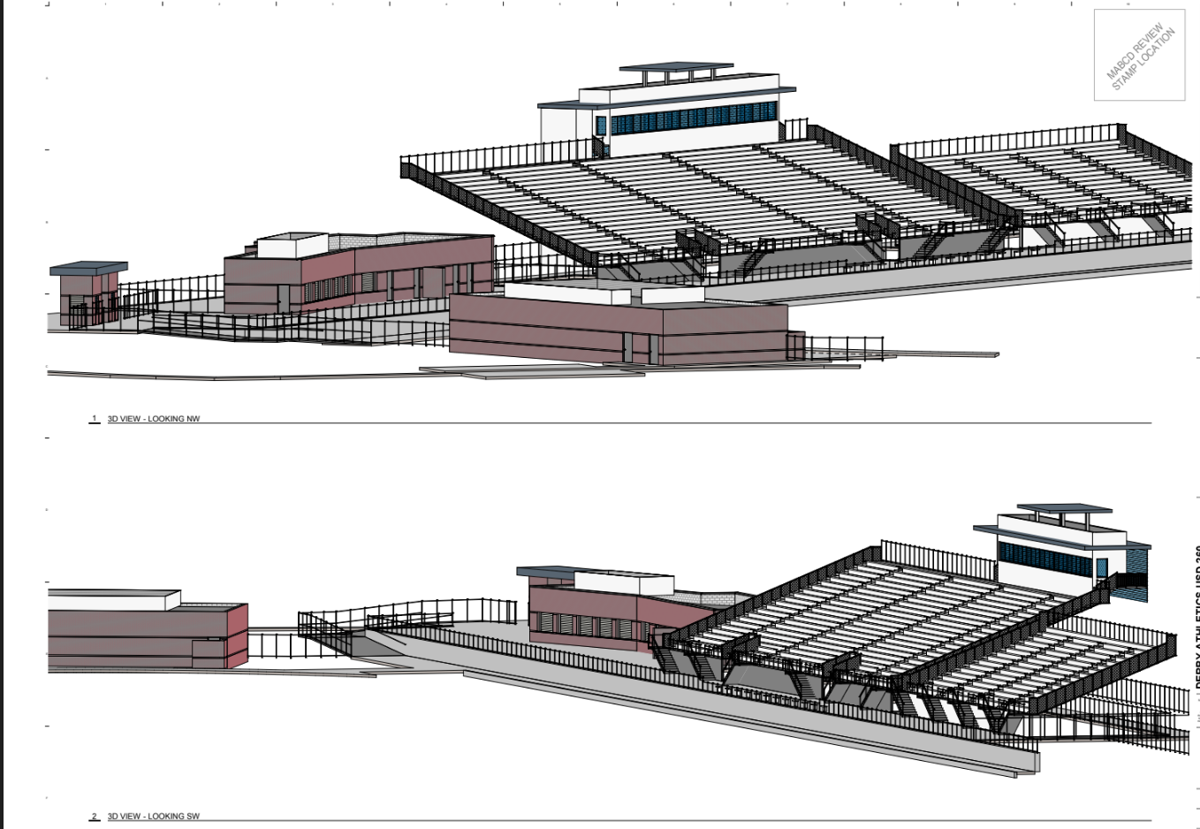 The first phase of Panther Stadium renovations was presented to the USD 260 school board on Monday, July 8. The schematic designs were unveiled for discussion with the board, putting July 22 as the approval date to move forward to the next phase of the project.

The schedule provided by McCownGordon Construction gave an estimated start date of Monday, Dec. 2, 2019. The stadium renovations would be completed by Friday, August 28, 2020, and the start of the 2020-21 school year.

Stadium parking, which was initially expected to be a part of this summer’s bond projects, will be added to the stadium work set to begin this fall. That construction timeline was due to the work done by the city on Woodlawn south of Madison Avenue.

There will be 1,066 total spaces, including parking around the middle school and new tennis courts.

Schafer, Johnson, Cox and Frey vice president Gary Holler said meetings with the city indicated that the amount of parking is less than what code requires for roughly 4,800 seats, but was OK with the number of spaces.

Derby High School principal Tim Hamblin said the new home seats will have a significant impact on sight lines for fans, allowing fans to have a better view of the field no matter where they sit.

“In all honesty in our current stadium, you’re not able to see until you’re on the fifth or sixth row,” he said. “Sixth down to the walkway, you’re almost completely obstructed the whole time … we’re bringing everybody a little closer.”

Holler said that sight line of the first row of bleachers will be up approximately six feet from its current location.

There will be a walkway in front of the new bleachers that includes ADA-compliant seating, but there will be an addition of two rear-entry points to the home seating.

The expected 4,800 seats will be split between a newly constructed section on the home side as well as the relocation of the aluminum bleachers that sit to the north.

The designs also include the removal of two of the six light poles. Even with that change, brightness will be improved by the addition of brand-new lighting.

“We are going to change those to LED lighting and it’ll be the latest and greatest,” Holler said. “I would note that on the visitors’ side, we are right up against a residential area. With LED lighting, you have a lot less spillage into that area. It’ll be cut off quite a bit and it’ll be much better than it is now.”

A newly constructed press box, which will be approximately 1,000 square feet, will include seven boxes for coaches, radio and other game needs. One of the most notable additions will be an elevator on the south side. There will also be stairs to the press box through the stands as well as a ship’s ladder that leads to the roof for coach and team filming.

“Code says that everything over 500 square feet, you have to have an elevator,” Holler said. “We’re going to stick it on the south end of the press box.”

Current plans have only one entrance to the track and field. That’ll be located on the southwest corner of the complex. Holler said there could be an option to add a north entry point if desired.

The home locker room will be able to hold 110 athletes in one room, but also include a separate coach’s office and training room.

Ticket booths in the design will be walkthrough instead of the current setup that forces patrons to turn around and walk over to the gate entry.

As a part of a new stadium concourse, the concession stand will angle to the northeast. The building will continue to have five serving windows with stainless steel countertops. Restrooms will be located on the north side of this building.

The new stadium design will not include the grassy areas that sit above retaining walls on the north and south side of the home side. The band will also not be forced to move from its current location on the north end of the field

that the project in its entirety was designed to allow the physical structure of the complex to assist in safety and security.

“Come to game, drop your kid off at game, kid is going to be in the stands watching the game,” Hamblin emphasized on not having young fans roaming the complex.

The Derby High School principal said they toured districts in Oklahoma and Texas, including Jenks and Yukon (Okla.), while designing the schematic drawings.

“I don’t think it warrants that size and grandeur,” school board member Matt Hoag said Derby’s stadium vs. those farther south. “I also don’t want to minimize it either. We’re going to get comments from both sides of why we didn’t meet the expectations of some of those Texas fields or why are we spending $6 million? We’re going to hear both of those. This is a good compromise.”