You are the owner of this article.
Edit Article Add New Article
You have permission to edit this article.
Edit
Home
News
Sports
Coupons & Offers
Obituaries
Classifieds
Public Notices
Subscribe
Contact Us
1 of 2 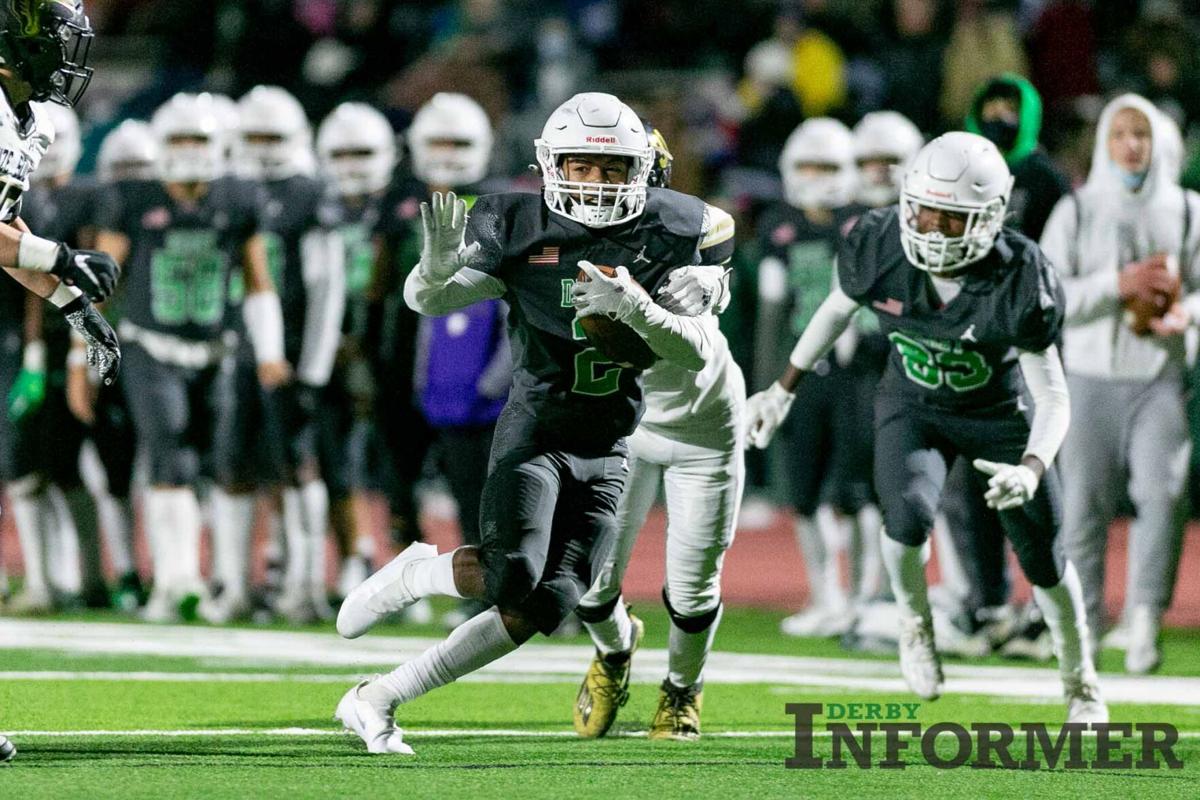 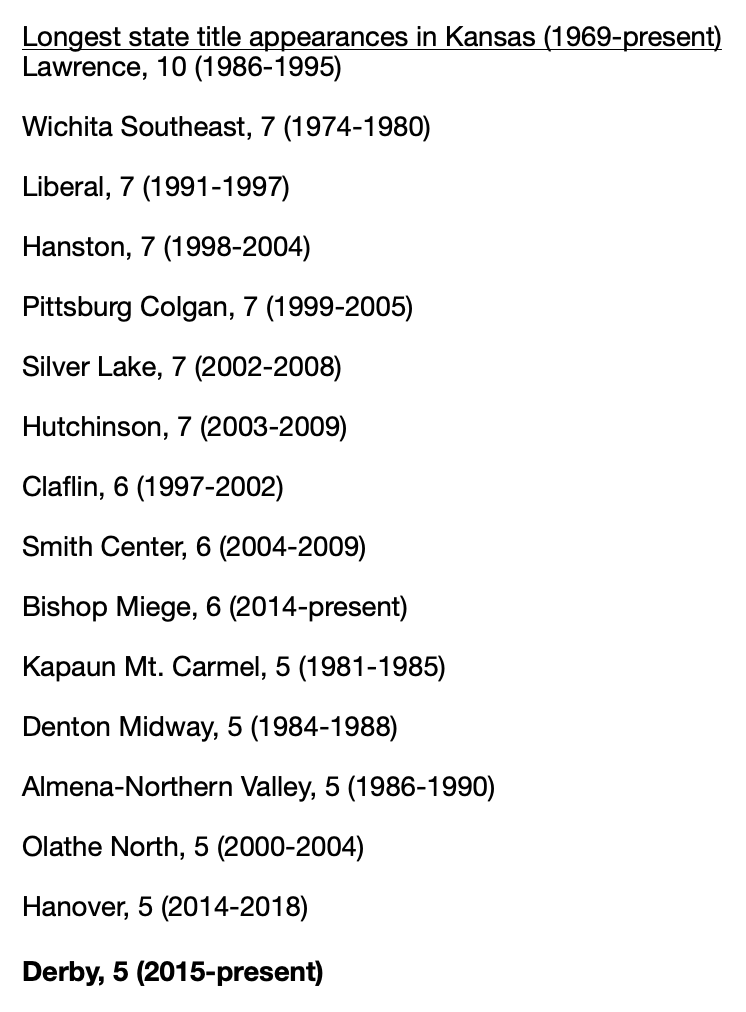 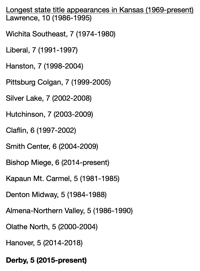 What has 2020 not done for Derby football?

The Panthers dropped a pair of regular-season games for the first time since 2011. Add in two cancelled games due to COVID-19 quarantines, its first league loss since 2014 and a pair of playoff road games and it’s just part of the picture.

Thus far, the challenge has been met and possibly even beaten.

Even that abstract painting couldn’t stop its pursuits of a sixth-straight state championship game. Derby (7-2) will head to Junction City (9-1) for the Class 6A West sub-state game. The winner will advance to face either BV North (6-2) or Olathe North for the state title on Saturday, Nov. 28.

Derby’s climb to once again sit atop 6A will be met by one of the classification’s most dynamic offenses. Junction City quarterback Andrew Khoury (2,918 yards, 29 touchdowns, 62 percent completion) has been working with a talented supporting cast that includes, among others, Russell Wilkey (1,099/449 receiving and rushing yards, 12 touchdowns) and wide receiver Marcello Bussey (1,372 receiving yards, 16 touchdowns).

“They’ve got a receiving corps that is unreal,” coach Brandon Clark said. “Coach [Randall] Zimmerman does a great job of getting those guys in mismatches and moving them around, so we can’t just put one guy on them.”

As Derby preps to hit the road for sub-state, its third-down defense continues to shine against some of its stiffest competition. In its wins against Gardner-Edgerton and Lawrence, it held the two teams to a combined 19.2 percent (5-of-26) conversion rate.

While its front seven met the challenge of slowing down Lawrence running back Devin Neal, Derby’s secondary will need to cover almost every inch of Al Simpler Stadium to stop Junction City’s passing attack.

“Adding Tanner Knox back [due to injury] was huge,” Clark said. “Amare [Ramirez] is getting healthy and helping us out. Jameer Clemons and Corey Akins, especially Jameer, is one of the most-

improved kids on the field. Cason Lindsey has also been lights out.”