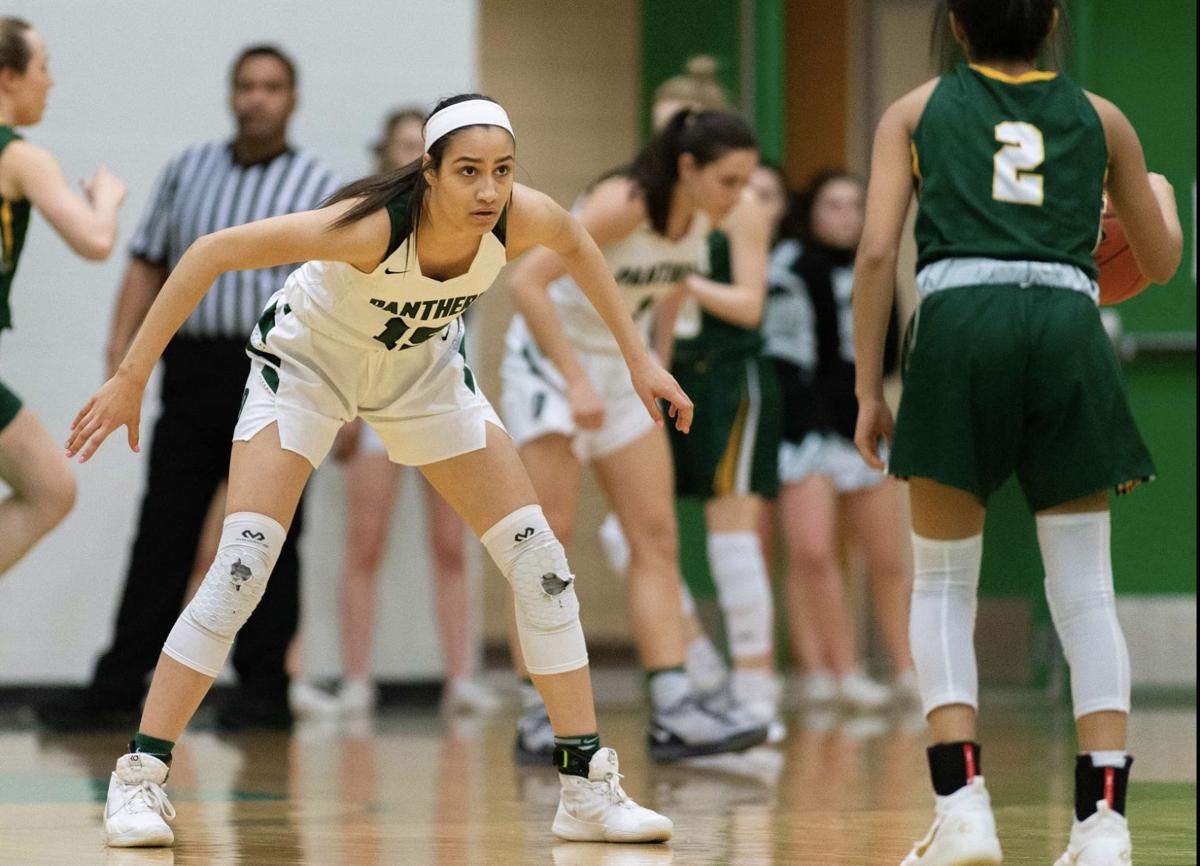 There are elements of the state cancellation that are still hard for Jaidyn Schomp and her teammates to digest.

It’s an understandable feeling given that athletes are only granted so many games in their career. It also leaves a “what-could-have-been” feeling trapped in her mind, having watched her and her teammates make the state semifinals as a freshman, sophomore and junior.

Looking forward to her senior season though, Schomp sees a simple way that she can connect with her teammates.

“I’ll tell [friends from other schools] about our lock-ins and other events and they always say they don’t do any of that and it’s crazy to me,” Schomp said. “Like the classes that have come before me … I want to be that senior leader that everyone can go to and not be afraid of.”

Positivity is certainly easier to find when a team returns 72 percent or more of its scoring and rebounding. It’ll also help minimize the effects of Sydney Nilles and Heather Mills’ departures.

Both coming off their freshmen seasons and already major college interest, Maryn Archer (11.6) and Addy Brown (10.5) give Derby its top two scorers back next year. Including Schomp (5.1), soon-to-be senior Derryana Cobbins (6.8) and junior Tatum Boettjer gives the program five of its top seven scorers back in 2020-21.

Derby’s incoming seniors have tallied a 67-4 record through their three years in the program. That includes two separate seasons of just one loss apiece and three trips to the state semifinals.

While a sense of pressure could be attached to those results, it’s exactly the opposite.

While Archer, Brown and Schomp are all active in the club circuit of basketball, the future of their summer remains up in the air due to rules surrounding COVID-19. These 60-plus days without organized activity with their teammates has opened their eyes toward what they had and will have moving forward.

“I didn’t ever think I’d miss the gym as much as I do now,” Archer said. “… We’re more looking forward to what is coming versus what you don’t have. It’s definitely been huge for us.”

Along with coach Jodie Karsak’s crew, the usual suspects will be factors in

“We just have to be focused in every practice this year if we want to compete against these teams, and I think we can,” Brown added.