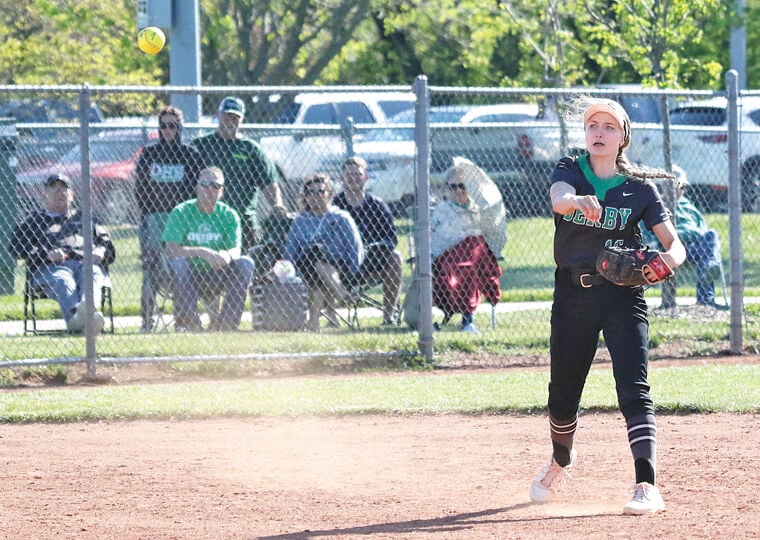 Amber Howe throws to a base after fielding the ball. Howe led the team in assists with 44 and 5 double plays in 2021. 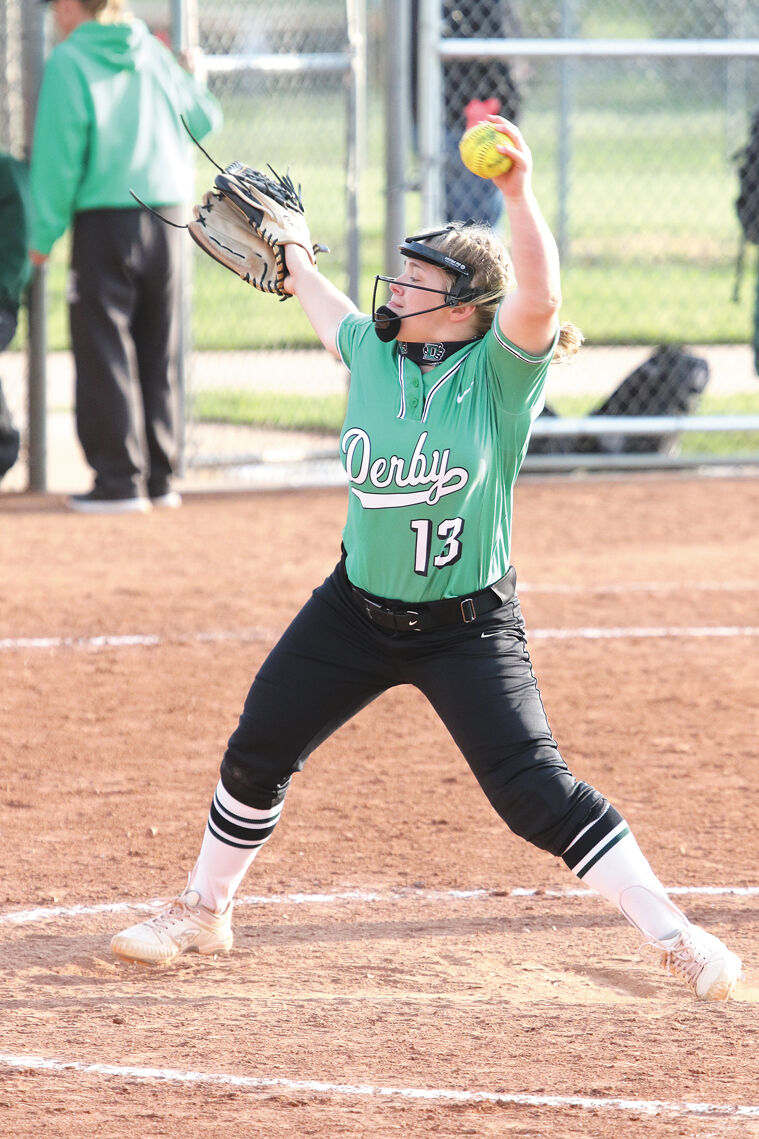 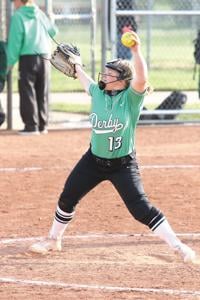 Morgan Haupt led the team in every pitching category as a junior and finished the 2021 season with a 1.83 ERA.

The postseason accolades continued to grow for Derby after the Panthers dominated the AVCTL-I All-League softball rosters, with a total of 11 players receiving honors. The Panthers finished with a 16-6 record before falling to Lawrence-Free State 6-5 in the regional final in walk-off fashion, which ended a nine-year streak of qualifying for the State Tournament. Howe finished the 2021 campaign with a team-leading 30 hits and 30 RBIs. Haupt tossed 88 innings, which led the team by nearly 58 innings. Her 12-3 record and 105 strikeouts significantly led Panther pitchers. Steinert led the team in with 16 walks, 35 runs and a .452 batting average. She also went a perfect 20 for 20 in stolen bases on the season.