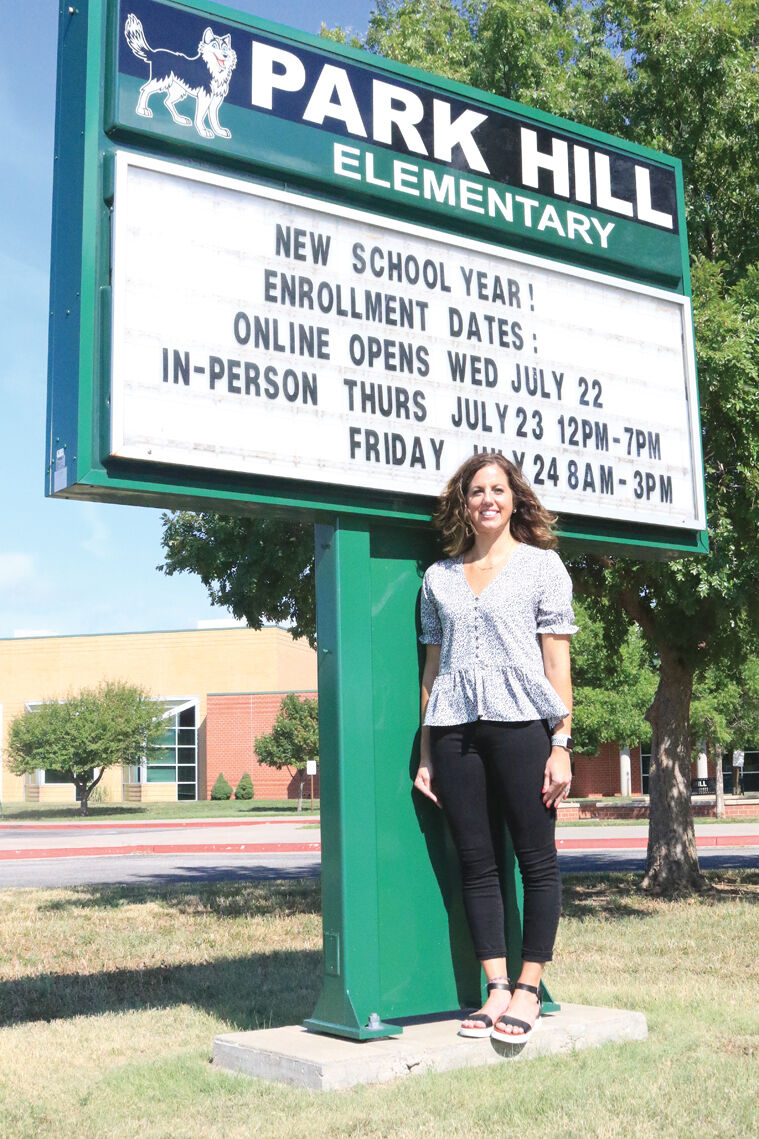 Having most recently taught at DHS, Gretchen Pontious will begin her first year as lead principal at Park Hill Elementary. 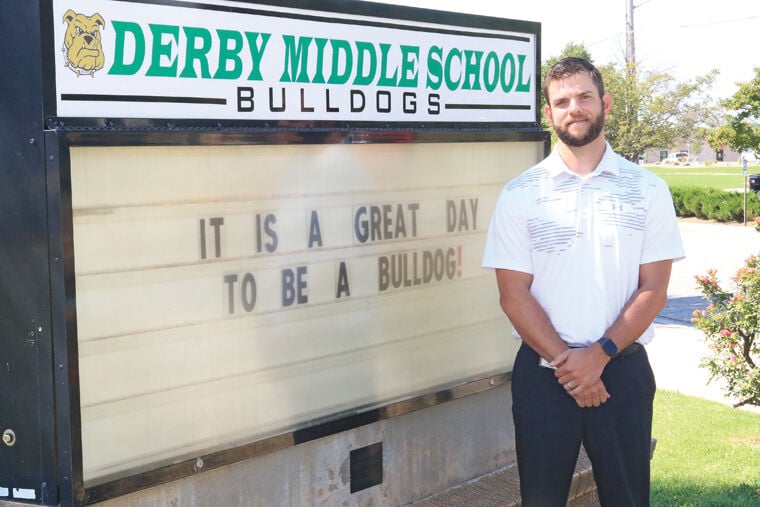 Mitch is entering his second year as an assistant at DMS.

Having most recently taught at DHS, Gretchen Pontious will begin her first year as lead principal at Park Hill Elementary.

Mitch is entering his second year as an assistant at DMS.

Shared responsibilities for parents typically applies to kids of their own.

When Gretchen and Mitch Pontious walk out of their front door this August, hundreds of other children will fall under their umbrellas. They will be sharing the principal title for the first time as Mitch begins his second year as an assistant at Derby Middle School, while Gretchen becomes the lead at Park Hill Elementary.

“It’ll be nice to come home and support each other,” Mitch said. “We’ll have an understanding of what our days will look like through the eyes of an administrator… But I hope I can support Gretchen the way any husband should support their wife when she’s coming home from work.”

Gretchen, who hails from Andale originally, had her first taste of administrative work in her second year as a teacher. Her principals had her occasionally stand in and it wasn’t something she ran to with open arms.

With a dose of encouragement in that position and coming to teach in Derby in 2015, she found a drive to one day become an administrator.

“I was a department chair at the high school and I really liked that aspect of managing people and helping them try to be better like I do by myself,” she said. “That gave me that bug then.”

While she most recently taught in the high school, Gretchen’s degree does fall in elementary education. Having taught now in all three levels of public education, her experiences have led her back to the elementary building as she starts her administrative career.

As his career in education developed, Mitch found a desire to one day be an athletic director or principal. He pursued his Master’s while he taught and coached in his hometown of Ark City.

“Some of my family members were administrators or teachers,” he said. “I admired both sides of it and [once this door opened in Derby], it was too good to pass up.”

An added bonus comes as they live within the Park Hill lines and Gretchen will see her two oldest kids, Tyler and Elena, every day.

The sentiments after college for Gretchen and Mitch were to find their own path in their home state. Being within the ease of a day’s drive to either family, the path to Derby made sense for them both.

“I knew my vision aligned with the school district and the community,” Gretchen said. “We’re all on the same page from the start, so it’s a good comfort level going into [my first year].”

“Neither of us was born here, but I think both of us can say that Derby is home now,” Mitch said. “We’ve put down our roots here and our kids are in the schools. We’ve seen as parents, teachers and principals just how great the school district is.”

Gretchen and Mitch both credit the support they’ve been given as they’ve paved their road. It’s a big part of why they both feel comfortable assuming leadership positions in one of Kansas’ largest school districts.

“Being an administrator isn’t an easy job,” Mitch said. “If you lose sight of why you’re doing it, I’d assume it would be an even more difficult job. Being so intertwined in the district, community and with the students … it gives it all a purpose and allows you to get up and get after it every day.”

Will you change your normal holiday gathering plans this year for Thanksgiving or Christmas due to COVID-19?

Derby residents Charles and Carolyn (Riley) Loop celebrated 65 years of marriage on August 9, 2020, with a Zoom Party. They were married on August 11, 1955.