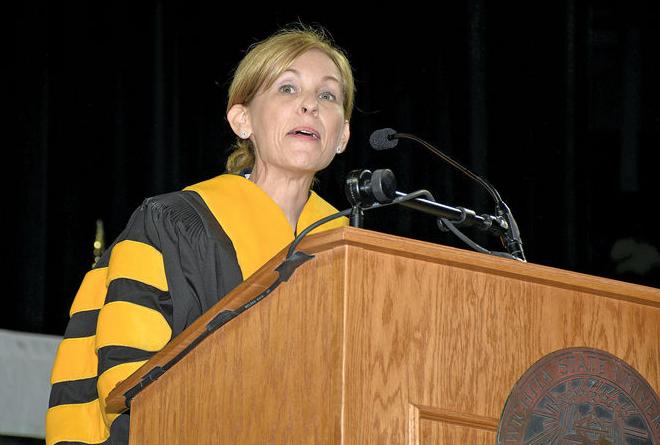 Leanne Caret, CEO and president of Boeing Defense, Space and Security, speaks at the spring 2019 commencement ceremony for business and engineering graduates at Wichita State. Caret earned her master’s degree in business administration at the university. 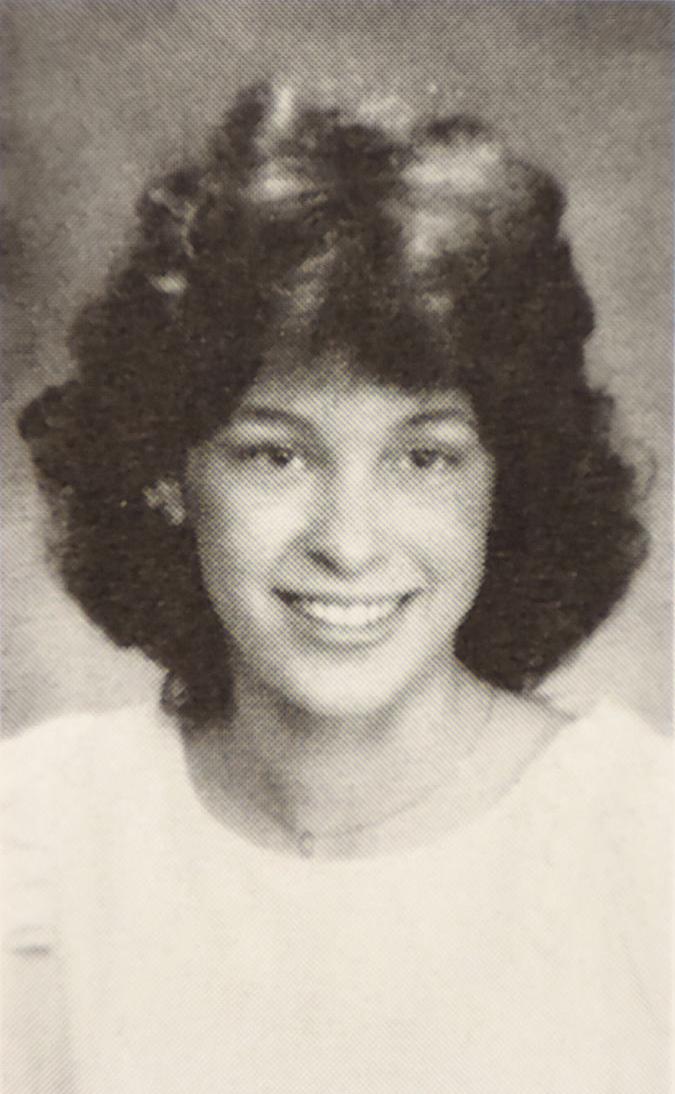 Leanne Caret, CEO and president of Boeing Defense, Space and Security, speaks at the spring 2019 commencement ceremony for business and engineering graduates at Wichita State. Caret earned her master’s degree in business administration at the university.

Leanne Caret is president and chief executive officer of Boeing Defense, Space and Security (BDS), a $26 billion unit that works with customers in the U.S. and around the world.

But before earning the position that requires her to travel as far as India and Saudi Arabia, she spent her formative years in the small city of Derby.

“I meet people [from] all around the world who have the most incredible backgrounds, and I would not change how I grew up for any of theirs,” Caret said.

Caret was born Leanne Guyette in Cocoa Beach, Florida near the Kennedy Space Center, where her parents Ray and Deneen worked for Boeing on the Saturn 5 Apollo Program. They eventually moved to Seattle before settling in Derby, where her parents worked at the nearby Boeing headquarters in Wichita.

“I’m second-generation Boeing. My whole life is Boeing; that defines who I am,” she said.

After moving to Derby, Caret and her family lived within walking distance of El Paso Elementary, where she attended sixth grade, then later attended the former Derby Junior High.

Caret recalled fond memories of the safety and freedom she felt as a child in Derby, often traveling the city on bicycle with her sister in the summer.

Seeing progress in the city now is great because residents have access to more conveniences, Caret said, “but I can’t help but think that small-town feeling is still there.”

Caret graduated in 1984 from the former Derby Senior High building, which was eventually turned into a sixth grade center before being torn down. The space is now occupied by the new Derby Fire Station 81.

While in high school, one of Caret’s most inspiring figures was her 9th grade algebra teacher, Mary Cunningham. She described the teacher as stern but someone who “captured your heart and mind.”

“I was still in the generation of students where you didn’t look to females as being really strong in math and the sciences,” Caret said. “[On the blackboard], she wrote down who got a 100 on the Algebra exam, and she wrote my name down … right then I realized ‘maybe this is something I’m good at.’”

Math is one of Caret’s favorite subjects, even today.

Cunningham died while Caret was still at Derby High, prompting Cunningham’s family to start a memorial scholarship for her. As a senior, Caret was awarded the scholarship.

Caret also met her husband Steve of 30 years at Derby High, even attending prom with him. A graduate of Wichita State and Baker University, he works as an industrial engineer.

DHS Principal Tim Hamblin, one of Caret’s classmates at Derby High, said he had nothing but great memories of her.

“She was without a doubt one of the sweetest, prettiest and brightest classmates I had,” he said.

In his commencement speech at the 2019 Derby High School graduation ceremony, Hamblin mentioned her as an example of a successful and prominent Panther.

“When I came up with my thoughts about ‘what it means to be a Panther,’ she was first in my mind,” Hamblin said. “What always surprised me is the unbelievable fight and tenacity she must have displayed to get where she is.”

“It was always there, but never anything she would ever boast about or flaunt.”

Originally an engineering major, Caret graduated from Kansas State University in 1988 with a bachelor’s degree in business administration. She began working at Boeing the same year, holding multiple roles in contracts and program management.

Her first position involved making “proposals for the government, and you would go do negotiations with the customer,” she said. “It was a part of the company where you could learn a lot about the whole business, and I think that was helpful early in my career.”

She earned her master’s degree in business administration by taking night classes at Wichita State while working at Boeing.

Caret said her rise to CEO was unconventional, having worked various positions that were not always promotions but “lateral” movements.

“The worst thing for anyone is to try to put a timeline on their achievements,” she said. “Because everybody’s career is different. If you look back at my career, no one could have predicted based on my earlier careers that I would be in the position I am today.”

In 2009, Caret moved to the Philadelphia area to work at a Boeing plant in Ridley Park, Pennsylvania. She first led the Chinook program there, before transitioning to lead the entire Vertical Lift portfolio in 2013.

In 2014, she relocated to St. Louis, the former home of BDS headquarters, to be chief financial officer of the unit. She became president of BDS’ global services and support department in 2015, eventually leading to her appointment as CEO the following year.

Caret’s current post is at the BDS headquarters in Arlington, Virginia, only 30 minutes away from the nation’s capital.

“I moved [the headquarters] to Washington, D.C. because we needed to be closer to the customer at my level,” she said. “My office is right next to the Pentagon, … so I look out my window and can wave at them.”

Since taking the CEO position, Caret was named in Fortune magazine’s Most Powerful Women list in 2017 and 2018. She also appeared on the Bloomberg 50 list last year.

According to wallmine.com, she is the second-highest paid executive at Boeing, with a salary of over $10 million.

In January, Caret made a visit to the Wichita area for the arrival of the KC-46A Pegasus at McConnell Air Force Base.

Most recently, she spoke at the spring 2019 commencement ceremony for the Barton Business School and the College of Engineering at Wichita State, where she earned her master’s degree.

During her speech, she told the students to build success using four “G” words: grit, gumption, grace, and gratitude.

“We call them the good forces,” she said. “Those are four things that I think could be of some benefit to anyone.”

Amanda Michele (Carns) Wohlgemuth and Andrew P. Magyar have announced their engagement. The couple plans to exchange vows on May 2, 2020, at Unity Church of Wichita.