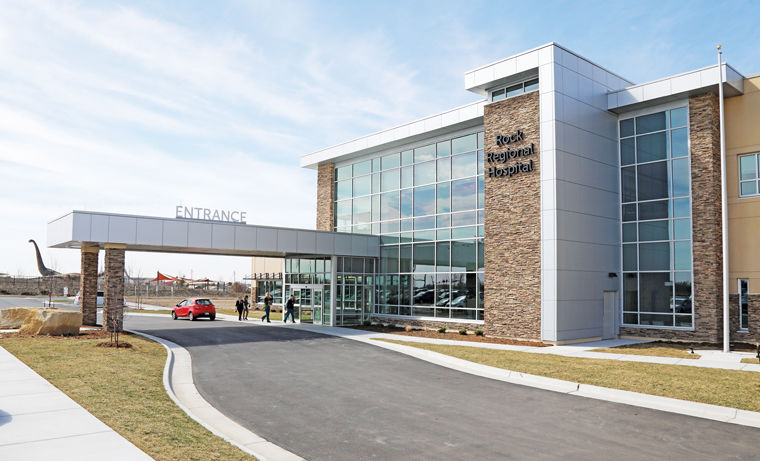 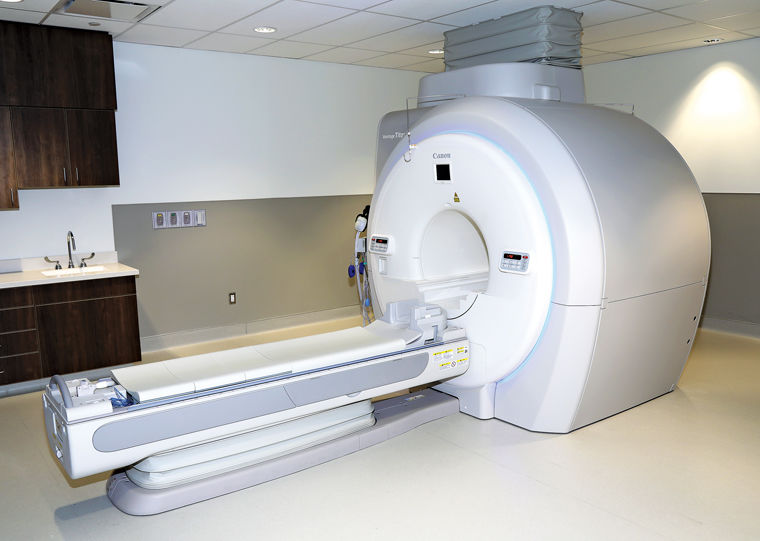 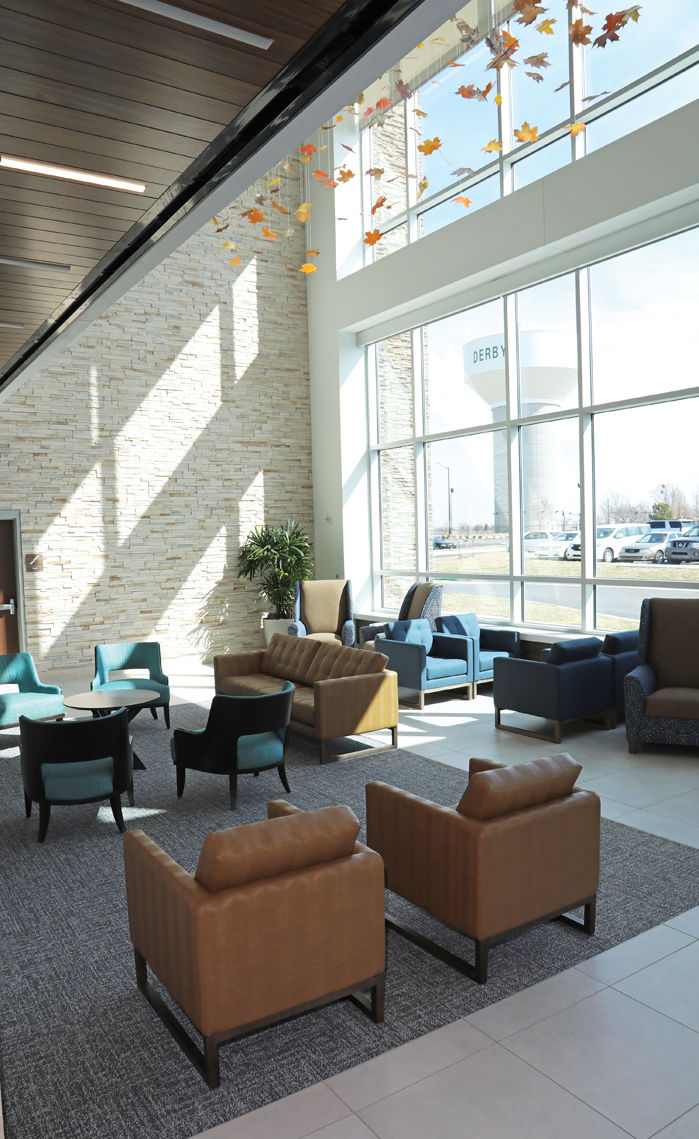 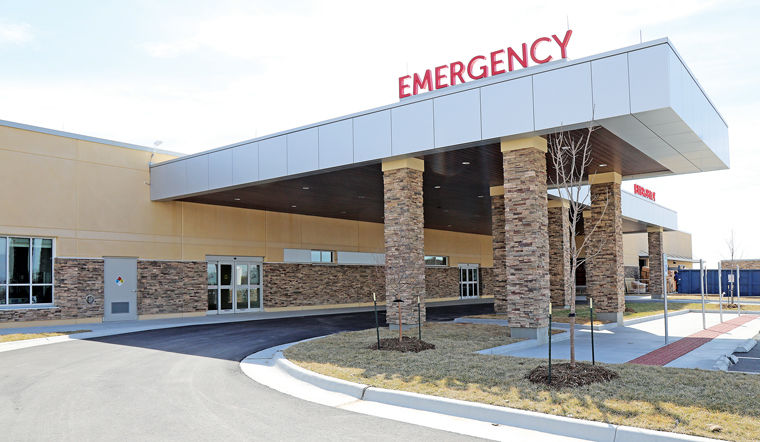 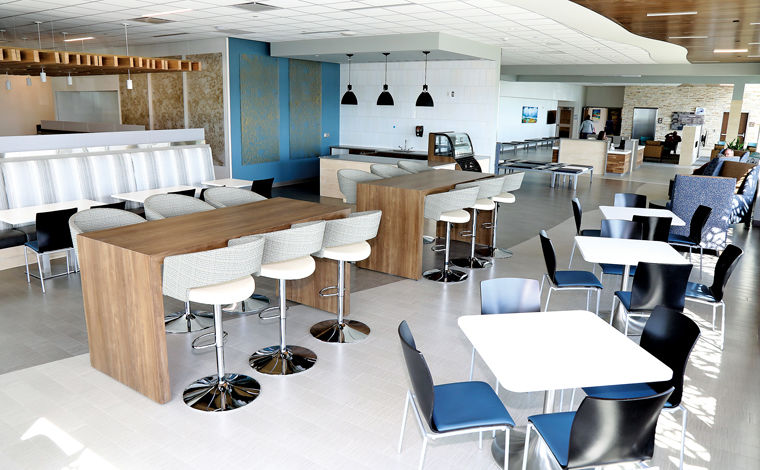 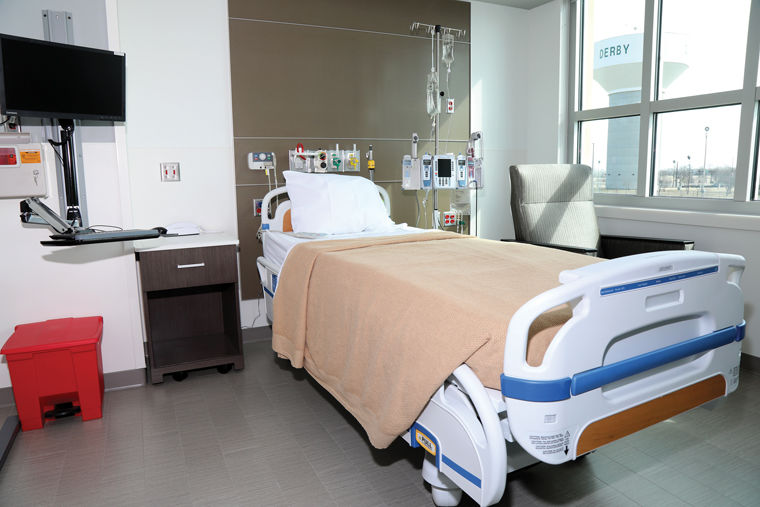 Rock Regional Hospital is in the last and busiest stages that precede its opening, and President and CEO Jason Eitutis estimates the 89,000-square-foot facility will open “within weeks.”

“We are waiting on the state to do the life safety and clinical inspections that will drive our ability to get a hospital license,” Eitutis said. Barry Beus, vice president of Business Development and Strategy, added that inspections are done according to the state’s schedule, which makes it more difficult to nail down an actual opening date.

Cindy Slaydon, chief clinical officer, said when the hospital is fully operational it will be able to provide about 90 percent of the medical services needed for the community. “Acute care means to manage emergencies, take in patients, and do surgeries,” Slaydon said, adding that “we also have relationships with larger facilities [in Wichita] to do more complex things like open heart and head surgeries.

“We won’t do trauma or pediatrics because we have a children’s hospital in Wichita,” she explained, “and we won’t do labor and delivery and maternal fetal services, initially. But, we’re a 15-acre campus and as we identify those needs in the community, we’ll be expanding the hospital.”

Mike Belew, executive vice president of development for CarrBaierCrandall Real Estate Group, announced plans for Rock Regional Hospital at a July 2016 Derby City Council meeting as part of the proposed STAR bond district. He said the company had been looking at the Derby market for a healthcare project like Rock Regional Hospital for several years. While there

had been plans for a specialty health

care facility in the STAR bond district, the project caught the city council off guard at the time – “but in a good way,” according to Mayor Randy White.

The site plan was approved in January of 2017, with a larger square footage than originally proposed in order to handle future growth. Ground was broken in September of that year, and in October 2018 Ascension’s Via Christi Health bought a 25 percent ownership interest in Rock Medical Assets, the operational entity for Rock Regional Hospital and Rock Surgery Center. Rock Medical Assets comprises local investors, real estate developers and private capital firms.

Dr. David Niederee, a family medicine specialist in Derby and one of the founders listed on the plaque in the hospital’s lobby, will be the Chief Medical Officer at Rock Regional Hospital.

Beus said the real estate group that developed the hospital has plans for future medical office development around the hospital, which will mean additional services coming to the hospital campus and being more accessible to Derby and the surrounding community.

One project will begin soon –construction of a medical office building attached to the north side of the hospital, with a pediatric clinic, orthopedic clinic, dialysis clinic, space for specialists to come in on a shared basis to see patients, and an education suite which the hospital will be able to open to the community for training and other opportunities.

When Rock Regional Hospital is up and running it will have more than 170 employees, including nurses, radiology and surgical technicians, and lab and administrative staff. Eitutis said there will be more than 100 staff on board by mid-March, in addition to part-time positions, and hiring will ramp up “as we open the doors and our [patient] volume starts to increase.”

Eitutis and Beus agree another advantage the hospital brings to the community is its staffing.

“We were very lucky to recruit a lot of local talent from Derby and the surrounding area,” Eitutis said of the employment fair held in December.

“If you were to take a snapshot of what our employee base were to look like, it would look like people who for years have lived in Derby, Mulvane, Rose Hill, and have driven to Wichita to work at the hospital there,” Beus added. “People have waited a long time to work in a hospital in their own community.

“We think we’ve got a great staff to create a culture and deliver [services] that people are going to want to come here,” Eitutis said. “It ties into our mission statement, ‘To improve the health and well-being of the individuals, families and communities we serve’, and our vision, ‘To be a place where physicians want to practice, staff want to work, and patients want to come.’”