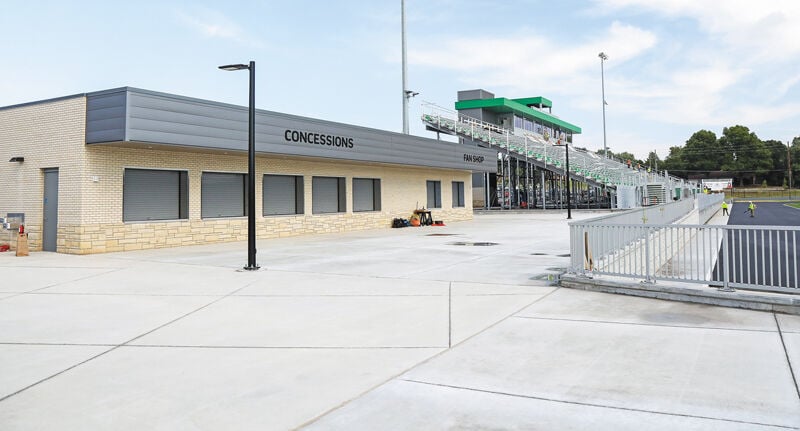 Derby fans will get to enjoy a large plaza area filled with updated amenities like the concession stand and fan shop. Fans won’t miss a second of the action while standing in line with a perfect view of the field. 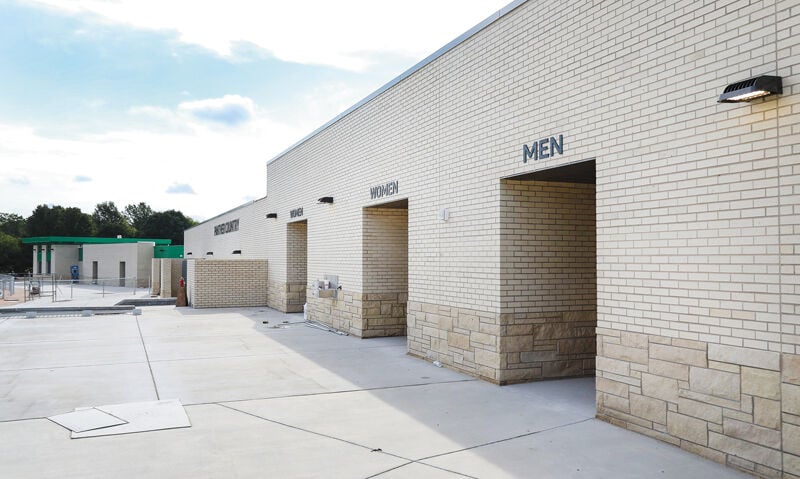 There should rarely be a line for the restrooms at Panther Stadium with the updated facilities. The women’s restroom is so large that it has two entrances. 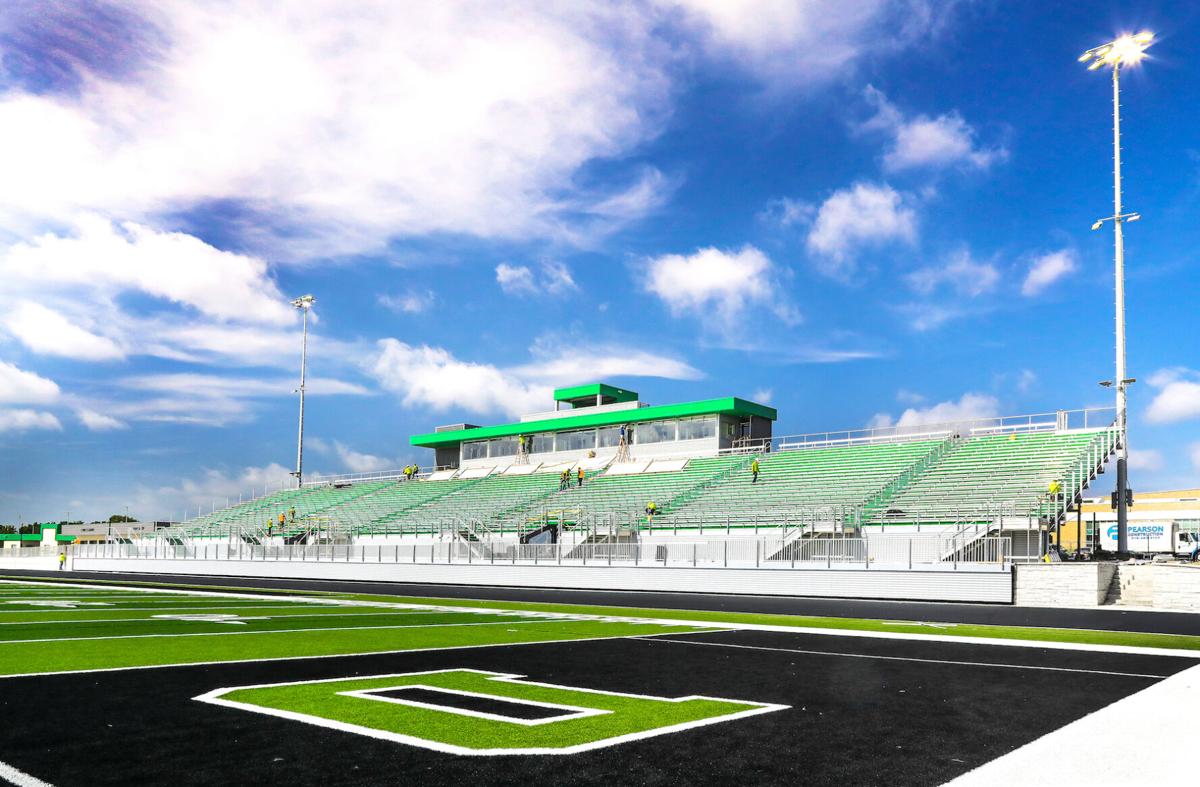 The new Panther Stadium will seat 4,000 Derby fans and will provide a true home-field advantage.

Panther Stadium will be a state-of-the-art facility and provide a home-field advantage for the seven-time 6A state football champion, Derby High School. After taking a massive overhaul just after the 2020 season, the old Panther Stadium press box was destroyed to make room for the new $7 million dollar project.

As the construction has struggled with about a month’s worth of weather delays, the McCown Gordon crew has battled through to make the Panther Stadium project look like the best high school stadium in Kansas.

The press box is nearly double the size of the old one and is an exciting feature to DHS Athletic Director Russell Baldwin.

“The new press box will be nearly two times as large,” Baldwin said. “It will allow us on the bigger game nights to accommodate all the media that comes to the larger games.”

According to Baldwin, the city condemned the old press box roof, so nobody was allowed to film on top of it due to the instability. The covered film area just above the press box will protect the filming media and coaches from the unpredictable Kansas weather better than its predecessor.

There will be a true sea of green on Friday nights inside the new facility and, with the new grandstands, Derby fans will be closer to the action. The 4,000-strong seating will provide a true home-field advantage for the Panthers.

Derby fans will have several updated amenities to use on game day, with improvements to the plaza area near the entrance. With the updated concession stand, fan shop, and the addition of multiple bathrooms, fans will feel right at home.

“The stadium plaza will have an open feel for fans as they come into the stadium,” Baldwin said. “We have increased and improved the amenities that our fans are used to.”

Head coach Brandon Clark and the Panthers will also be benefiting from the facelift at Panther Stadium with a larger locker room that will hold the entire team.

“The locker room is going to be phenomenal,” Baldwin said. “We increased it by four times the space we had in the old one. So the whole team will be able to fit in there, be able to stretch out, get dressed and actually have full team meetings.”

“Rex has a lot more room to get players in there for treatment,” Baldwin said. “Pregame taping will be a lot quicker, which is something Rex will be excited about.”

For Baldwin and others heavily involved in the project, getting it in use will be a high sigh of relief.

“We are ready to take the breath and exhale at the first event that we have people involved in it. Once we get 4,000 people into the stands on a packed game, that will be the fun aspect,” Baldwin said. “With the crowd closer to the field, when they are screaming loud to support our team it will increase the home-field advantage that we already have.”