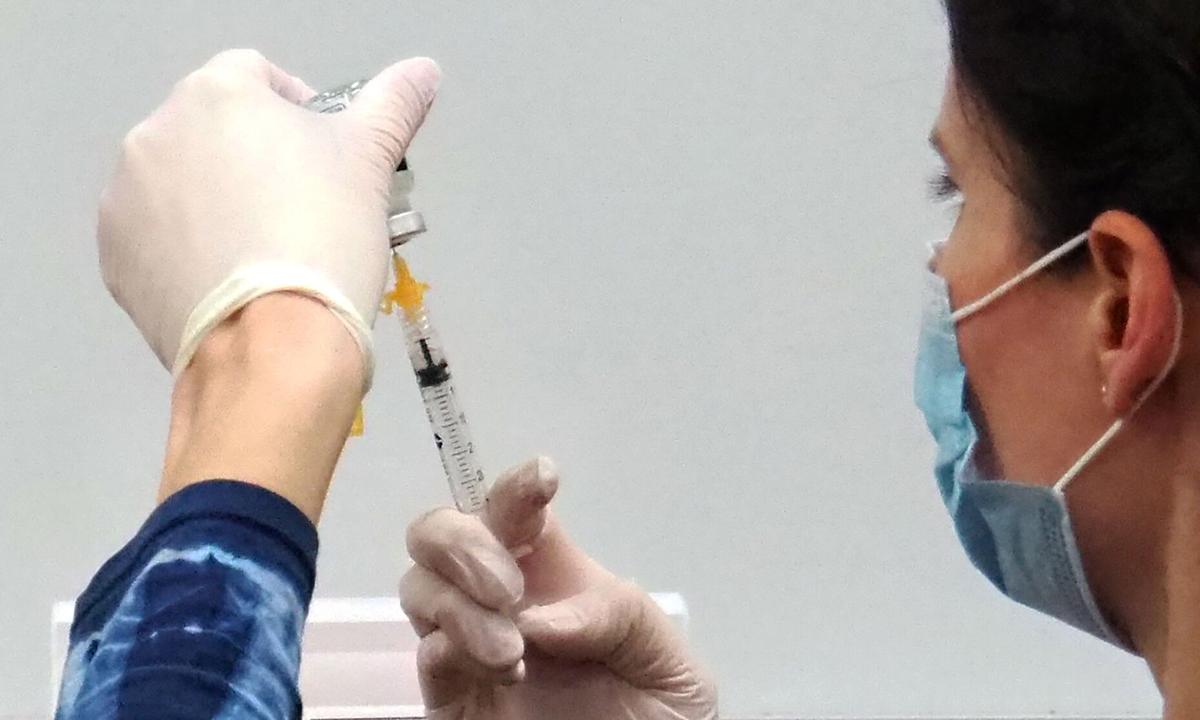 Everyone who can and believes they would benefit from it should get their COVID-19 vaccination. I did.

Of course, they are not getting them in the numbers they should to make our communities safe. The question, of course, is why not?

The chattering classes put forth the propositions that people don’t trust the vaccine (which is plausible), they don’t see it as a threat (also likely), or that they’re stubborn idiots (which they usually don’t say aloud).

But my personal observation is that some people – pun intended – simply want to stick it to “The Man.”'

The Man in this case being our out-of-touch, elite overseers whom believe that they know more than us and delight in scolding and correcting American society.

It doesn’t matter if the vaccine is effective, either.

I’ve long learned that most people don’t like being lectured – especially from people who previously lied to them.

In this case, the problem is that they are right about the seriousness of COVID and its variants, but any good faith credit they may have had has long been burnt up. The populace doesn’t have much, if any, confidence in the nation’s leaders.

A nationwide survey by the noted Pew Research firm bears that out.

When pollsters began posing the question of citizens’ trust of government in 1958, about 75 percent said it does “the right thing” almost always or most of the time. Since then, that number has fallen to only 24 percent.

Whew! That’s a lot of mistrust.

No wonder people are mad. OK, they may figure in their subconscious mind that vaccines work, but by throwing a wrench in the works, it seems they’re getting a sense of satisfaction of seeking revenge against the faceless bureaucracy.

African Americans are even more mistrusting – and with good reason, as the government lied to them in the past during a syphilis study in Alabama.

Said one professional African American woman on the WebMD site: “It’s really an emotional thing. Trust is based on emotions ... I simply do not trust the government at this point.”

And quite frankly, who can blame her?

We’ve been lied to for decades. I’m old enough to remember the thousands of young men coming back from Vietnam in wooden boxes – all for a mountain of lies.

There was more: Watergate, Iran-Contra, Saddam’s nonexistent WMDs, “progress” in Afghanistan, and the list goes on.

On top of the track record of lies came the personal behavior wherein the hypocrisy was simply off the charts.

Time after time, politicians angrily reprimanding the little people for not wearing masks, whereas they themselves were not wearing them.

Gather in groups? Dine out? Well, that was fine for the hot shots.

And when COVID first hit, there was, it seemed, a battle against common sense. We shut down and hurt numerous small businesses, including many here in Derby, while big box retailers were allowed to stay open – and make huge profits. Fitness centers are ordered closed, but liquor, cigarette and lottery sales were just fine.

After all that, who can blame people for not listening anymore?

And it’s not just leaders. Few trust the national media anymore, either, as a poll by Pew found that less than 60 percent of adults believe major news sources.

This whole situation is sad, really sad. It didn’t have to be this way and people are dying because of it. Faith in leaders is a precious commodity and it’s just about impossible to maintain when the hypocrisy and lies come in bucketloads.

We’re now all paying the price for that.