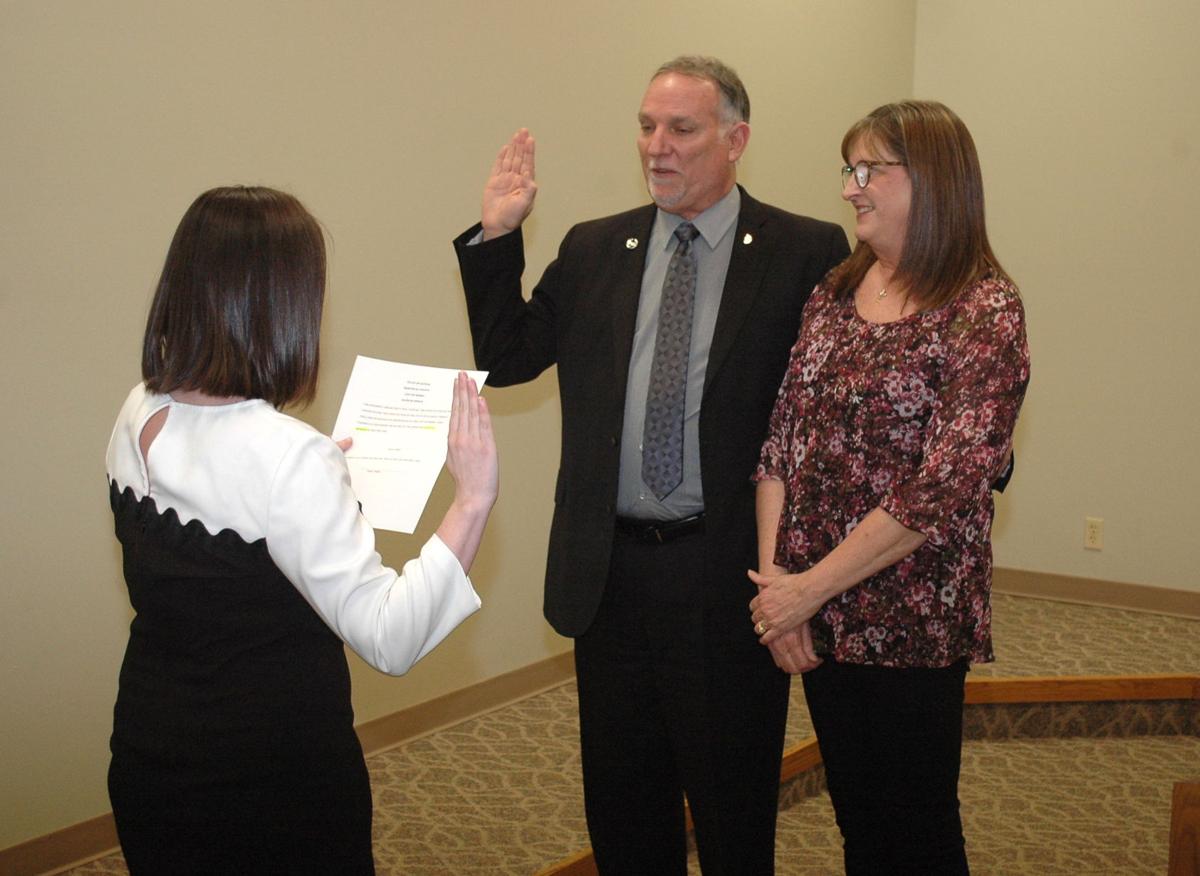 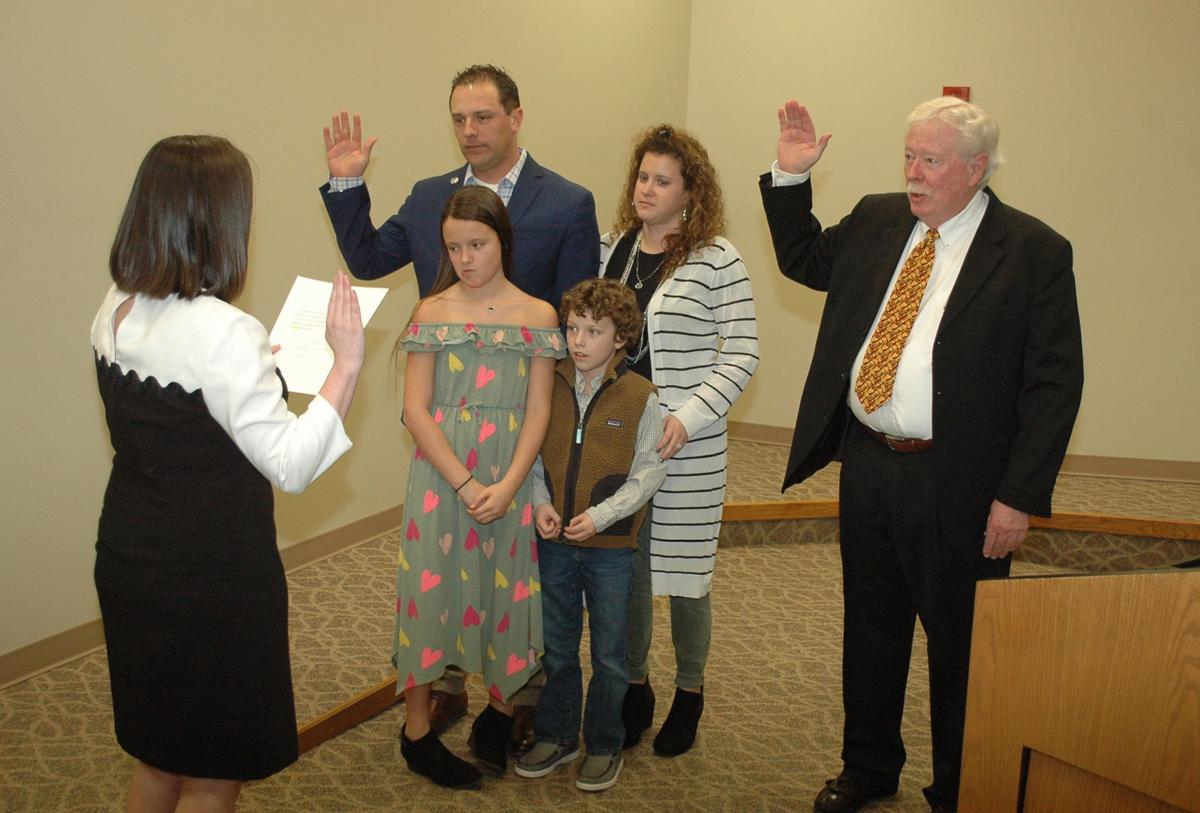 The mayor and two council members took their oaths of office after being re-elected in the past election. Mayor Randy White is sworn in by City Clerk Hillary Lawrence at the Jan. 14 council meeting. With White is his wife, Pam. Council member Rocky Cornejo, left, of Ward I takes his oath from Lawrence with Jack Hezlep of Ward 2. With Cornejo is his wife, Juli, and their children, Kylin and Hudson.