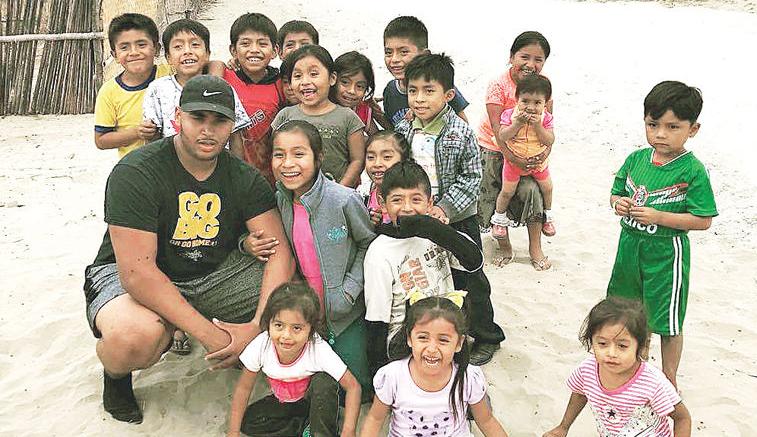 Jordan Riley, a 2017 graduate of Derby High School, participated in the six-week MB Mission ACTION program in Trujillo and Piura, Peru, as a part of his church. 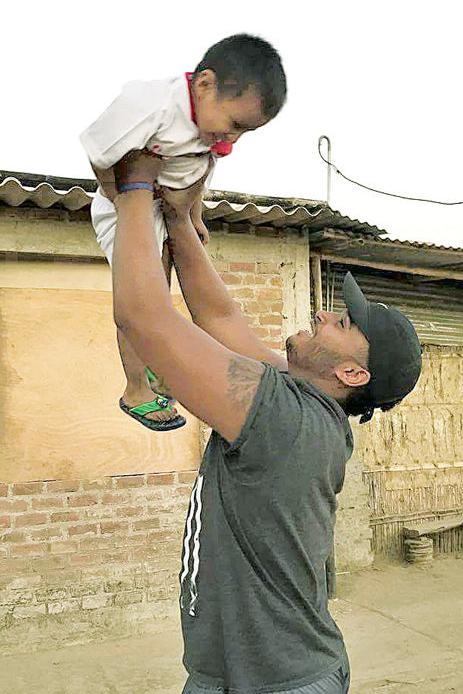 Jordan Riley, a 2017 graduate of Derby High School, participated in the six-week MB Mission ACTION program in Trujillo and Piura, Peru, as a part of his church.

It was an act of obedience from a calling in his faith.

Having just heard of ACTION, a six-week (June 23-Aug. 3) discipleship training and cross-cultural mission program through MB Mission, Jordan Riley asked his parents if he could travel with a team for the summer program.

Riley, a 2016 Derby High School graduate, had never traveled on an airplane nor had he ever done a missions trip with his church.

Needing to raise roughly $3,000-$4,500 for the trip, finances weren’t going to be easy to find. However, his decision to participate was met by full funds in the final weeks ahead of ACTION training.

Riley saw his willingness and obedience to serve met with full funding on his first cross-cultural missions trip.

His first adventure? A four-week assignment serving alongside MB missionaries in Peru.

“Any time we see someone who’s willing to be stretched beyond what they think they can do, it’s really special,” MB Mission Midwest Mobilizer Stephen Humber said. “You know they’re going to experience something new they really like.”

For the Derby High School graduate, the trip represented a straightening in his faith.

“At the time I was walking on the line in my faith and going back and forth,” Riley said. “The trip really helped me stay on one side.”

In the mission field

Stepping off the plane into a foreign country brought a mixed bag of emotions for Riley.

Hearing almost nothing but Spanish, he said it was just the first taste of what was in store in South America.

Riley and his group spent time in Trujillo and Piura, Peru, alongside multiple long-term missionaries.

It only took one visit to an impoverished home for Riley to see the living conditions of many of the Peruvian people. No shower, no bathtub and sand floors painted irremovable photos in Riley’s memory.

“Growing up, my mom and dad bought a messed up house and were fixing it up,” Riley said. “It was a really bad house and I never liked it, to be honest. Just seeing that, I’d think, ‘they’d love to live in my house.’ It changed my point of view on things.”

Riley was grateful for the opportunity to serve alongside the missionaries and build relationships with the people in the community and churches.

“Being there felt like family,” the Derby graduate said. “Every household that I walked into treated me like family … They showed me a lot of love.”

The team focused on hands-on ministry with the local children, including many games of soccer. In particular, Riley mentioned a 15-year-old boy who became one of his biggest memories from the trip.

“He was silent the whole time and at the end I got him to talk,” Riley said. “I didn’t ask him his story, but just being with him and leaving him with a big smile on his face was good.”

Work also included serving alongside recent refugees who were displaced due to torrential rains, flooding and mudslides. From January to present day, the city of Piura has been under a state of emergency because of the natural disaster.

Stacy Kuhns, who is a field missionary in Peru with MB Mission, said Riley thrived in relationships.

“He encouraged others by sharing how Christ brought him through some tough trials in his life,” Kuhns added.

Following the one-week training period and the four-week mission assignment, Riley returned to Kansas to debrief with his Peru team and other ACTION teams that traveled nationwide.

In processing his experience, Riley was brought back to a realization he had in 2015 when he felt called into ministry with other young men. That idea was supported in the final days of debrief.

“[A gentleman] was praying over me at the ranch we stayed at and he told me that God asked him to tell me that I should work with youth boys,” Riley said. “… I looked up at him as he prayed and my whole team was like, ‘whoa’. He asked me if something was wrong and I asked him how he knew that. He said that God told him.”

The road forward for Riley has yet to be made as he plans to take a year off of school before deciding whether to attend college. In the meantime, he’s excited to pour his energies into the young men in his church and see where he’s led in the future.

“Some of them are going down the same path I went down and I don’t want that to happen,” Riley said. “I want to be that role model.”

It’s that transformation and road that makes the experience special for Humber and the MB Mission team.

“God is at work very uniquely in everyone, everywhere all the time,” Humber said. “This is our piece in being involved in what God is doing. It’s just an incredible honor to have a front row seat in seeing God at work in a heart of a person.”