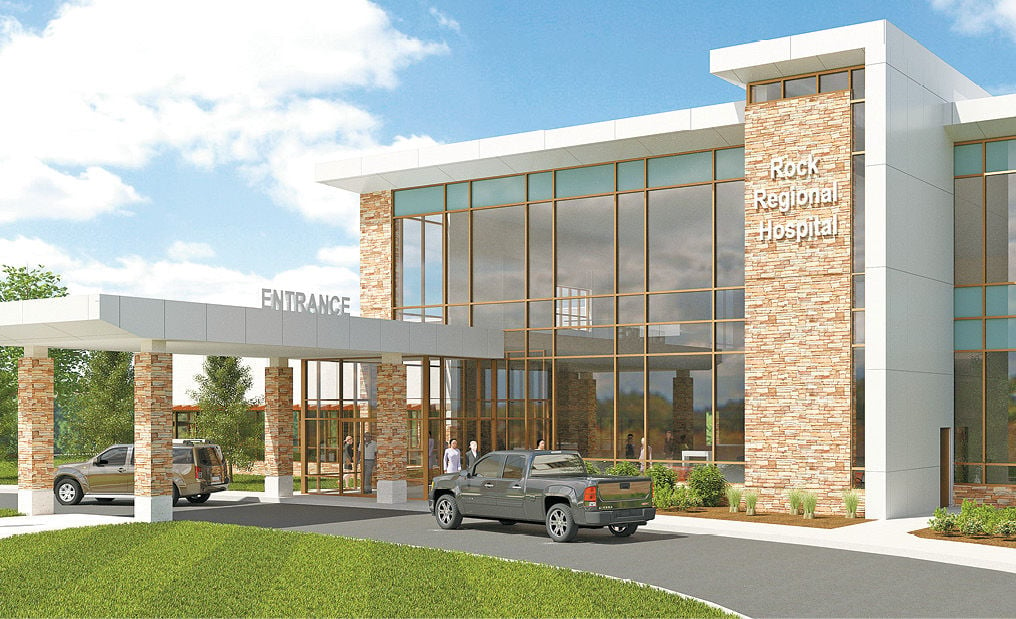 The site plan for the proposed Rock Regional Hospital has been approved. The construction timetable depends on a number of factors, including the sale of STAR bonds for the district it’s to be built in, and the installation of utilities. 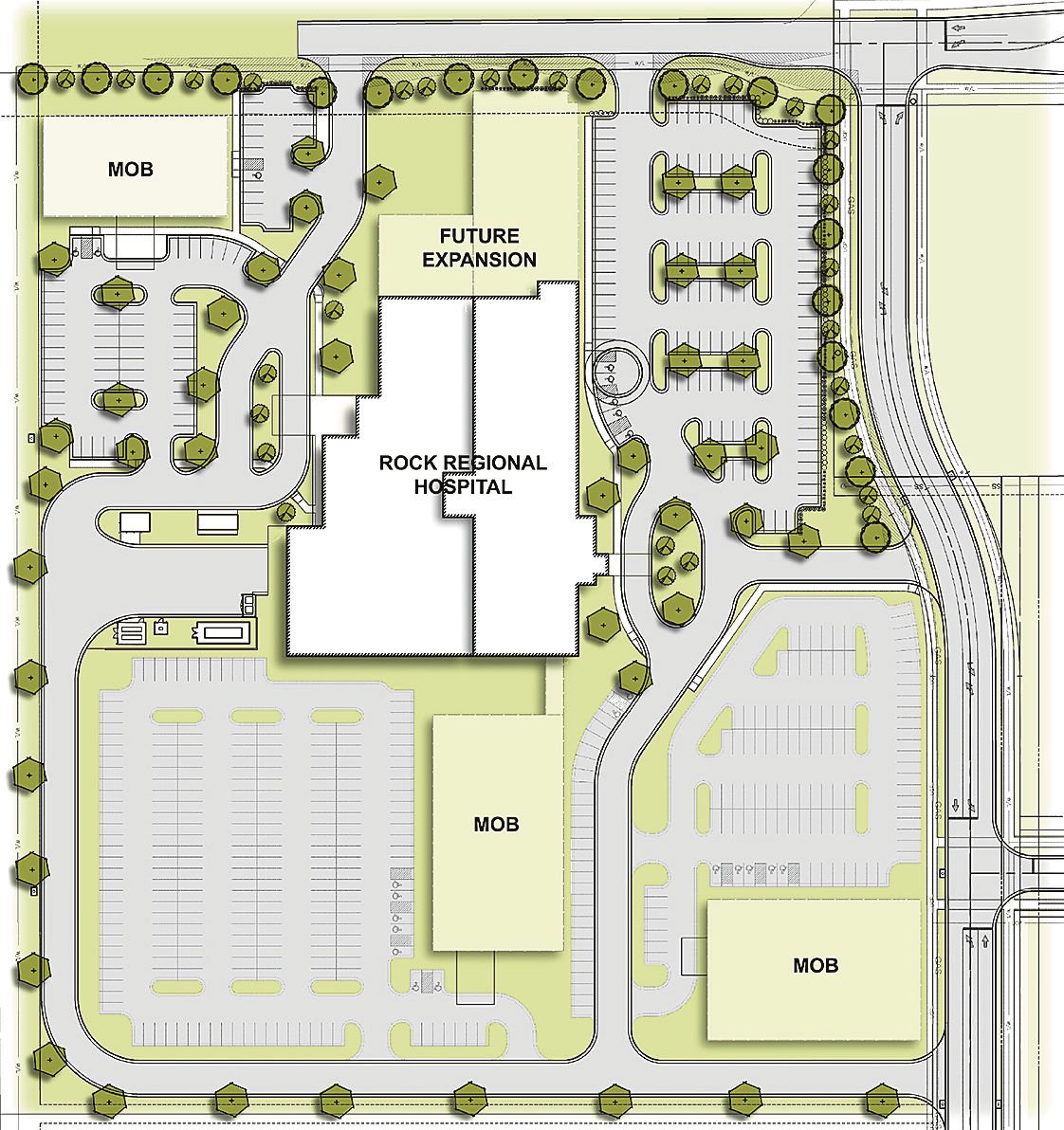 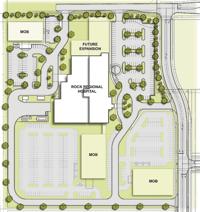 A new hospital for Derby took another step forward at the Jan. 5 meeting of the Derby Planning Commission, which approved its site plan and moved the concept’s design on to the city council.

At the meeting, Mike Belew, executive vice president of development for CarrBaierCrandall Real Estate Group, which is spearheading the development, announced that Rock Regional Hospital would be larger than first designed.

The $40 million hospital will be in the proposed STAR bond district, an area with specially designed tax status. As planned, it will be west of Rock Road and north of Patriot.

“The location is great,” Belew said.

The company is designing the project with a “campus” approach to be able to accommodate additional developments such as offices and clinics.

The business of medical services is a growing one, he said.

“There’s a significant demand for health care in this community,” he said, “and it’s not just our business that has recognized this. Health care is always in demand – people trying to get healthy or preventing from getting sick.”

Belew said the recent additions of the Wesley Medical Center emergency room facility and the MedExpress Clinic, both on North Rock Road, demonstrate that need.

As its name states, the facility will be regional in outlook, he said, serving not only Derby, but Rose Hill, Mulvane, Douglass and other cities in the area along with unincorporated rural districts.

“The outlying communities have grown,” he said.

Rock Regional would be a full-service facility able to handle about 90 percent of all health care cases, he said.

The hospital appears to be in the lead as far as developments within the pending district. Of course, the utilities have to go in and the bonds have to be sold, but Belew and his colleagues want to have all their paperwork done so they can get rolling on the hospital construction.

In another development, the commission approved the final plat for the bond district, known as the Derby Destination Development Addition. It now goes on to the council for its approval.

Among the developments proposed are new water lines to be extended from the current 24-inch line and looped through the district for future development needs.

The highest profile aspect of the district is the much-discussed dinosaur park, but that’s just one component of the overall plan. The design for that park has not yet been submitted to city planners.

“We expect to see that in the near future,” said City Planner Cody Bird of the plan.

Overall, there are simply a lot of moving parts to the entire district right now, say Bird and other officials.

Getting the bonds sold and then the utilities in are vital first steps, they say. Once those pieces are in place, development, depending on weather and other factors, can get rolling.