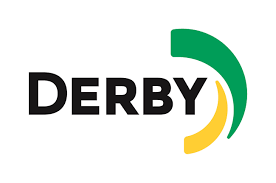 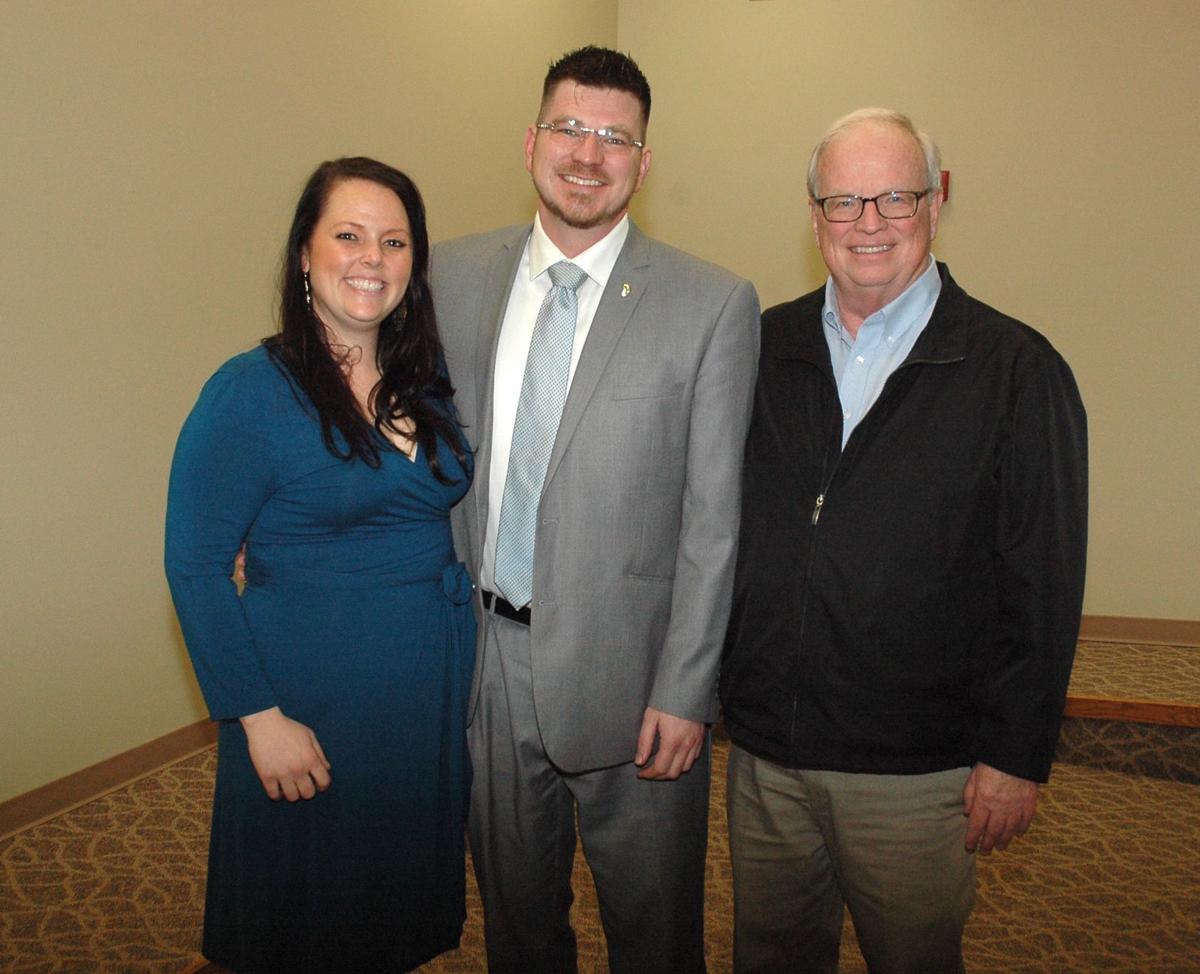 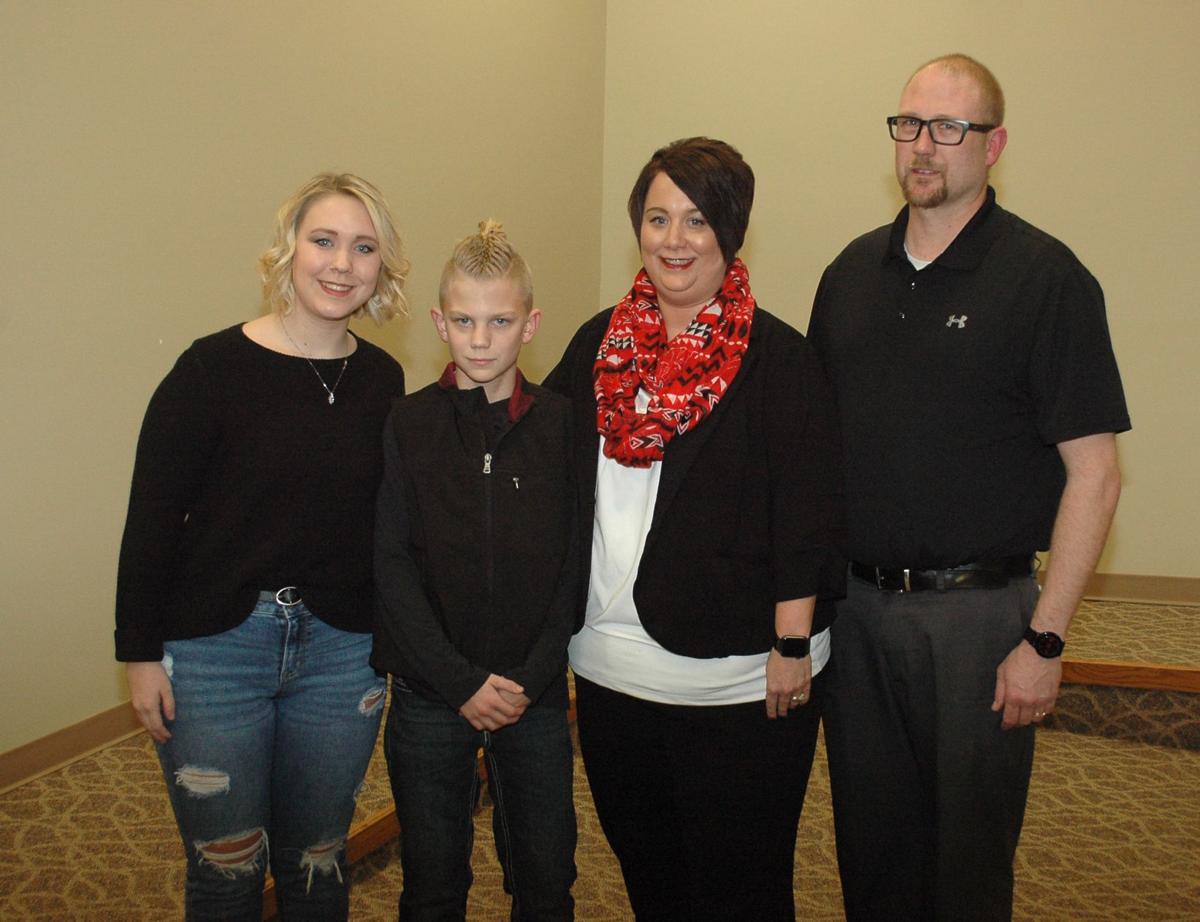 Two new members of the Derby City Council were sworn into office at its Jan. 14 meeting during a brief ceremony. Family and friends also were on hand to congratulate the two, Nicholas Engle and Jenny Webster.

With Engle is his friend, Lindsay Fine, and his father, Charlie Engle. With Webster is her husband, Tyson, and their children, Tori, left, and Connor.

Engle won the seat in the city’s Ward 3. He replaces Cheryl Bannon, who retired from the council after 17 years of service. Webster gained the Ward 4 seat that was vacated by Mark Staats.