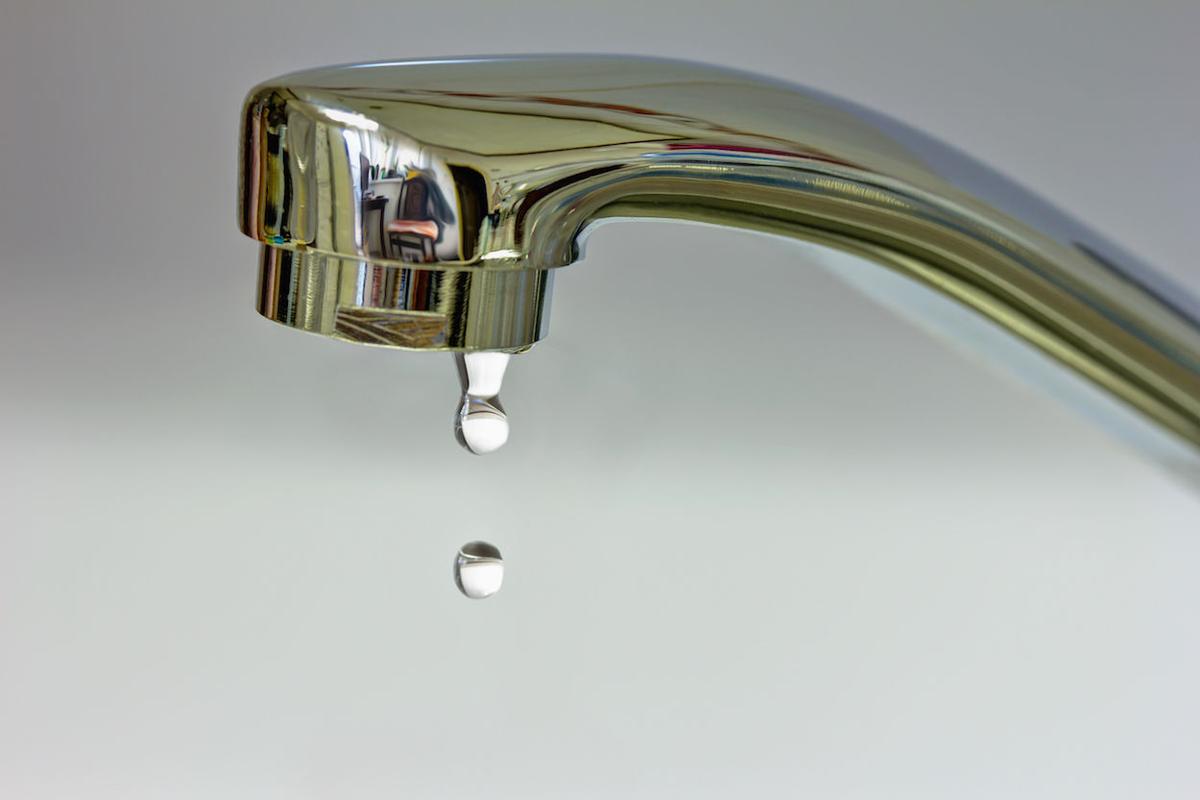 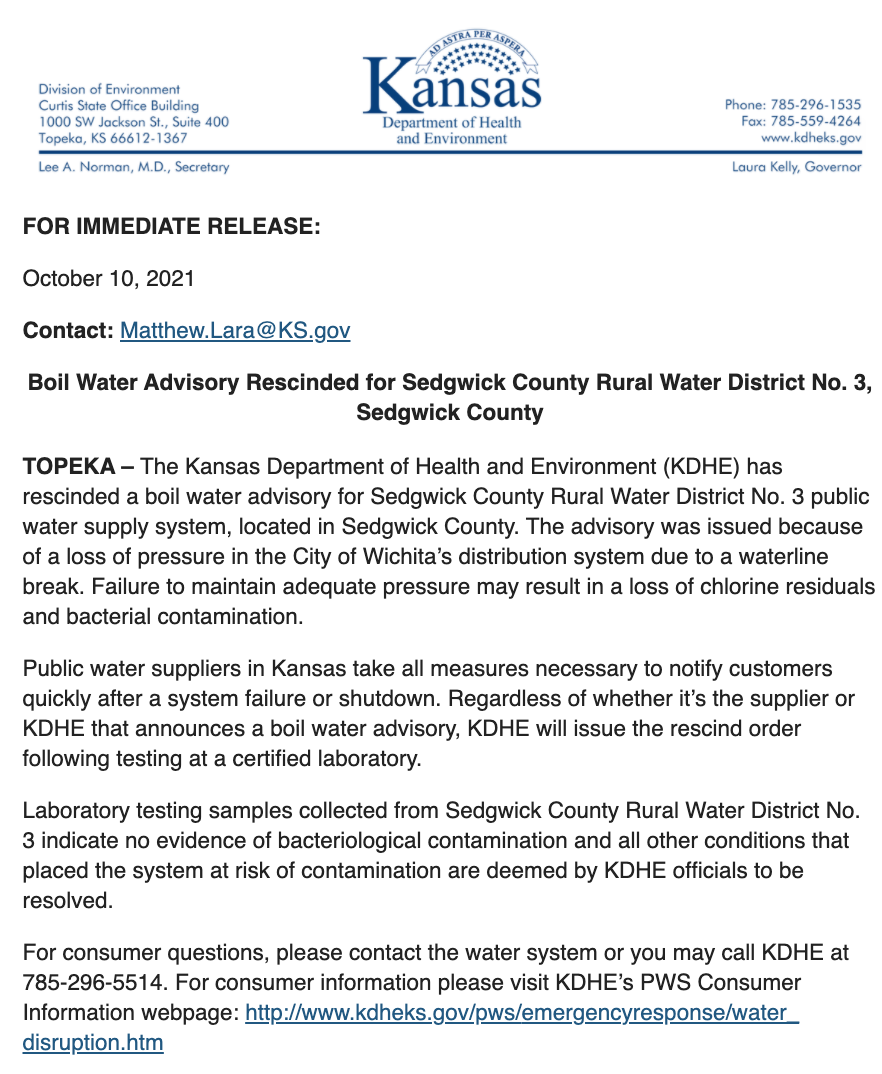 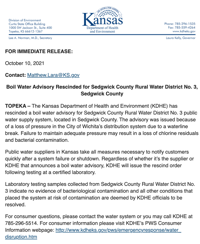 The boil water advisory for the City of Derby has been lifted by the Kansas Department of Health and Environment, effective 11:40 a.m. on Sunday, Oct. 10.

The water advisory was also rescinded for Sedgwick County Rural Water District No. 3 on Sunday morning, according to a release from KDHE.

Laboratory testing samples collected from Sedgwick County Rural Water District No. 3 indicate no evidence of bacteriological contamination and all other conditions that placed the system at risk of contamination are deemed by KDHE officials to be resolved.

The advisory was issued because of a loss of pressure in the City of Wichita’s distribution system due to a waterline break. Failure to maintain adequate pressure may result in a loss of chlorine residuals and bacterial contamination.

Laboratory testing samples collected from the City of Derby indicate no evidence of bacteriological contamination and all other conditions that placed the system at risk of contamination are deemed by KDHE officials to be resolved.

Public water suppliers in Kansas take all measures necessary to notify customers quickly after a system failure or shutdown. Regardless of whether it’s the supplier or KDHE that announces a boil water advisory, KDHE will issue the rescind order following testing at a certified laboratory.

KDHE recommends doing the following before resuming normal water use:

“We are happy to announce that the Boil Water Advisory has been lifted for the City of Derby,” said Robert Mendoza, Director of Public Works. “We appreciate the quick work by the City of Wichita and KDHE to get water back in service to our residents and businesses.”

If you have questions, call the City of Derby at 316-788-0301 (7 a.m. - 4 p.m. Mon. – Fri.) or email info@derbyweb.com. For consumer information, visit the KDHE Public Water Supply Consumer Information webpage at www.kdheks.gov/pws/emergencyresponse/water_disruption.htm