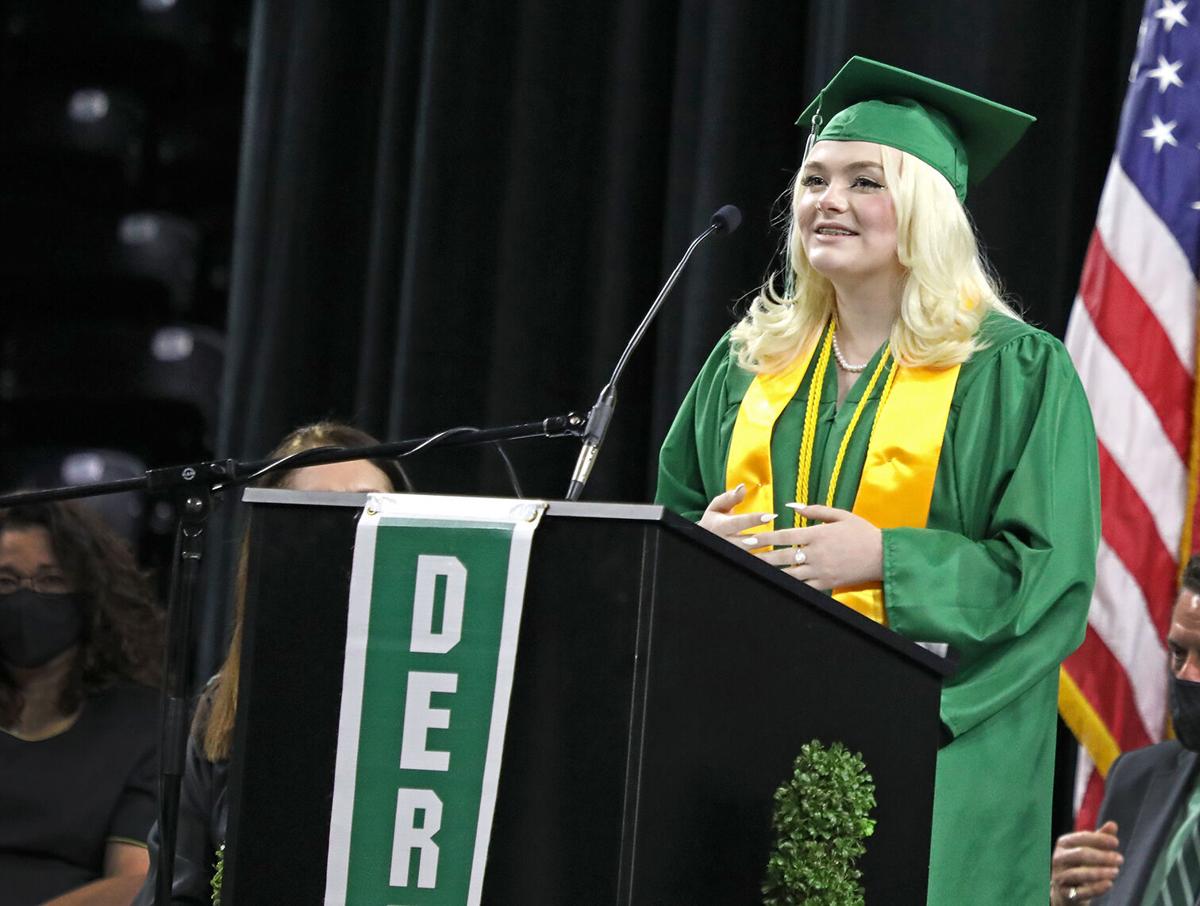 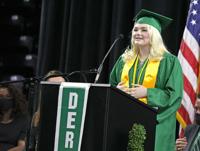 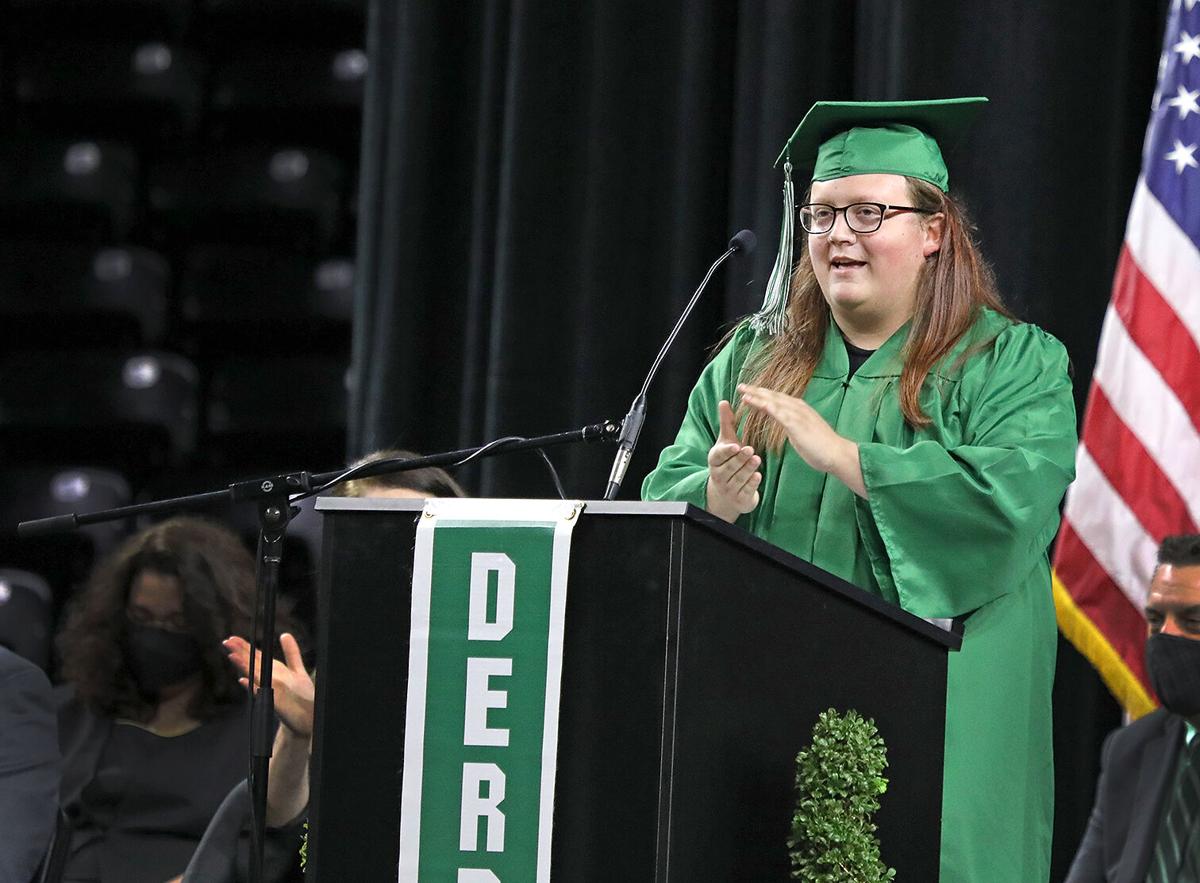 Class of 2021 graduate speaker Jackson Davis is no stranger to public speaking. In fact, he made it to nationals each year throughout four years of debate at Derby High.

“My first day of debate opened my eyes to so many issues in the world and also the idea of being more active in the community,” he said. “I became a much more confident speaker and presenter because of debate.”

Davis also spent some time at the Panther’s Tale newspaper and earned the highest score possible on the AP Language exam. He plans to attend Wichita State University and is currently leaning toward studying education.

Davis was drawn to education after his experience as a teacher’s aide. He hopes to someday teach English or perhaps work as a forensics and debate coach like his favorite teacher at DHS, Lynn Miller.

“It kind of gave me experience to talk to students and see teaching from a different perspective,” Davis said. “It really grew on me and [made me] more interested in the process of teaching. It kind of inspired me.”

Finishing up his high school career during the pandemic was “kind of a struggle” because of all of the uncertainty surrounding it, Davis said.

“But I firmly believe that this class that I was a part of was really strong, and if anyone could get through it, it definitely was us.”

In his commencement speech, Davis heavily emphasized expressing gratitude toward his friends, family members, teachers and others in the Derby community for their contribution to his success.

“I would not be where I am today if it weren’t for them, and I wholeheartedly believe that.”

EllieAna Hale, also a graduation speaker this year, said she, too, found her voice at Derby High School as a top editor of the Panther’s Tale newspaper.

Aside from working for the newspaper and yearbook, Hale also completed the biomedical pathway at DHS, and participated in debate, National Honor Society, Panther Crew and several internships. She also volunteered for political efforts by the Democratic Party during the November 2020 election.

“I just realized that I had such a strong passion for politics, whether that was helping out in elections, community work, or activism,” Hale said.

Her favorite assignment at the Panther’s Tale, Hale said, was a story about “women in power,” which took several months to put together. For the story, she interviewed women in politics like Sedgwick County Commissioner Lacey Cruse and former Kansas State Senator Barbara Bollier.

“I just worked really hard to actually go forth and do it,” she said. “It actually got published later in The Wichita Eagle, so it was just a very exciting story.”

Hale plans to attend the University of Missouri-Kansas City to pursue a double major in political science and mass communication. She became acquainted with Kansas City through her mom’s job and is hoping it will be a good starting point for her career in law, journalism and/or politics.

Ultimately, she hopes to attend law school and become a constitutional lawyer. She was exposed to that career field during a mentorship with Grow Your Own Lawyer in high school.

In her speech, Hale said she wanted to “inspire” others to move into their future and take charge of their lives.

“I really wanted to inspire people and focus on tomorrow rather than focusing on what had happened previously – especially since the year we just went through was kind of hectic,” she said. “My main goal in life is to inspire and help people.”

Daniel Caudill is a reporter and the digital content manager for the Derby Informer. Contact him at daniel@derbyinformer.com for questions and news tips.

Daniel Caudill is a reporter and the digital content manager for the Derby Informer. He primarily covers education and features. Contact him at daniel@derbyinformer.com for questions and news tips.