Derby Public Schools says a witness report claiming that a school official said “not my president” when requesting a student remove a Trump flag from Friday night’s football game is inaccurate.

”After a thorough investigation and interviewing multiple witnesses (adults and students) in the immediate vicinity of the incident ..., we have concluded that no school official made the statement ’he is not my president,’” said Andy Koenigs, USD 260 assistant superintendent of human resources, in a statement to the Informer.

The witness report was submitted by Derby resident Lt. Kevin Miller to the Informer and district officials.

Derby Public Schools said a district official acted in error when they took a Trump-related flag from a student and requested the student return it to his car at Friday night's match against Newton.

In line with the theme of "Military Night," student attendees at the varsity football game were decked out in patriotic gear, including red, white and blue body paint, garments and United States flags.

Some students also showed up to express their support for President Donald Trump by painting "MAGA" or "Trump 2020" on their bodies. At least one student brought a Trump 2020 flag.

After an investigation of the incident, the district determined "there was a misunderstanding about how to handle any flags that may have been brought into the event that evening," said Andy Koenigs, assistant superintendent of human resources, in a statement to the Informer.

A photo obtained by the Informer appears to show Derby High School Assistant Principal Alison Strecker holding a rolled-up Trump 2020 flag as multiple students gather around. A police officer and another district official can be seen talking to students.

Citing privacy concerns, the district declined to confirm the identity of the official holding the flag in the photo.

While the DHS student handbook does not appear to have any specific reference to flags or symbols at school-sponsored events, it says "students are expected to maintain standards of behavior that are acceptable to school personnel at all school-sponsored activities, home and away."

"Any unacceptable pattern of conduct (e.g. disrespect, defiance, disruptive behavior, harassment, inappropriate language, inappropriate displays of affection) will be dealt with by staff and/or school administration," reads the policy under "General Rules of Conduct" on page 29. 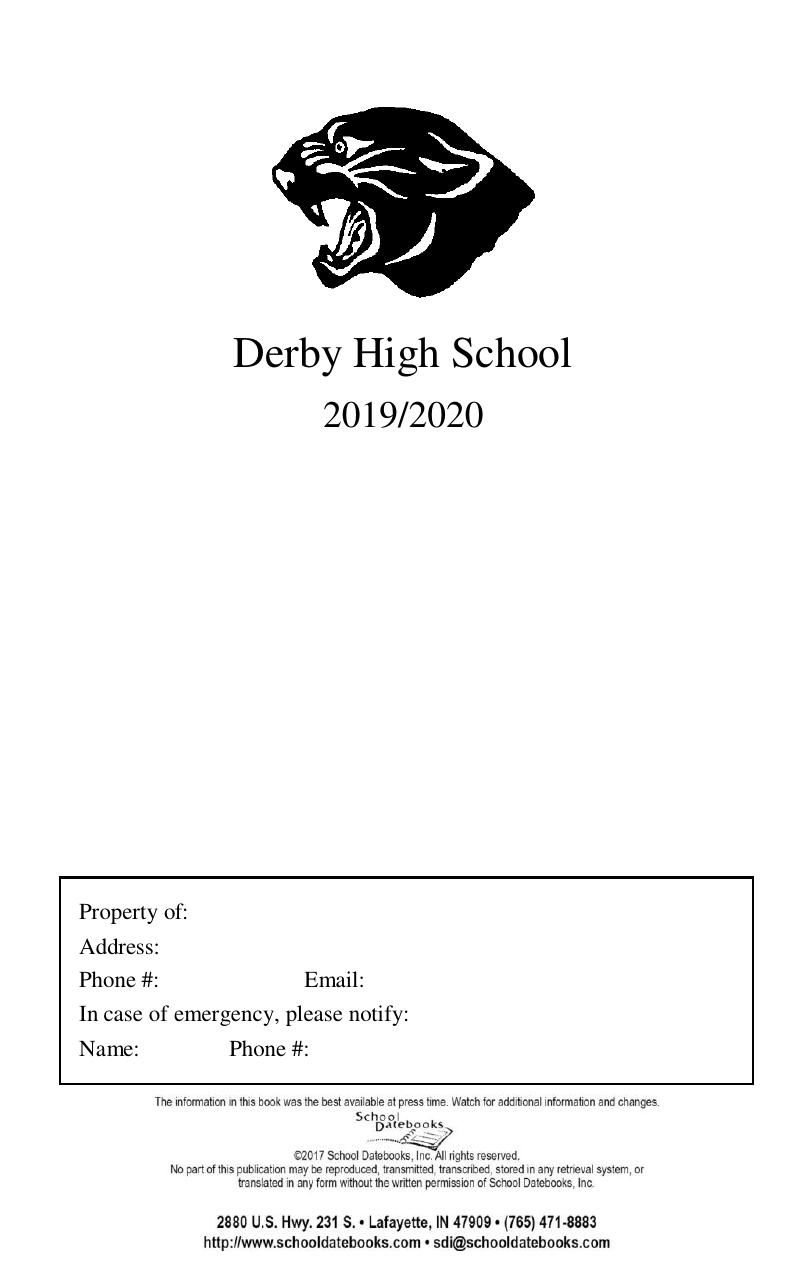 It is unclear what circumstances led to the flag being removed from the student‘s possession. The district declined to confirm whether the student was being disruptive or otherwise violating school policy.

The student could not immediately be reached for comment.

Lt. Kevin Miller, a lifelong Derby resident, submitted a witness statement to district officials and the Informer. Miller is a member of the Kansas Army National Guard.

As he was returning to his seat right before kickoff, Miller said he saw what appeared to be a district official holding a Trump 2020 flag, which he says he had seen in a student's possession earlier.

"Within a few feet from from this female wearing a Derby shirt, [who] appeared to be a faculty member, I had heard her say, clear as day, 'not my president,'" Miller wrote in his statement.

Miller says the student then responded "he is your president!"

Miller said he did not see the events leading up to the incident, nor does he know any of the students involved. He said he wanted to bring forth his statement to help set the record straight.

"I am only reporting on the facts [that] I know to be true as a credible witness to the events," Miller wrote. "I did not hear anything mentioned before the fact nor after."

The district declined to confirm whether the official removed the flag from the student's possession before he was asked to return it to his car.

"...We would not provide further detail regarding student or staff incidents," Koenigs said.

DPS ended its statement apologizing for the error, saying it supports students' rights.

"We apologize for the situation that occurred last night and regret that this incident may have detracted from Military Night and the celebration it is meant to be for our members of the military."

In the landmark Supreme Court case Tinker vs. Des Moines (1969), justices ruled 7-2 in favor of symbolic expression at public schools, after officials sent a group of students home for wearing black armbands in protest of the Vietnam War.

A description of the case on Oyez.org, an online Supreme Court database, says the court concluded that "students [do] not lose their First Amendment rights to freedom of speech when they [step] onto school property."

"In order to justify the suppression of speech, the school officials must be able to prove that the conduct in question would 'materially and substantially interfere' with the operation of the school.

Read the district's full statement below

"Friday, September 20th was Military Night at the Derby vs Newton football game. During this event a student who attended the game was asked to return a flag in their possession to their car.

District Administration and Derby High School Administration have investigated the facts and circumstances surrounding this incident. There was a misunderstanding about how to handle any flags that may have been brought into the event that evening.

Derby Public Schools supports our students’ rights in this incident and the request to remove the flag was done in error.  We apologize for the situation that occurred last night and regret that this incident may have detracted from Military Night and the celebration it is meant to be for our members of the military."

"I Kevin Dean Miller on the 20th of September 2019 while attending a Derby High School football game and just right before the football game began, had witnessed a possible staff member stating political comments while addressing students.

After getting seats with my wife in the bleachers on the south end, I decided to go and divulge in the concession stands, right before kick-off at 7pm. On my way back to the bleachers I had noticed a female holding a flag (which I had seen earlier, from a student holding it). The flag was a 'Trump for president 2020' flag.

As I walked by within a few feet from this female wearing a Derby shirt  and what appeared to be a faculty member, I had heard her say, clear as day 'not my president.' The student’s response was, 'he is your president!'

Now I am only reporting on the facts in which I know to be true as a credible witness to the events. I did not hear anything mentioned before the fact nor after. This has apparently been a hot topic on local social media sites, and other witnesses coming forth as well, and even a video was mentioned to be out there (un-confirmed, only stated in a comment).

Now I do not know the standing policy on freedom of speech at  school activities, more or less I’d like to know if the students were in fact prohibited from bringing these flags in. And what possible general code of conduct these students may have violated.

The flag was given back to the student and he had to take it out of the stadium."