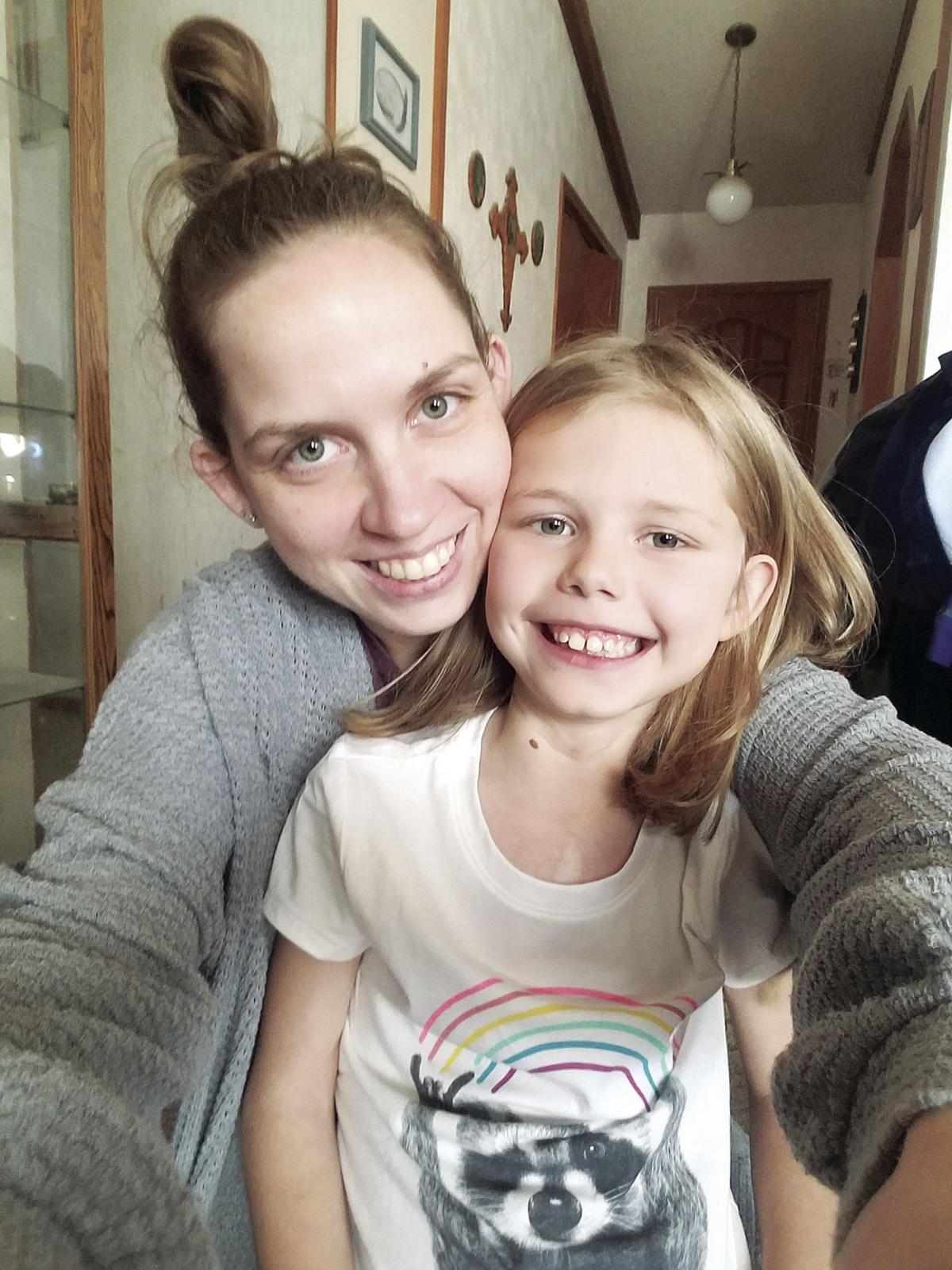 Melissa Dodge and her 9-year old daughter Brooklynn, who has a heart condition, are headed to Hawaii thanks to Make- A-Wish supporters and others.

When second-grader Brooklynn Dodge donned a lei and sunglasses and sat down in the El Paso Elementary School gym for an assembly on Jan. 31, she had no idea she was about to be the center of attention.

After all the school’s students, wearing sunglasses and leis, had filed in and were sitting on the floor, Principal Carla Schartz called Brooklynn to the front of the room. Her classmates counted down from five, then yelled: “Surprise, you’re going to Hawaii.”

Brooklynn, 9, diagnosed with hypoplastic left heart syndrome, had been granted her wish to swim with the dolphins in Hawaii by Make-A-Wish® Missouri & Kansas, and the Hawaiian luau was arranged as the wish reveal.

Sonia Bries, Derby, a volunteer Wish Granter for Make-A-Wish® Missouri & Kansas, worked with the Dodge family on Brooklynn’s wish and the reveal.

“For us [volunteer wish granters] I think this is the best part of the process … taking little bits and pieces of the child’s favorite things and making the wish reveal unique to them,” Bries said. “The best part by far was Brooklynn’s jumping up and down and her pure joy when we revealed her wish was coming true.”

Brooklynn’s mother Melissa Dodge said they had initially talked about doing just a classroom party for the reveal, “but then Sonia came back and said they had raised enough money to do the whole school.”

Dodge said she managed to keep it a secret not only from Brooklynn but from her three brothers – one in middle school, one who also goes to El Paso, and a younger one.

“I did have to tell my older son about the reveal since I was picking him up from middle school, but he didn’t know where it would be or what was going to happen, and my youngest was with me and he didn’t know anything.

“They have computers at El Paso and when I was in the office before the assembly, I got an email from my son,” Dodge said. “He had snapped a picture from his computer of himself in a lei and sunglasses and wrote ‘I don’t know what’s going on, but how do you like my new look? We’re having an assembly, talk to you later.’ He had no idea,” she laughed.

Brooklynn’s wish evolved from her love of water, according to her mother.

“She had a tracheotomy for five years, so her access to water was very limited for a long time,” Dodge said. “She would talk a lot about all things water, like ‘I can’t wait to go to the beach,’ and ‘I wish I were a mermaid.’”

She said Brooklynn was five-and-a-half before she went into a swimming pool, but “as soon as we put her in water, she loved every bit of it. She’s in the water all the time and has been doing swim lessons.

“When she asked about going to the beach, we started talking about what she would do at the beach, and then it kind of segued into ‘I want to swim with the dolphins.’”

The family – including brothers Lucas, Jackson and Jason – will spend about a week on Oahu at a hotel on Waikiki. In addition to fulfilling Brooklynn’s wish at Sea Life Park Dolphin Encounter, the family is planning excursions to Honolulu and Pearl Harbor.

“I don’t even have to go there to know I’m going to have a good time – it’s Hawaii,” Brooklynn said.

Make-A-Wish® is the nation’s largest wish-granting organization. It has fulfilled wishes of more than 315,000 children in the United States and territories since 1980. Headquartered in Phoenix, Make-A-Wish serves every community in the United States, Guam and Puerto Rico through its 60 chapters.

Make-A-Wish® Missouri & Kansas serves every community in Missouri and Kansas and has fulfilled wishes of more than 8,800 children with critical illnesses since 1983.

· Have been diagnosed with a progressive, degenerative or malignant condition that has placed the child’s life in jeopardy;

· Have not received a wish from another wish-granting organization.