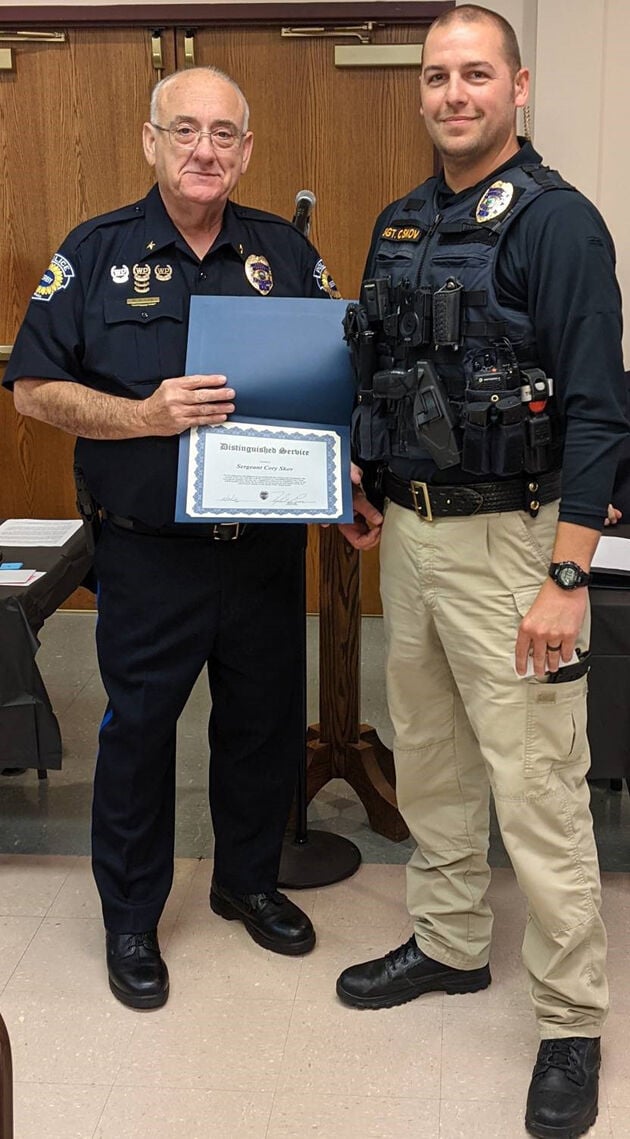 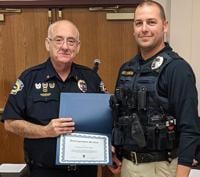 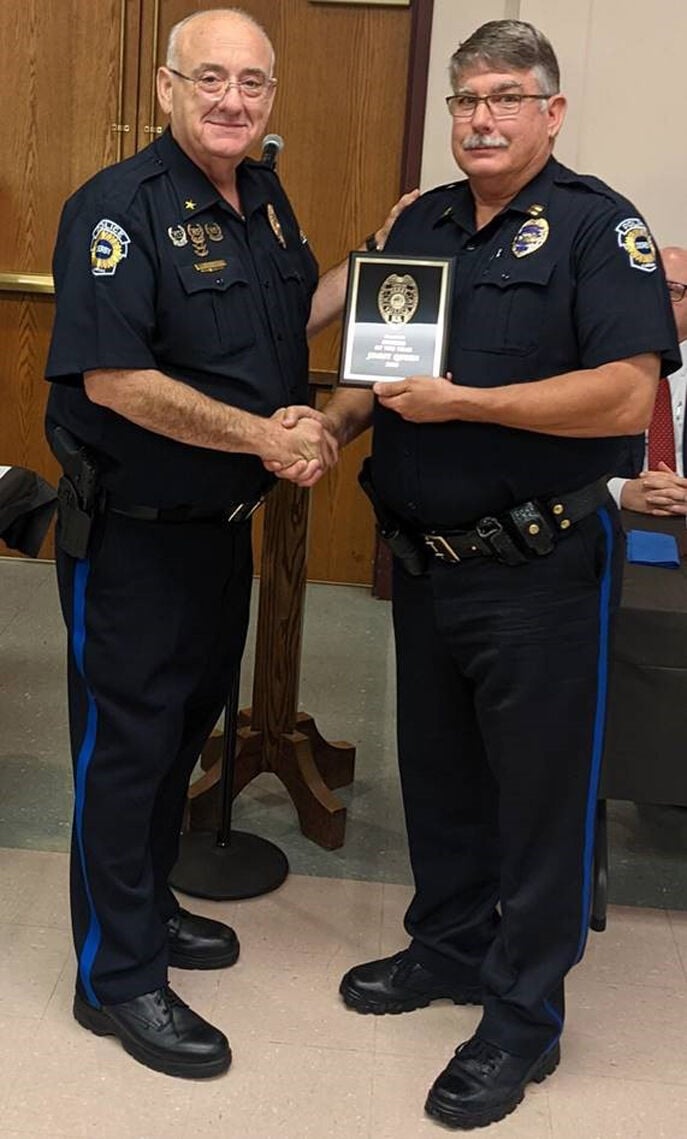 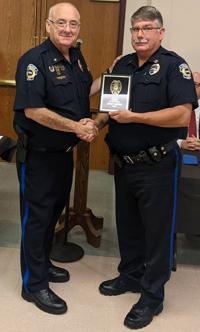 Members of the Derby Police Department were recently recognized at the annual police banquet.

Being honored at the ceremony were Cory Skov (first photo), who received the distinguished service award, and Captain Jimmy Queen (second photo), who has named the Officer of the Year.

Awards were handed out by Derby Police Chief Robert Lee.

Animal Control Officer Tori Brown (not pictured) was also recognized as the Civilian of the Year.