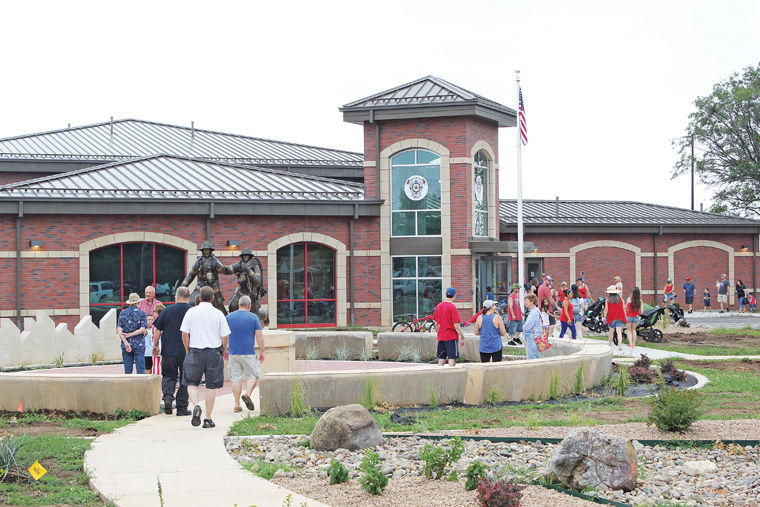 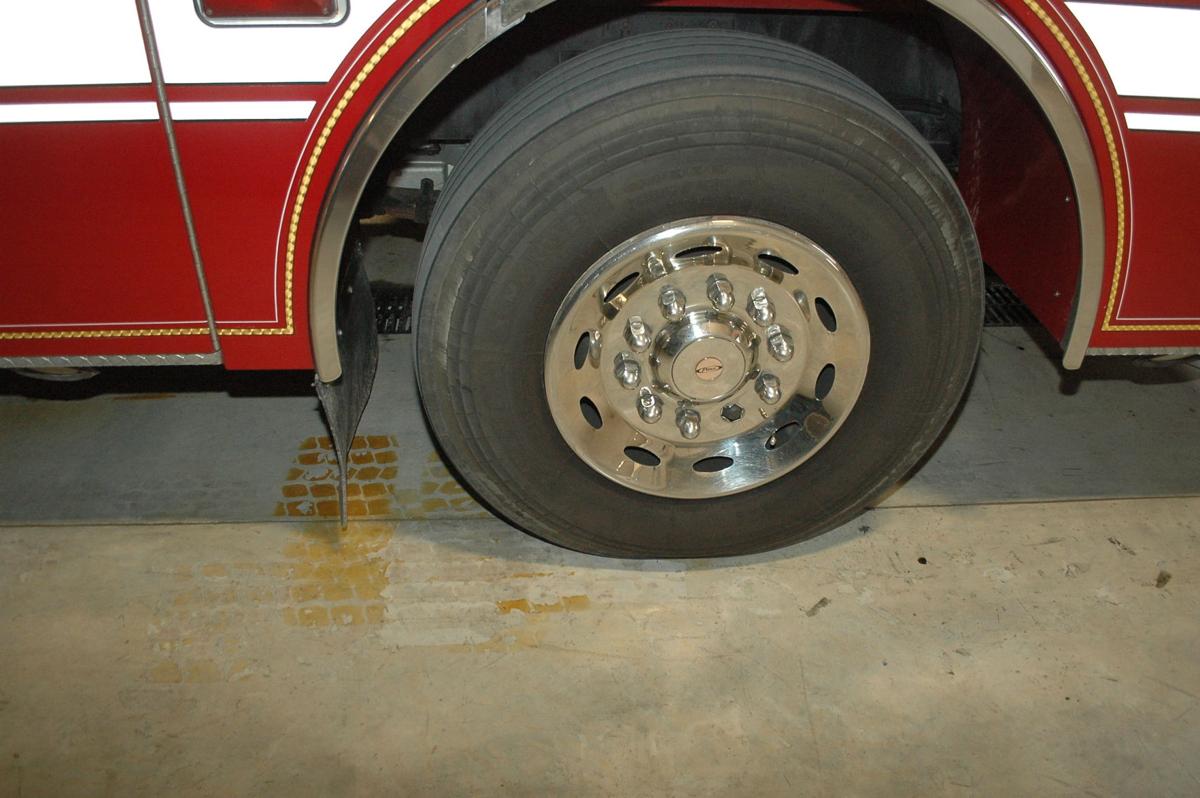 Premature wear is shown by a fire truck tire at the station. This is not a problem at the city’s other station on Rock Road, which has a more durable epoxy surface. That material will now be used at Station 81 in the bay and garage area. 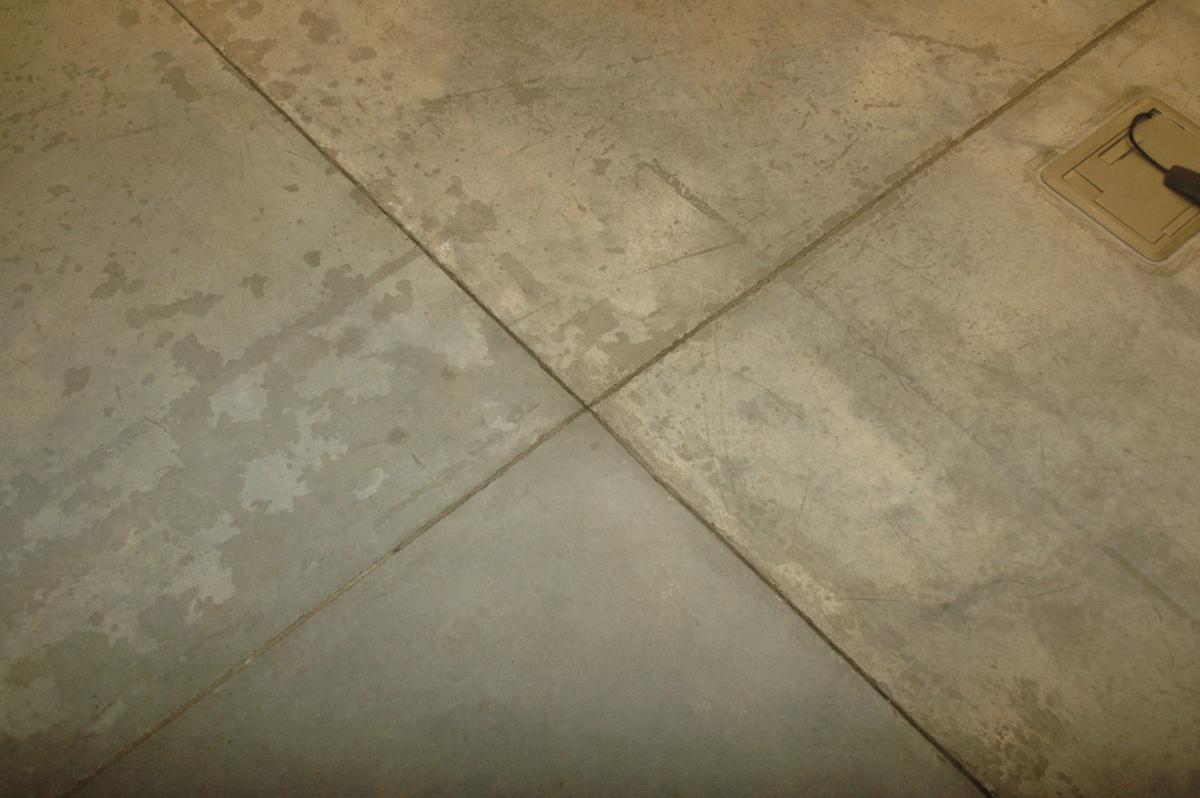 Flooring at the newly opened Fire Station 81 is peeling and showing wear. Even after testing, no reason could be found for the problem. The city and contractors will be paying for a new floor, which is projected to last much longer.

Sometimes in new construction, be it a house, business or government building, things don’t go exactly according to plan. Such is the case at the city’s new Fire Station 81, which opened last year at a cost of $6.25 million.

From the outside of the station at the southwest corner of Woodlawn and Madison, everything looks fine, but a closer look at the interior flooring shows issues: the floor finishes throughout the station are peeling up and showing much more wear than what would be expected from a new one.

The floor finish installed at the new station was a water-based, clear coat concrete sealer. The project specified a sealed concrete product, according to Deputy City Manager Kiel Mangus. The product used met those specifications, he said, but it “just didn't take.”

Looking over the floors, Mangus termed the surface as “disappointing.”

To correct the issue, the city proposed a new agreement to re-do the floors.

It’s not the contractors’ fault, he said, as they worked with the specifications given to them. And that product has worked in other situations, such as parking garages, he said.

Mangus did give credit to the two contractors and their contribution.

The City Council approved the agreement at its Feb. 11 meeting.

Mangus explained the issue to the council in a written report and a presentation at that meeting.

After the problem became apparent, the involved parties got together for an inspection.

They were the contractors and a product representative from Sherwin-Williams.

“All agreed the quality was a problem, although agreement as to the cause could not be reached,” Mangus said.

And testing didn’t find a reason. While it’s unknown why the product didn’t work, it’s known what it didn’t do, which is stick firmly to the concrete surface.

However, something needed to be done.

Mangus said there were a couple of options available.

For one, because the project was still under warranty, the city could have taken the position that the work needed to be redone.

But then, there’s no guarantee it would work and the city could be back in the same situation.

“However, we determined a better sealer product was available for a fire station,” he said.

Thus, city staff said the best route would be to replace the original product with a solvent-based epoxy finish in the apparatus bay and garage area.

There’s no doubt the epoxy is more durable, which is what’s needed to handle the heavy load of trucks moving in and out on a daily basis.

Station 82 on Rock Road has an epoxy floor and “we haven’t touched it for 17 years,” he said.

New product should last for years

Then a polished concrete finish in the north office areas, south kitchen, locker rooms, and the bunk areas, would be employed.

Going back and putting a higher quality product will pay off in the long run, he said.

The city’s money is available from two sources, Mangus said.

There is $7,821 available in the Fire Station project fund and the remaining $39,179 is available that was originally intended for two water lines projects.

Those are the High Park water line loop and water main to Decarsky Park.

Those two jobs were under budget, so there is extra money that can be transferred to this job and it won’t affect the water projects.

The job will involve grinding the sealer off the floors and applying the epoxy finish.

Mangus said there will be coordination with the contractor to minimize the impact on station operations.

In the end, it was a lesson learned.

“Hindsight is 20-20 and we probably should have looked at other stations,” Mangus said. “It was an oversight.”

If there’s any consolation, the flooring has been the only major issue with the station. There’s been some adjustment dealing with the HVAC system, but “nothing big,” he said.