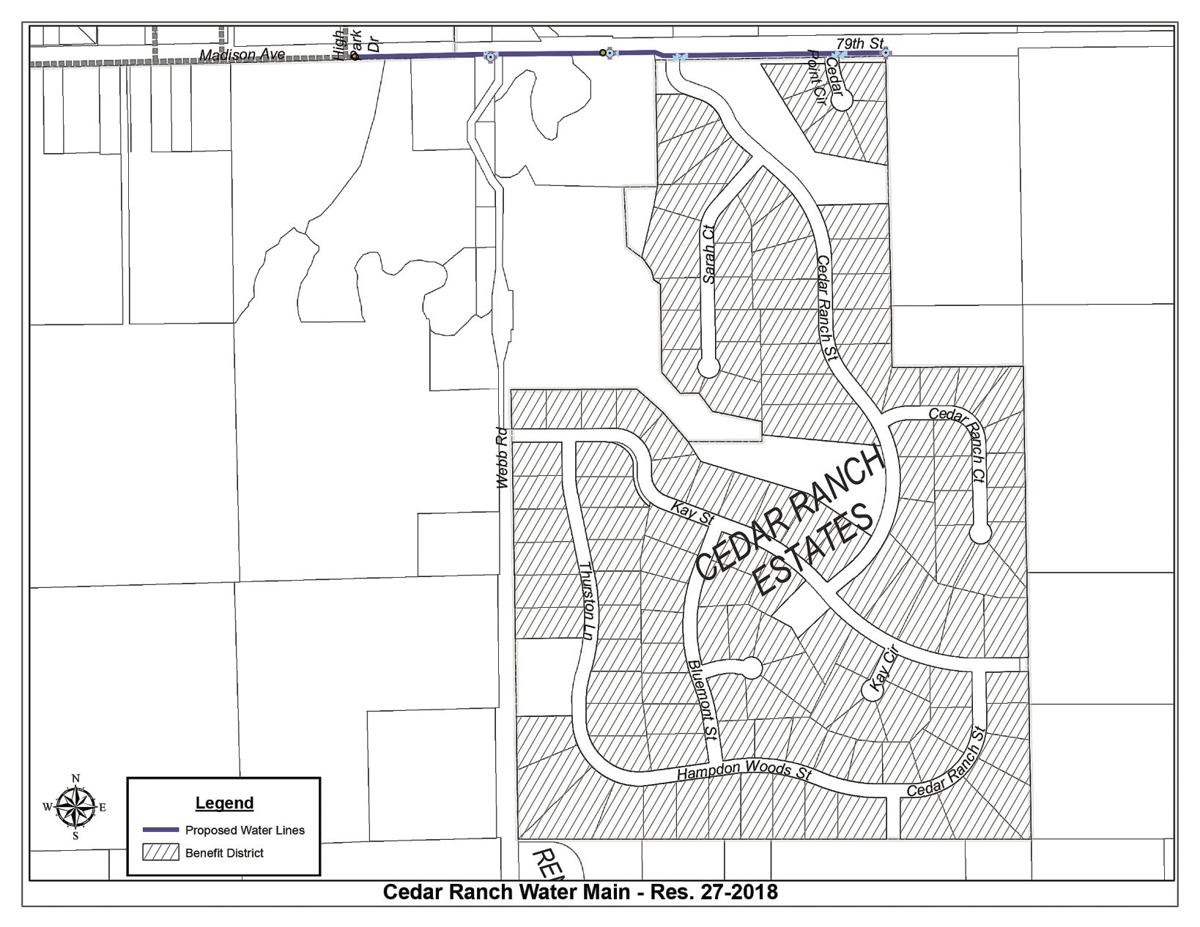 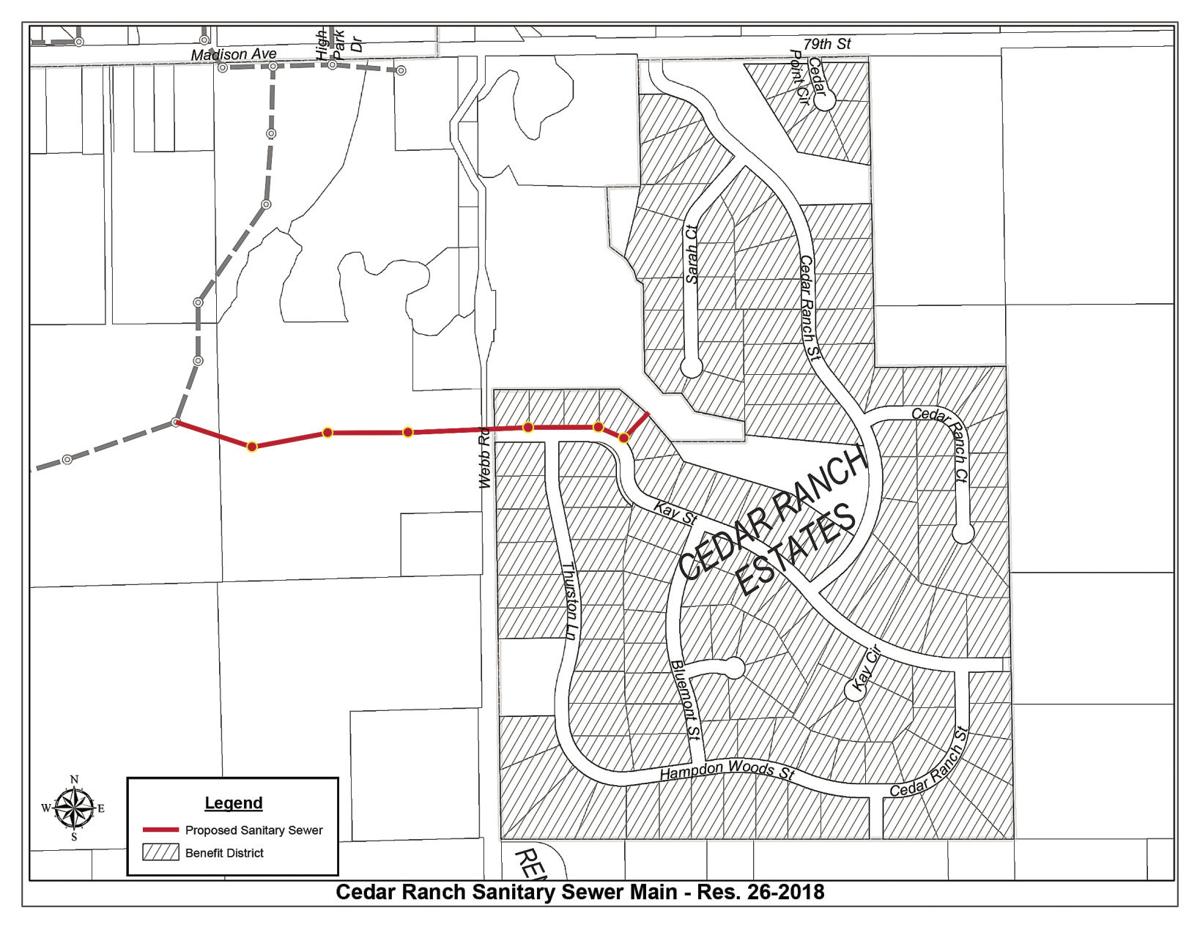 Work will start soon on sewer and water lines for a new housing development on the city’s southeast side.

The project, Cedar Ranch Estates, is located south of Madison Avenue and east of Webb Road. The 176-acre tract is platted into 129 single-family residential lots.

The landowners want to develop the addition in multiple phases.

For the initial phase, four separate projects are necessary to extend water and sanitary sewer to the site and provide residential service to Phase 1.

The winning bid for the sewer project was $613,205 from Goddard-based Nowak Construction, slightly lower than the engineer’s estimate from Baughman Co. PA of $634,160. There was one other bidder, Mies Construction, which submitted a price of $849,215.

This is the second go-around for the bidding.

The original bid was on July 9; however, those bids were judged to be too high.

“Excessively wet spring weather and corresponding contractor workloads contributed to the elevated pricing,” said Director of Planning and Engineering Dan Squires in a report to the council. In order to bring the bids down, the design engineer evaluated cost-saving options and made revisions to the plans.

Gary Renberger, who is developing the concept with his son, Brent, said he’s pleased to be making progress on the project, even if there was a delay due to bids that were beyond budget during the first round.

“We just had to wait for better timing,” Renberger said. “The bidding is much more favorable now.”

Work should begin within the next 30 days or so and should be done in a three-to four-month period. Then there will be dirt work undertaken for the streets.

Construction on the first houses should begin in the third quarter, he said, with residents able to move in next spring. So far, there have been five lots sold. More will be sold as marketing gets back on track, he said.

That process was delayed because of the bid setback, he said.

“We had to get through all this,” he said.

In a related development, a bid from Wichita-based Dondlinger Construction of $358,770 was authorized by the council for construction of a water main extension to serve the development. Nowak Construction lost out on this bid, as its submission was $378,500, more than the engineer’s estimate of $362,900. Again, this project has a split cost. The improvement district will pay $241,703 and $117,066 by the city at large.

Two other projects with the development were approved under the council’s consent agent, which bundles a series of items.

One had to do with water line improvements for Phase 1. The winning bid was $149,446 from DLS Underground.

The other was sanitary sewer improvements for Phases 1 and 1A. Again, Nowak Construction had the lowest bid. It was $416,244. The cost of those improvements will be assessed entirely to the improvement district and not the city at large.

All bids were approved by the City Council at its Jan. 14 meeting.

There also will be special taxes, but those costs won’t be known until the streets are bid.

Would-be residents have three builders to choose from for the covenant community, which will have an HOA.

The Renbergers said they felt there was a need for country-style living in the city. The development will provide a semi-rural feel, but also be close to Derby and have all the similar amenities and services, they say. The lots would be ideal for someone with a hobby or a gardener who needs extra room or people who simply like a little extra land or an outbuilding, they say.

With that in mind, plans call to allow a lot owner to have an accessory structure of up to 2,400 square feet.

The land’s original concept, which was called the Quail Run Addition, called for 401 housing units on 166 acres.