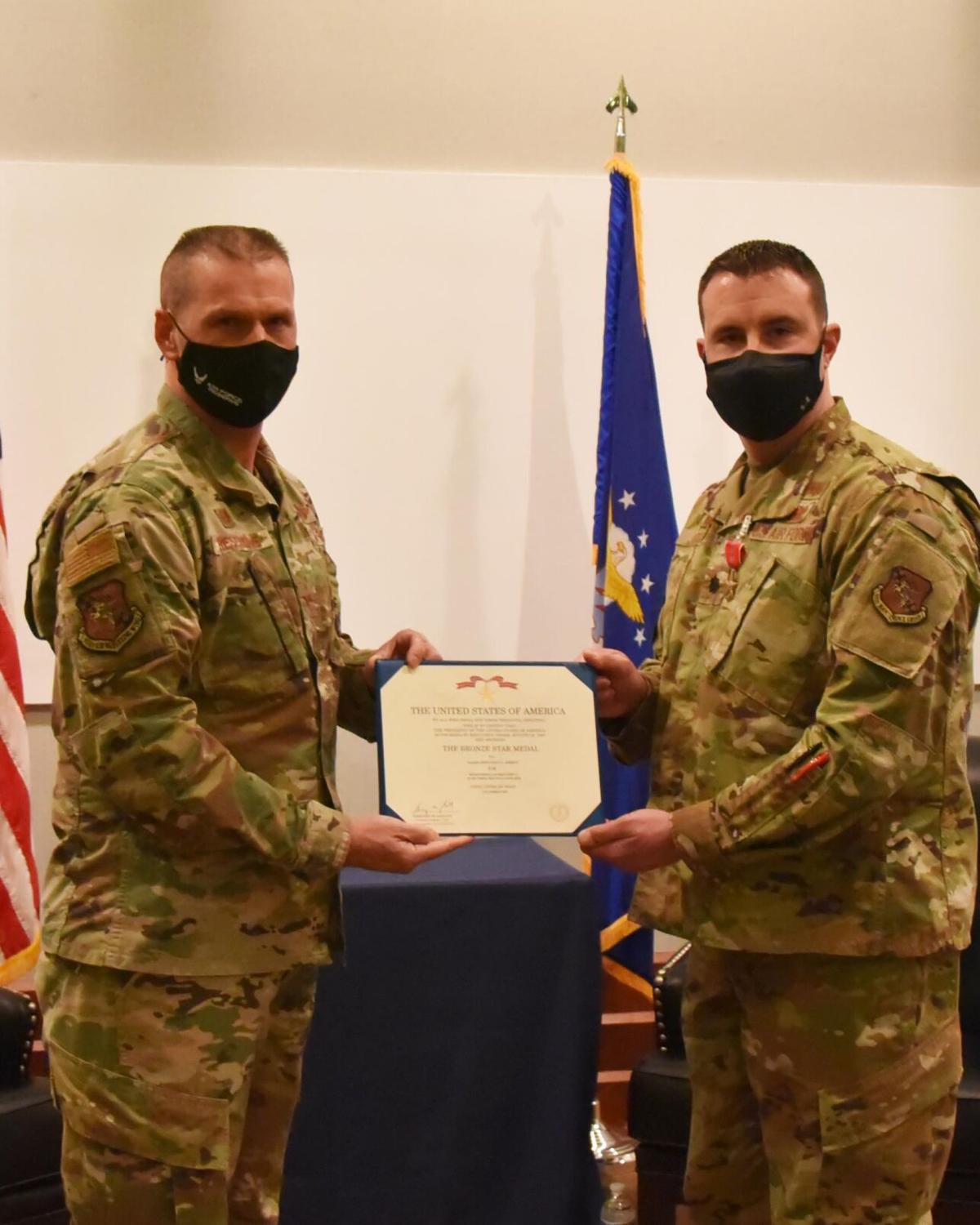 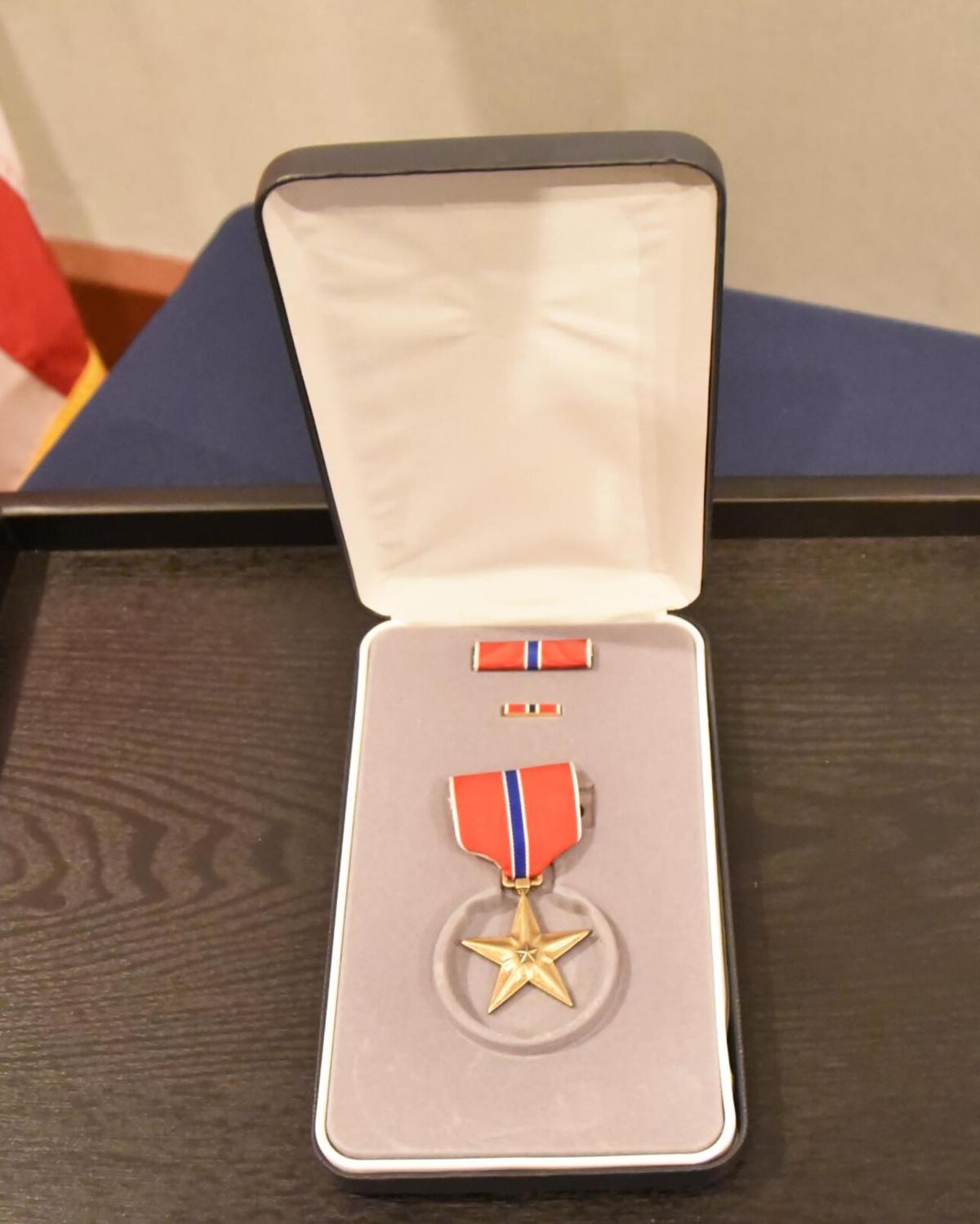 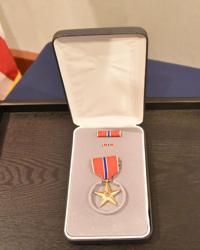 Lt. Col. Johnathan Jordan received the Bronze Star during an official ceremony Feb. 5, 2021, at McConnell Air Force Base, Kansas. Jordan was presented the decoration, the fourth highest military honor, in recognition of his heroic actions after Iran launched 16 missiles at U.S. Forces in Iraq in January 2020. At the time, Jordan was serving as an Air Force director of operations officer Al-Asad Air Base, Iraq, where 11 missiles struck. (U.S. Air Force photo by Maj. Andrea Morris)

Lt. Col. Johnathan Jordan was presented a Bronze Star on Feb. 5 during an official ceremony at McConnell Air Force Base.

Jordan was presented the decoration, the fourth highest military honor, in recognition of his heroic actions after Iran launched 16 missiles at U.S. Forces in Iraq in January 2020.

At the time, Jordan was serving as an Air Force director of operations officer at Al-Asad Air Base, Iraq, where 11 missiles struck. Jordan’s actions were recently documented, along with other service members who survived the ordeal, in a Washington Post article last month. Despite the scale of the attack, no U.S. service members perished.

This was in part due to the efforts of Jordan, who along with his commander, Lt. Col. Staci Coleman, helped coordinate the removal of half of their 160 Airmen on a C-130 Hercules, with Jordan in command. The other half of the Airmen remained behind with Coleman.

Col. Robert Thompson, the 931st Maintenance Group commander, spoke to the gathering at the ceremony about the importance of Jordan’s role during the attack, and how grateful he was that Jordan made it back safely.

“Little did I know upon making the decision to send John Jordan downrange of the adversity that he, his family and our unit would face; the adversity you heard about today,” Thompson said. “It was his input that led to the decision to drive half the force off base because they knew that they had an operation to continue once the attack was over.”

Despite the praise Jordan received from his leadership, he was quick to give credit to his peers who helped him ensure the safety of all the service members in his command in an interview with local media after the ceremony. He also revealed that he was able to overcome the challenges of that night by sticking to his greatest principle.

“What we can do is control the things that we can control and make them the best we can make them,” Jordan said. “Everything else is up to God, or in whomever you believe.”