As part of a phased reopening, Derby’s Rock River Rapids will start its 2020 season no earlier than June 1 – with the city and DRC looking at a number of changes to increase safety at the water park, including closing two water slides, restriction of inflatable tube use and capacity limitations.

As of May 4, Gov. Laura Kelly’s phased reopening plan for Kansas is officially in effect. Over the course of the next month, businesses across the state will slowly start to return to normal operations.

During its most recent meeting on April 28, the Derby City Council discussed how that reopening would look for city services and amenities.

Given that all city departments stayed busy (some more than others) while the stay-at-home orders were in effect, City Manager Kathy Sexton said staff saw no rush to reopen the doors to city hall – as that would actually bring on more work in terms of preventative measures. Given that city staff are still balancing what work can be ongoing and what can be delayed in the face of COVID-19, and the ability to get a majority of work done while closed, they are in favor of keeping the doors locked for the time being.

Likewise, the neighboring senior center will remain closed in the immediate future as staff continue to work out the best plan moving forward with the threat of the coronavirus still looming.

“We’re not going to open the senior center next week or the week after,” Sexton said. “It’s a noble and valuable service, but we are watching what the CDC, the governor and the county say.”

Derby Dash, however, is an essential service offered through the senior center that remains in operation – though safety precautions have been taken and it was reported the number of riders has gone down. 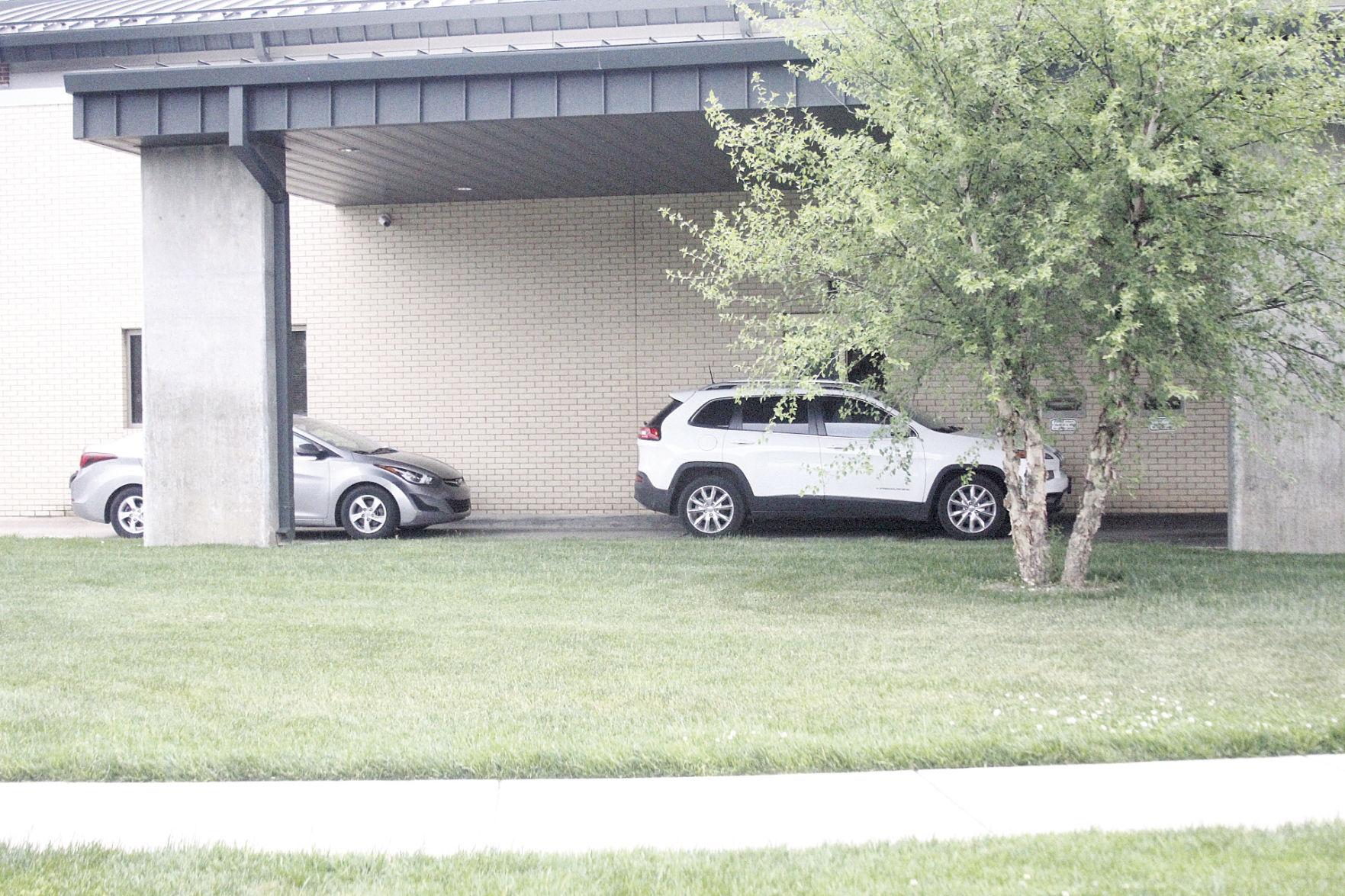 The Derby Public Library’s drive-thru was one of the first city services to reopen as normal, with the return of additional services currently being evaluated by city staff.

One of the first services to be reopened, while not fully, is the Derby Public Library. As of Mon-day, the library’s drive-thru was back in service. It will be open from 9 a.m. to 6 p.m. through the week and 9 a.m. to 1 p.m. on Saturday.

Sexton noted that, in some ways, the library reopening is viewed as a mental health service – an outlet to give residents something to do – though returning to full operations, like the state, will happen in phases.

“Getting back to normal is a long ways away,” Sexton said.

Rock River Rapids is another community amenity that will have a carefully structured reopening. As of now, Sexton said the water park will open no sooner than June 1. Additionally, the park will be taking extra safety precautions this summer – closing two of its slides, removing tubes for use in the park, reducing touch points (i.e., closing the concession stand and utilizing vending ma-chines instead) and more.

Talking with the CDC, the city and the Derby Recreation Commission have used that to shape their plan for the water park moving forward. Most of that focuses on fewer people in the pool (to mitigate the risk of virus spread) and more chemicals. Sexton noted most of the procedures for the water park have been worked out; it’s now just a matter of getting CDC approval.

Council member Tom Keil questioned if a cost-benefit analysis might be prudent in determining park operating procedures, but Sexton stated the park does not typically make money. It is viewed as a service to the community and, given the current situation, a physical and mental health break for kids.

Normally, the city does spend money on advertising Rock River Rapids each summer, which Sexton said has also been put on hold.

“It’s not about being a regional park anymore because then we’re just encouraging tourism or travel, and that’s probably not going to be encouraged this summer to travel between communities so much,” Sexton said.

Members of the council were in favor of figuring out a way to safely open the water park for the community, though Sexton said that if things don’t get better with the spread of coronavirus it would a liability to open it.

Future summer activities that could be impacted include the community Fourth of July display. Sexton noted it has been budgeted, but staff is open to not having it, though it is believed it could be put on with proper social distancing implementations in place.

Right now, the library drive-thru is the only city service returning to normal during the state’s phased reopening, though staff will continue to discuss facility plans moving forward.

Reduction of staff hours for a number of employees at Derby City Hall is one of many measures being taken by the city in an effort to make up for a projected $1.6 million revenue shortfall due to COVID-19.

Given the specifics of the current situation, the first measures taken by the city of Derby staff to address COVID-19 focused on safety and security.

After addressing the immediate needs, though, attention soon turned to finances – with city staff reporting on the current budget situation to the Derby City Council at its April 28 meeting.

Derby has a history of being conservative, City Manager Kathy Sexton noted, so it remains in a good financial position even as staff are projecting a $1.6 million revenue shortfall (on an annual budget typically around $40 million) due to the coronavirus.

Sales, gas and property taxes may take a hit, but city staff has been cutting “low hanging fruit” where possible to make up for some of the projected losses. Travel/training expenses have been cut, some vacant positions are being left unfilled and one-time projects or purchases are being de-layed, but given the city’s good position staff are also trying to be fiscally responsible and still manage some expenditures.

“We tried to not just blanket freeze everything. We tried to just freeze it for a minute,” Sexton said. “Sometimes when the economy’s down, it’s a great time to buy a new piece of equipment because nobody else is.”

Likewise, if departments have invested time and resources in the hiring process those have been allowed to move forward in critical cases (like police officers) while others have been delayed.

Cuts already made like the delayed purchases and hires are expected to make up for about half of the $1.6 million projected loss from tax revenue, according to Sexton, though she noted the difficulties haven’t really started for residents in that regard yet (making it hard to generate an estimated impact).

Temporary staff reductions have also been explored as a budget-saving measure.

A survey was put out to city employees (not including emergency personnel like firefighters and police officers), with 42 volunteering for a shared work program – reducing their work hours by 20 percent – and 23 volunteering for a temporary furlough for one month from April 26 through May 24.

“We literally save money because we’re only paying them for 80 percent of their time,” Sexton said of the workers on the shared work program.

Staff on the shared work program and voluntary furlough would be able to collect unemployment plus the weekly $600 from the federal government.

Reductions on staffing and potential trip postponements were seen as round two of cost-saving measures. With that making up for about half of the projected shortfall, Sexton said the city does not have to move to round three of cuts just yet.

“We have a healthy reserve, we don’t have to cut down to the penny of $1.6 million just because that’s our current estimate,” Sexton said. We’ve cut enough for now.”

On top of that, the city council still has the 2021 budget to think about – which was to be the topic of a workshop in June. Sexton said the plan was to discuss some supplemental purchases and street maintenance projects. While that may not be to the same extent as initially planned, she said the city is in a comfortable enough position where it can start making long-term plans for 2021.